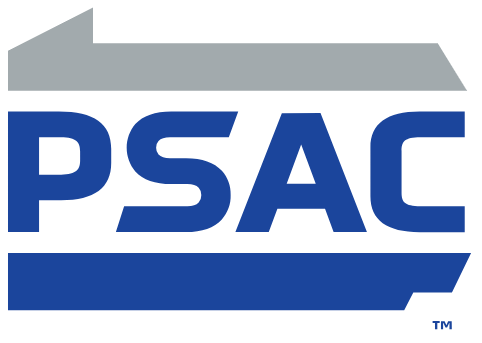 Several West Chester athletes were recently honored for their performance this season in their respective sports and in the classroom.

Starting on the women’s side, Hayley McGee, Kiley Kergides and Kaitlynn Haughey were named First Team All-Americans by the United Soccer Coaches Association while Faith Matter was named to the Second Team. McGee has had an exceptional season in goal for the Golden Rams, posting a school record 22 wins to go along with a .933 save percentage. Haughey, who was also named the Pennsylvania State Athletic Conference (PSAC) East Player of the Year, has been a force on the offensive end for West Chester. She has tallied eight goals and six assists on the year so far, including two game winners and figures to be a major part of the Golden Rams team for years to come with two years of eligibility left remaining. Matter led the team in scoring with eight goals and nine assists and was also named this year’s Rookie of the Year, joining Haughey as the second consecutive West Chester athlete to capture the honor. Last but not least, Kergides had a terrific campaign on the defensive end, helping hold opponents to an average of 8.5 shots per game. In addition to her defensive efforts, Kergides also added three goals and two assists including two game winners. All of these players have played a crucial role in the team’s successful season which was capped off on Saturday with an appearance in the National Collegiate Athletic Association (NCAA) championship.

For field hockey, Adriana Palumbo was named the Elite 90 Award winner by the NCAA. This award was given out to the player with the highest grade point average among those competing at the finals site. Palumbo is a public health major who averages a perfect score on the 4.0 scale during her college tenure. She is the third Golden Ram to win the award after Nancy Stehman and Liz Wilson, and the first since 2012. On the field, she added five assists this season and played a pivotal role in the team’s deep playoff run which recently concluded with an appearance in the NCAA semifinals.

In women’s volleyball, Jamie Byrne and Hailey Lewis were named to the College Sports Communicators Academic All-District Team. In order to receive consideration for this award, student athletes must maintain a GPA above 3.5, play in over 50% of their team’s games and be a starter or key role player throughout the season. Bryne finished eighth in the PSAC in assists with 783 and ranked second on the Golden Rams with 43 aces. Lewis ranked 15th in the PSAC in blocks with 67 and was also recognized with All-PSAC honors for her efforts.

Switching over to the men’s side, seven football players were named to the All-PSAC squad for their performances on the field this season. Jackson Taylor, Zach Liggitt and Ja’Den McKenzie received first team honors while Caelen Krasley, D’Shaun Seals, David Blay and Sean Henry were named to the second team. Taylor, a junior linebacker from Glenside, was a leader on the Golden Rams defense this season, posting a statline of 97 tackles, six sacks and four fumble recoveries. In addition to the All-PSAC honor, Taylor was also named the PSAC Eastern Division Player of the Year. Liggitt was also exceptional on the defensive end for West Chester, finishing the campaign with 24 tackles and 7.5 sacks. His sacks were good enough for second in the entire league and together with Taylor he anchored a Golden Rams defensive unit that gave up a respectable average of 22 points per game. McKenzie, a junior running back from Morton, finished the year with 782 all purpose yards and eight touchdowns en route to his third consecutive all conference team. Krasley, an offensive guard, led the way for McKenzie and the rushing attack this season, helping the Golden Rams average 170 rushing yards per game. Seals, a sophomore wide receiver, led the team in receptions, catching 27 passes and five receiving touchdowns. Blay, a freshman defensive tackle from Levittown, made an impact right away for the Golden Rams in his first campaign, recording six sacks, four quarterback pressures and a forced fumble. Last but not least, Henry handled the kicking duties for the Golden Rams, making 14 field goals and 29 extra points on the season.

In men’s soccer news, five players were named to the All-PSAC East Team. Andrew Markopoulos, Craig Potts and Daniel Good were named to the First Team while Frankie Taylor and Jason Goldfeder took home Second Team honors. Good’s stellar year between the pipes for West Chester moved him into the record books for the Golden Rams as he now ranks fourth all time in victories (31) and tied for first in shutouts (18). Potts and Markopoulos, while a part of a great defensive unit, were dominant on the offensive end as well. Potts finished the season with six goals, connecting on over 64% of his shot attempts, while Markopoulos contributed four goals and two assists. Taylor scored four goals on the campaign and added two assists for a total of 10 points. Goldfeder rounds out the PSAC Team for the Golden Rams and he contributed a goal in four assists in his first year at the helm for West Chester. All five players helped carry the Golden Rams soccer team to another winning season and a PSAC Tournament appearance.

Each year, the University does a great job of recruiting top talent from around the area. There are many exceptional athletes performing at a high level at West Chester University, and these are just several of them. For more information on these athletes and to keep up with all things West Chester sports, visit the Golden Rams Athletics website, where you can find roster information, statistics, schedules, ticket sales and more.

Erick Klambara is a fourth-year media and culture major with a minor in journalism. EK924666@wcupa.edu