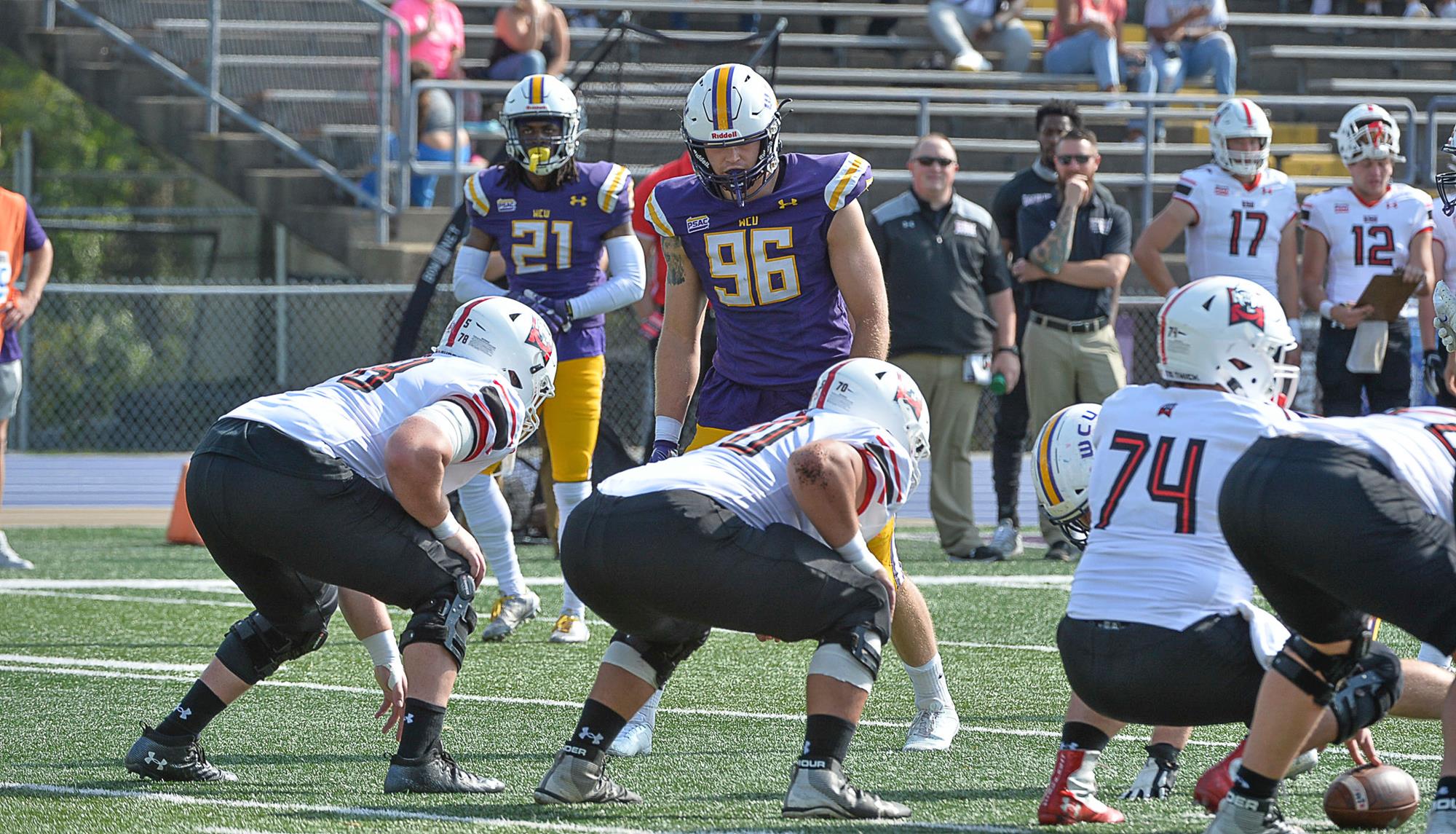 The 2022 West Chester football season has officially come to an end. The Rams had a solid season finishing with a 7-4 record. Sadly, the end of a season means the departure of beloved seniors who have called West Chester home for the past four years. Senior defensive end, Zach Liggitt, shares his experience of being a Golden Ram.

How has your experience been with the football coaches?

“One of the most important things that I have realized about the West Chester University football program is how much the coaches truly care. Most people would believe that the coaches are only worried about how players perform on the field, but this is definitely not the case. All of the coaches in the West Chester University football program realize that their players are students first. This means that they are constantly checking students’ grades and asking them on a regular basis how they are doing in their classes. This was something that I really appreciated my whole time here because they made it clear that they viewed us as students and not just football players.”

“Football is unlike any other community that I have ever been a part of. Athletes spend so much time with their teammates and this is even more true for football players. Every single day of the week West Chester University football players spend at least three to four hours together, and in total it is almost 25-30 hours a week. I have realized as a captain of the team and a teammate to 908 other people that there is nothing that can be compared to the friendships that you make with the other players on your team. Being a captain of the team meant that I also had a lot of control over what kind of dynamic our team had.”

Overall, how was the team dynamic?

“My main goal was always to make sure that my teammates understood how much it really takes to make a great football team. Everyone in the program must completely divulge themselves in the process of becoming a better team or ultimately everyone will just end up falling short. It is not easy because there are always kids who will slack off, but the key to having a great team is making sure that no one is left behind. This work ethic must be developed not only during practices, lifts and meetings but also on game days. All the work that we put in as a team during the week must be shown on Saturday. Preparation is always key when it comes to the sport of football because there are 11 people on the field at the same time, and if they aren’t all on the same page, it will be a disaster.”

Can you walk me through the game day experience?

“When everything is able to mesh together perfectly on a game day, there is no better feeling than getting a win with the teammates that you put so much work into. It is an electric feeling that is unlike anything I have ever felt before in my life. The whole time I have played this sport at West Chester, I continuously would try and remind myself how lucky I am to be to show up on Saturdays and play for one of the best programs in Division II football. Meanwhile, our team also has one of the nicest stadiums in the country, which helps create an amazing atmosphere that is unlike any other.”

Did you feel support from the athletic department?

“The athletic department is a huge reason that we have been able to be so successful in my four-year career here. Anything that a player may need to help them in any possible way can be provided by the athletic department. There is always someone to talk to that can help you through the problems you may be dealing with whether it is inside or outside of school. Throughout the years, I have seen some crazy things happen to my teammates, and the people that always help are either our coaches or someone from our athletic department. Something I have come to understand throughout my career is how every year the team changes. Almost 20-25 new freshmen are recruited every year to join our program so there is always an adjustment period. All of the older players have to show them the standards that we have as a team so they understand what it takes to win in our league. Overall, I could not be more thankful for the amazing time I was able to spend on the West Chester University football team, and I wouldn’t choose to change a single thing if I could.”

Rebecca Arnold is a third-year English major with a minor in Journalism.