Selena Gomez’s Personal Journey in ‘My Mind and Me’ 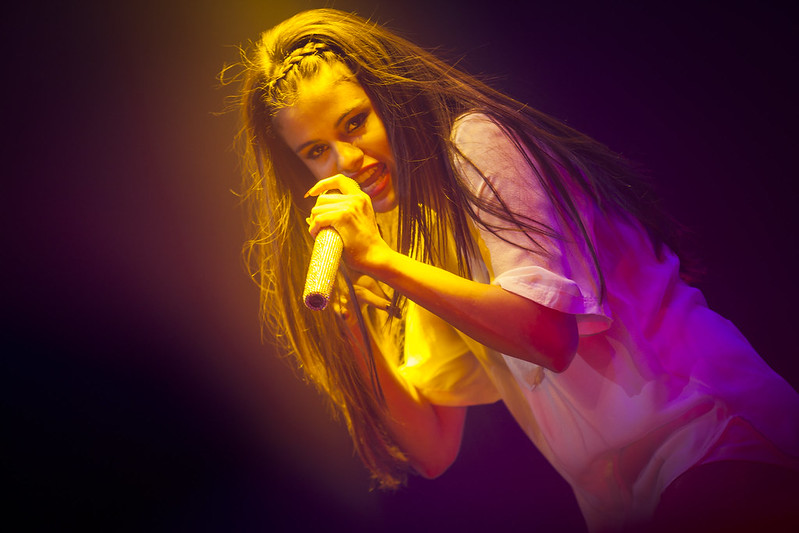 “But if I pull back the curtain, then maybe someone who’s hurtin’ will be a little more certain they’re not the only one lost”

-Selena Gomez “My Mind and Me”

Selena Gomez is someone who spent most of her life in the spotlight since she was on the hit Disney Channel show “Wizards of Waverly Place” that she started when she was 15. Even before that she did cameos in other shows, being on Barney & Friends at age 10. As she got older, she made her way into more adult fame in the fashion and music industries. By 2016, she received the title of most followed female on Instagram, passing Taylor Swift with over 103 million followers. She now has been in a multitude of movies and television shows along with six albums and an EP. She also owns her own makeup and skincare line called Rare, which is centered around enhancing women’s natural beauty instead of masking it. She has also dedicated a lot of her time to speaking out about mental health and working with mental health organizations since she has her own personal experience. But why, during all the fame, did Gomez still not feel good enough? Criticism from the public eye without a doubt takes a toll on someone’s mental health, let alone the outside factors Gomez was already dealing with which she shows in her new vulnerable documentary “My Mind and Me” on Apple TV.

On top of dealing with a toxic relationship that held public fascination, she was also dealing with mental and physical struggles. In 2020 she revealed that she was diagnosed with bipolar disorder, which she has unknowingly been dealing with for years, along with being diagnosed with lupus in 2014, which she almost died from. Her BPD caused her to have extreme depression and anxiety and even sent her into a psychotic break, which her close friend, Theresa Mingus, described her eyes as being “pitch black.” Her lupus would also cause her physical pain and fatigue and if she did not check her blood pressure constantly it could cause a stroke.

There are a few moments that stand out in the documentary that highlight Gomez’s struggles to make her own name outside of her past associations. She has a few moments where she is nervous that what she is doing is “too young” because she is afraid she will never be able to shed her immature Disney Channel image, this being an issue for many child stars. There is one moment where we see Gomez in tears talking about how the CEO of Interscope Records, John Janik, asked her about doing a song with Justin Bieber who she was dating at the time.

“When am I just gonna be good enough by myself? Not needing to be associated with anyone else.” Gomez said while crying.

There is another moment where she is in an interview and she is asked if there is anything else she would like to try besides acting, singing and fashion. She says that she would eventually like to try philanthropy, and that is when the interviewer abruptly cuts her off and finishes the interview. Gomez says the interview left her feeling like a product. The documentary reveals some of her most personal moments and thoughts which are touching people’s hearts and minds. This documentary is a good step into normalizing stigmas around mental health especially for child stars or people that have a platform. Everyone’s journey with mental health looks different, but all are equally beautiful and powerful.