When you engage, they win. Ignore hate groups on campus. 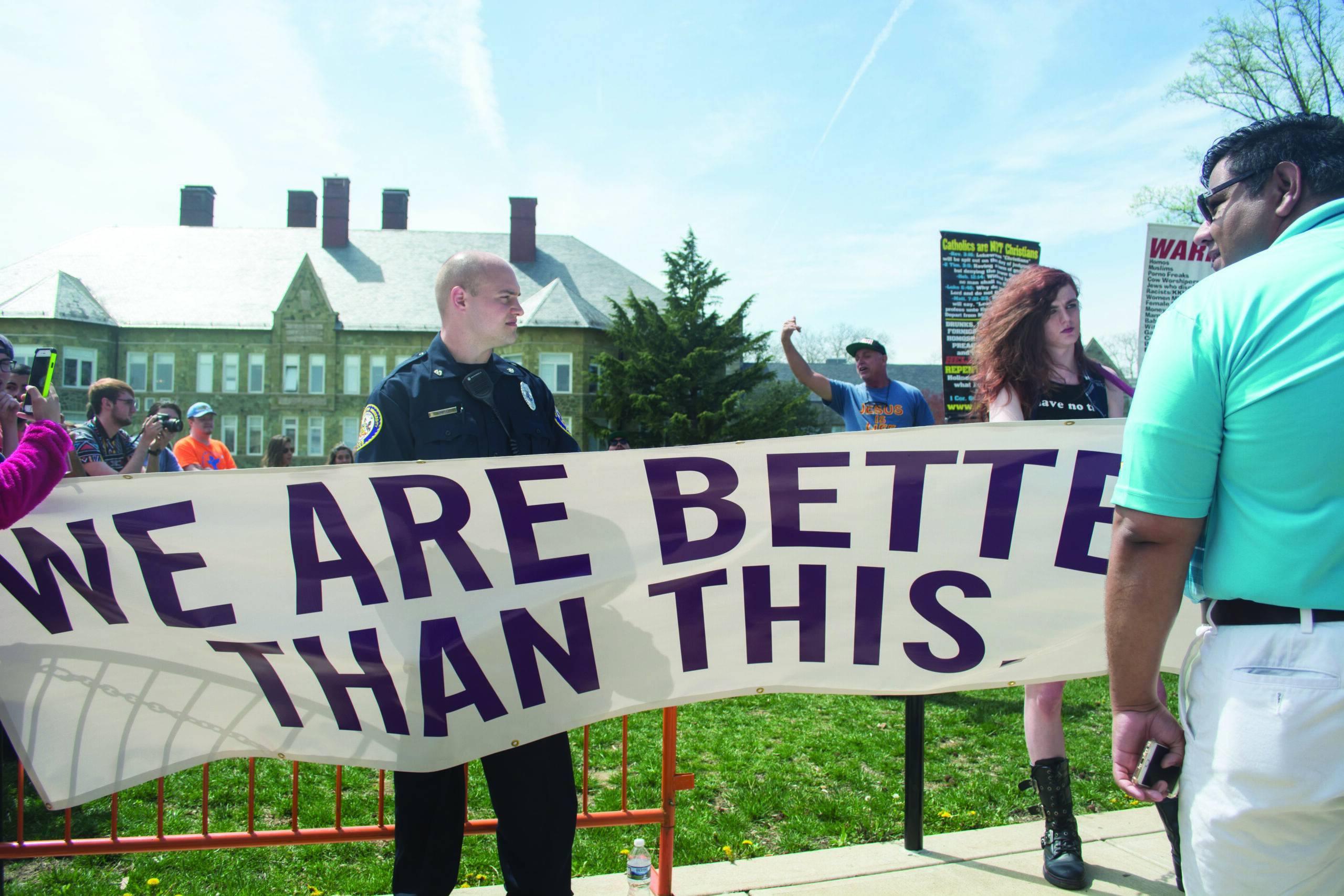 In today’s oversaturated and ungovernable state of the internet, college-aged students are not easily shocked. However, walking to class and seeing “Hell is hot. Don’t be a thot.” plastered on a sign in the quad is a thunderbolt of surprise. Extremist hate groups that frequent our campus make money every time their bigotry is fed with attention, and students must choose to ignore them.

Understandably, ignoring those spewing ignorant prejudice is harder than it sounds. Especially for the current generation attending college, Gen Z, who have been altered by constant exposure to grim realities. “The Irregular Labs survey found that 75% of respondents said being politically or socially engaged is very important to their identity.” Additionally, this generation is the most likely generation to boycott a product, company, country or state because of a political, social or environmental stance, according to the 2020 LendingTree survey. However, giving into the anger and the hate of extremist groups on campus only fuels these false protesters. They may believe what they are saying is true, but the vastly offensive claims are clearly meant to instigate and antagonize passionate students.

For example, the Key of David Christian Center protesters that have made multiple visits to West Chester University, wear body cameras for this specific reason. This group has a reputation of instigating fights on public campuses because if attacked, they can sue. Their motive is clear and harmful, and they are not worth the time, energy or safety risk apprehending them. In Spruce Street Harbor Park in Philadelphia, 2017, a man was caught on camera physically attacking the protest leader. The hate group only feeds off the attention, bringing viewers to their YouTube and users to their Facebook.

Let it be clear, silence and passivity are not typically the answer when marginalized groups are targeted. However, with these particular protests, students may be unintentionally giving strength to the cause with their passionate pleas. Fighting for important topics such as tolerance and social change is both brave and essential to our political climate. In a perfect world, no one would be subject to hate groups and ideally, our public campus could eliminate any threats. However, West Chester University is a public institution and is required by First Amendment laws to allow their presence. These groups have taken full advantage of these freedoms, visiting multiple public universities across Pennsylvania, Maryland and Delaware.

Gen Z is changing activism with their fearless approach to social issues, and the anger these hate groups imbue is entirely valid and necessary to acknowledge. Students, take that frustration and turn it into an opportunity to educate yourself and instead power anti-hate groups. WCU’s Office for Diversity, Equity and Inclusion has a monthly calendar filled with informational events and plenty of opportunities to fight for minorities and those targeted by these groups.

Freshman through grad students, the next time you see a sign declaring “feminists are witches” from the unwanted campus visitors, fight the urge to counterprotest and know your silence is the most powerful response to those seeking attention.

Julianna Skuba is a third-year Media and Culture major with a minor in Entrepreneurship. JS948797@wcupa.edu.