Spotlight of the week: Throwback ” Miseducation of Lauryn Hill” 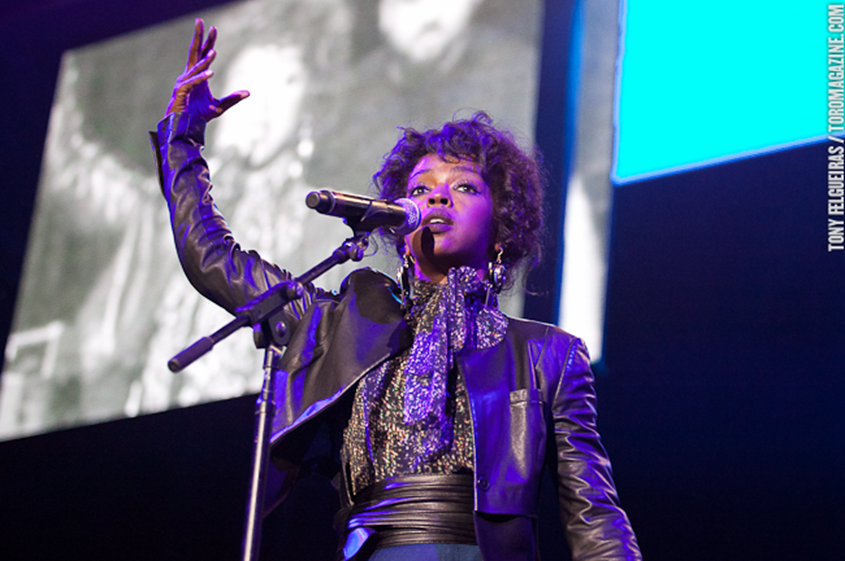 The importance and impact of Lauryn Hill’s only solo album ‘’The Miseducation of Lauryn Hill’’ are not to be diminished. Many rappers and singers, men and women alike look at that album as inspiration to pursue their careers and artistry from the likes of Nicki Minaj, Joe Budden, Jay Z and more.

Today we’re gonna go through the album and see what made it such a classic in the hip-hop community and what made this album achieve five Grammy awards. The album starts with the intro where you hear the teacher taking attendance by calling out names, but towards the end of the interlude the only one that’s not there is Lauryn. This leads to ‘’Lost Ones,’’ Genius reports  “This song is written to an ex, following a relationship break-up. It is Lauryn’s chance to release everything on her chest, after previously keeping a dignified silence. This song was aimed at Lauryn Hill’s former Fugees bandmate, Wyclef Jean.” The Fugees were a hip-hop group Lauryn was a part of alongside Wyclef Jean and Pras Michel. The song ends with the classroom coming back and the teacher asking them to spell out the word love. He asked them how many of them know songs and movies that are about love and if they can name them.

Then ‘’Ex-Factor’’ begins with Lauryn singing about why a lover of hers makes it so hard to be with them and why are they so toxic when “It could all be so simple (Ba-ba-ba-baby, baby, baby) But you’d rather make it hard (Huh, uh).” We get a guitar solo as the song slowly fades off. ‘’To Zion featuring Carlos Santana’’ is a beautiful dedication to her son. It ends with the classroom coming back and the teacher asking how many of them have been in love. So he asked one of the boys in the room what’s his idea of love and said when you’re willing to do everything for a person and other kids bud in on what their idea of love is.

Hit single “Doo Woop (That Thing)” starts playing with that familiar piano solo. It’s a very groovy tune as Lauryn talks about telling men and women to be cautious of “that thing.” The classroom comes back with the teacher asking the kids if they are too young to be In love and the kids reject this idea. One of the girls explains It’s the difference between loving somebody and being in love with somebody. As another girl explains her idea of love and with that, the teacher says we can end the conversation. The talk breaks are one of my favorite parts of the album because of how real and raw they sound and it’s something as schoolers we can relate to.

In the next song ‘’Superstar’’ Genius reports “Lauryn reflects on the reality of being a superstar, and how fame can erode artistic ambition if not handled well.” ‘’Final hours’’ is after that Genius reports this song “Lauryn takes the chance to talk about how superficial merits amount to nothing when God’s judgment is to come. She maintains that one has to invest on lasting things and principles in their life.” For me these two-song came and went, she was saying some real stuff in here but nothing that moves me particularly.

‘’When it Hurts So Bad’’ has Lauryn singing about why the love she has for this man isn’t reciprocated or appreciated and it hurts. This song has a classroom scene as well you should check out. ‘’I Used to Love Him featuring Mary J Blige’’ begins, in the song both discussed being in love but now realizing their situation was horrible and it wasn’t really love. “Forgive Them Father” and ‘’Every Ghetto, Every City’’ has Lauryn going over the places she grew up and what she did during her childhood that made her who she is now. The classroom comes back and a boy gives his idea of love and says it’s just a feeling and you just hope they feel the same way as the song ends. “The song fluidly brings back the theme of love and how it can make everything else seem irrelevant.’’

‘’Nothing Even Matters” featuring D’Angelo comes on and it’s a song I recognize from growing up listening to the radio and has a beautiful slow tone. ‘’Everything is Everything follows up next.’’ The song is pretty self-explanatory in the lyrics with Lauryn speaking on any type of struggle a person goes through, it happens for a reason and better times are coming.

Genius reports on the last track of the album, this self-titled song ‘’Miseducation of Lauryn Hill,” the final track of the original album. She explains the meaning behind the word “miseducation” The song is called, “The Miseducation of Lauryn Hill,” and it has a lot to do with how I figured out some things from my life. It doesn’t necessarily mean miseducation like I didn’t do well in school — as I did do good in school — but it has a lot to do with finding out about your own aspirations and your own dreams, and not those dreams and those aspirations that some might have for you….I encourage you to be strong, to be independent, to be positive, and to know that you can choose your own destiny and your own path….” There are two other songs Tell Him and Can’t Take My Eyes Off of you. Both see Lauryn confessing a true love for a person and not wanting them to go anymore. Her lyricism and how she composed the album makes it feel whole and gives it the unique beauty it needs. “Tell Him” is a standout track for me. It’s a beautiful love song to a lover of hers wanting them to know that she needs them. This body of work reminded me of what real talent and artistry looked like back in the day.