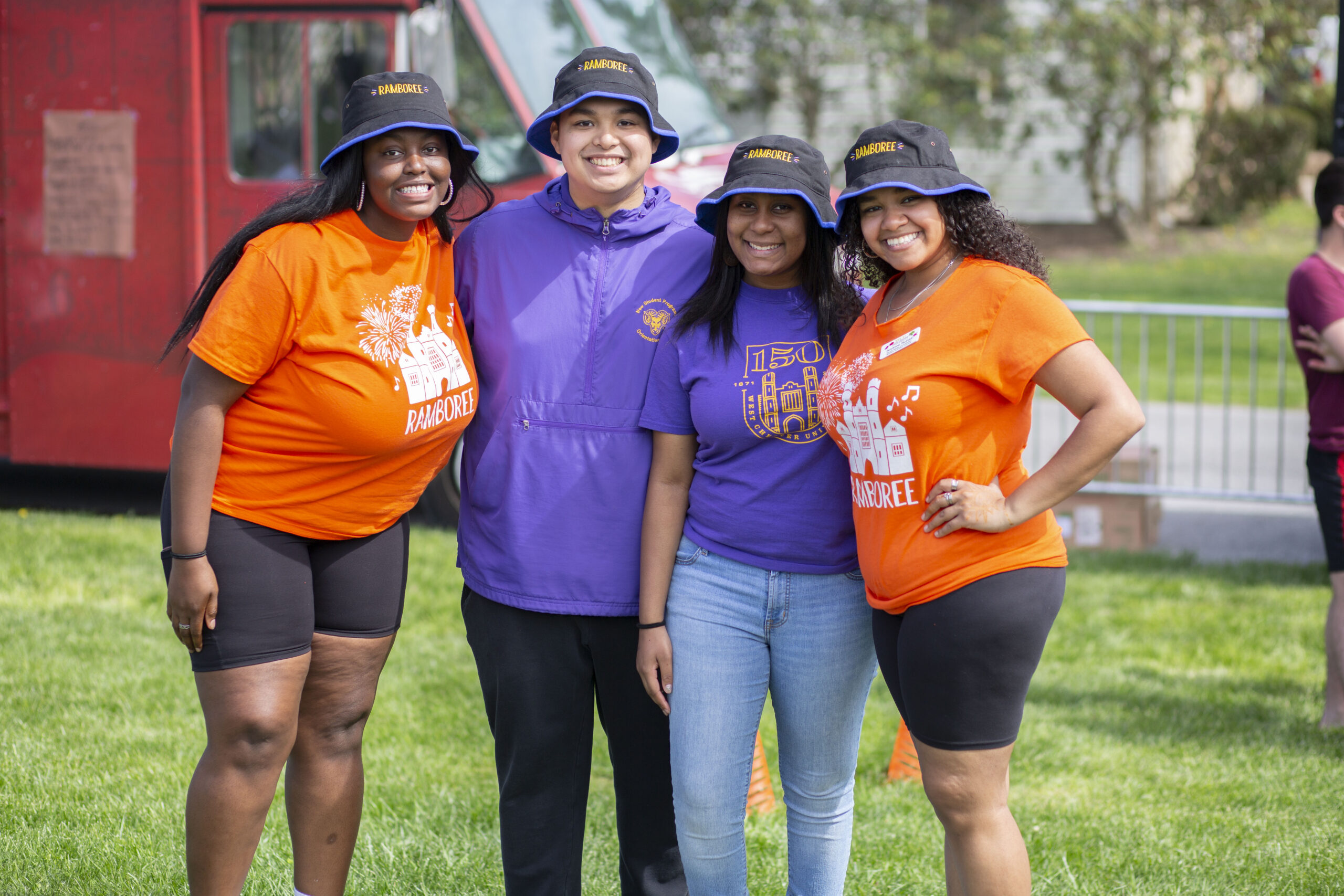 On Friday, April 22, several organizations came together to create Ramboree, an outdoor event for students and alumni. I had the pleasure of attending both Ramboree and the football game afterwards, which ended with fireworks. To get some insight on how others felt about Ramboree, I asked some of the attendees a couple questions.

Fanny Ortiz is part of the Student Activities Council (SAC), which is a group that plans events for students. Fanny helped plan both Banana Day and Ramboree. When I asked her at the end of the day about Ramboree, she said, “Ramboree turned out incredible today! I had a good feeling that the event would have a great turn out but the Golden Rams really showed up today for us and enjoyed themselves. We already have big ideas for next year.” Thanks for all of your hard work, Fanny!

To get students’ perspectives, I asked a few student attendees about how they liked Ramboree. Cherry Kivumbi went to Ramboree and stated, “I didn’t expect all the live bands and music, and I feel like that made the night even more special for me. Having new bands like Moonroof and seasoned bands like GoGo Retro definitely made me and everyone else want to dance. Even Rammy joined the dance party!” Rammy did join in on the dancing fun, which was funny to see.

Sadaayah Thomas is also a student at WCU who I got to spend some time with during Ramboree. She said, “It was a fun experience to play games with friends and try different food. Most of the performers were pretty talented and [I] enjoyed getting cute photos at the photo booth.” There were several different food trucks, and by approximately 3 p.m., two of them had run out of food. SAC gave the first several thousand students a food voucher for the food trucks, so there was always a long line at all of them.

Dan Eppley is a Media and Culture student at WCU who is also part of the radio on campus, WCUR. He said, “I’m Dan at the student discovery stage, we’re having a great time. Ali and I from the university station, WCUR, are emceeing all the great acts playing and performing today at Ramboree. It’s been so much fun! We are loving the energy and vibes y’all are giving us. The weather is great and we could not be happier.” Special thank you to WCUR for being the DJ for the event!

The first part of Ramboree consisted of concerts, a fun slide, carnival games, Henna tattoos, face painting, yard games, food trucks, tarot card readers and so much more. The football game was actually the WCU football team split in half, and they were playing against each other. It was a really great event and I’m so glad I was able to attend. Thank you to everyone who came out to the event!