The Ap-PEEL of Banana Day 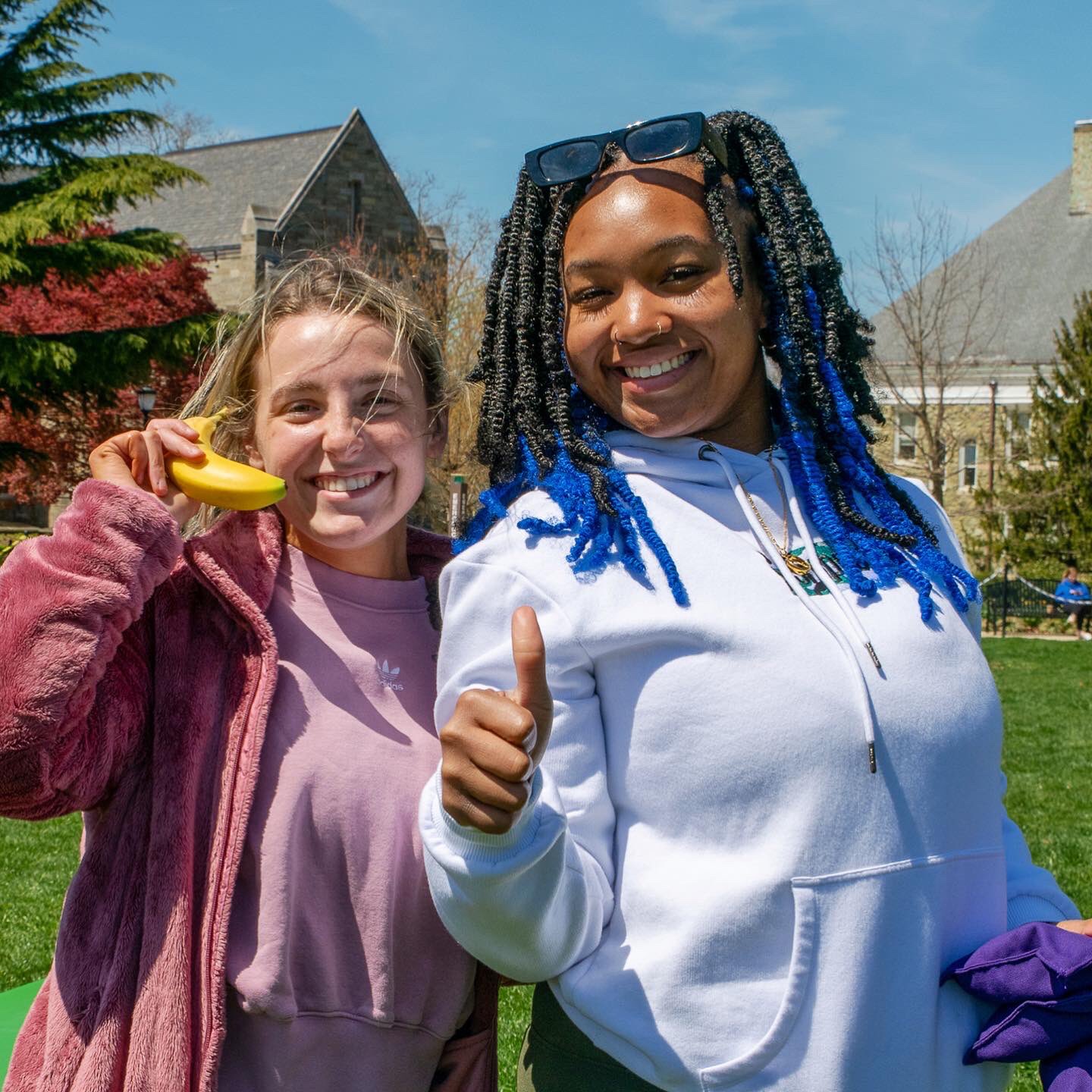 This past Wednesday, the return of the best holiday happened at West Chester University. On April 20, Banana Day was in full swing all throughout the campus until 3 p.m. This tradition started in 1996 and has been a favorite of students for 26 years. Years ago, then-student Rodolfo Tellez handed out over 3,000 bananas to his fellow students as a way to de-stress before finals week. This year, Tellez was able to make it to the event with his kids to show them the impact he has had on this campus, although he said, “I think they might be embarrassed to be with me today.” Nevertheless, it was wonderful seeing the founder of this special day enjoying himself and seeing what Banana Day has turned into.

Because of COVID-19, the event for the past two years has been virtual to keep everyone safe. With this year being back in person, everyone went bananas. In the academic quad, competitions went on all day for the chance of winning a limited, special Banana Day t-shirt. Games like banana toss, peel-the-banana-with-chopsticks race, volleyball, banana corn hole and tons of other booths and activities kept students enjoying themselves all day. This event was planned by the Student Activities Council (SAC), and members of the organization were even dressed up as bananas that everyone took pictures with. Two members of SAC, Andrew and Evan, talked about what this day means to them.

Andrew first stated, “I love the community. This is the most amount of people I’ve ever seen on the quad, so just the community involvement. Everyone comes out for Banana Day, everyone is excited and involved. I have random people coming up to me — there’s a group of people playing volleyball who, walking into this, didn’t know each other previously and there they all are, just playing with each other.”

“It’s a beautiful moment for our school’s culture,” Evan said, “it’s a great time to make some new friends and boost that school spirit. Nobody really knows what Banana Day is, so it’s a nice surprise waking up and there’s just a ton of bananas everywhere. It adds to the magic of the day.”

Over in Sykes Student Union, WCUR — West Chester’s college radio station — was outside playing pumped up music to students and cars passing by to add to the excitement of the day. Inside, there were more games like flip cup and musical chairs, also with a prize of an exclusive t-shirt.

Lawrence Dining Hall’s theme for the day was — you guessed it — bananas! They served all different types of banana-themed dishes, along with the berry itself. That’s the other thing that Banana Day brought West Chester — fun facts, like how a banana is not considered a fruit, but a berry.

Now, you must be thinking about the number of bananas used for this. To be exact, there were thirty cases of bananas used to make this tradition what it is! This year, this event was partnered with Banana Loca, a tool used to fill banana centers with things like Nutella, PeanutButter, etc. to create a sweet treat! Their mascot, Loca, came out and even became best friends with the beloved Rammy. Overall, this year’s Banana Day was a huge success, and we can’t wait for many more years of this tradition to continue!

One thought on “The Ap-PEEL of Banana Day”