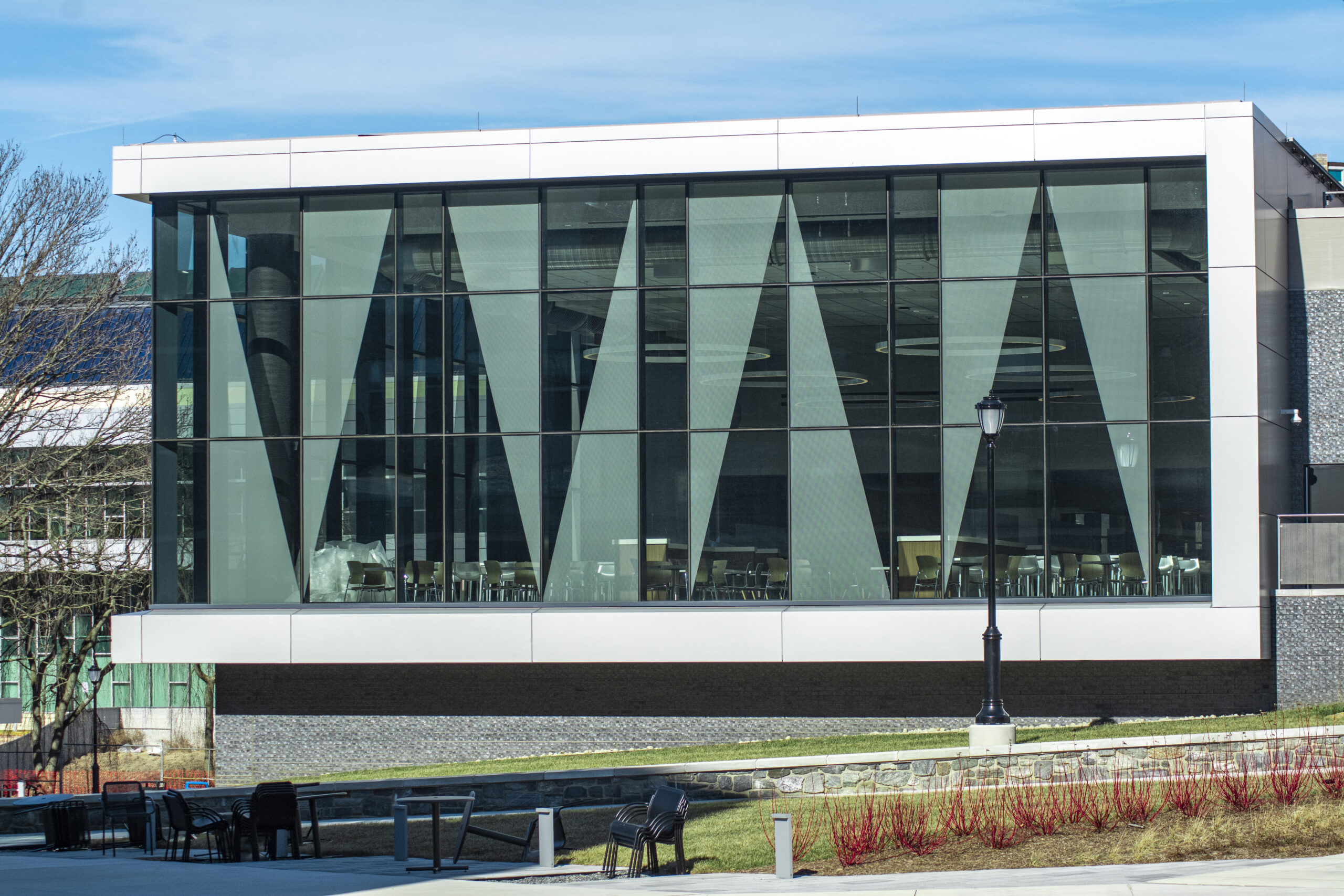 Last Friday, April 1, the long-awaited, brand new, state-of-the-art SECC Dining Hall opened at West Chester University. Students sitting in Lawrence around 9 a.m. were ushered out and herded to the new dining hall. They were greeted with the student body’s first taste of a new generation of flavor.

A student described smelling the “decadent odor of pizza” rising from the building as she approached it for the first time. “It was just incredible,” she remarked. “Despite the Dining Hall being brand new, my Sierra Mist was flat, I found a fingernail in my salad and my roommate accidentally stuck her finger in gum underneath the table. It’s exactly what I would expect from West Chester, and I would not want it any other way.”

Another student said he “did not particularly love the decor,” and gestured to the various ladders, exposed wires and plastic tarps within the dining hall. “I’m not sure if this is supposed to be avant-garde or something, but I think it’s pretty [expletive] hideous,” he said.

A third student was awestruck. “They have done the impossible,” he said. “I never thought I would see this building open and functional. I figured they would milk the allure of a new, flashy building to wow high school seniors’ parents for a few more years.”

The Dining Hall will be opening in waves, as described by University President Christopher Fiorentino during a conference Friday morning. The first wave is, as he described it, the “Pizza Wave.”

“Students will have access to as much pizza as they desire,” Fiorentino explained, and was met with roaring applause. He said that the second phase, the “French Fry Phase,” will begin next fall. Vegetarian and gluten-free options were not accompanied by an arrival date due to a supply chain/Ukraine/labor shortage/COVID-19/unprecedented times disruption.

As we all know, the SECC dining hall has been delayed multiple times and was initially meant to open in the fall of 2020. President Fiorentino claims this date was always a placeholder and that it should have been taken with a grain of salt. Fiorentino, who makes approximately $296,000 per year and does not believe that tuition at West Chester should be free, claimed that his quote regarding the SECC opening in 2020 was taken out of context and misinterpreted. “Few people realize this — but that was actually a bit. My dry sarcasm is often taken too literally,” Fiorentino said. He continued to explain that, “when listened to in reverse, the audio of me saying the dining hall would open in Fall of 2020 says, ‘The dining hall will open April first, 2022.’ Not many people caught onto that Easter egg.”

A representative for Aramark, the company that employs West Chester’s dining hall workers, declined to comment when asked why they felt they were having trouble finding employees. Notably, the starting wage is not listed on Aramark’s website.

A few weeks ago, I spoke to a construction worker on the site of the SECC dining hall. He informed me that his manager had disappeared with the blueprints and staff were unsure of what to do next. “People are saying he went to Cancun,” said the worker, who wished to remain anonymous. “My coworkers and I have mostly been standing around, leaning on shovels and moving tables back and forth when Fiorentino walks by.”

Perhaps that was the cause of the delays, perhaps not. That’s behind us now. What matters is that Golden Rams are finally able to eat Lawrence food in a building with larger windows. That is, truly, the greatest gift of all, and I believe we all owe a big “thank you” to President Fiorentino for always wanting the best for his students.

DISCLAIMER: This article is part of The Quak, a satirical series of articles that are released in commemoration of April Fools Day.