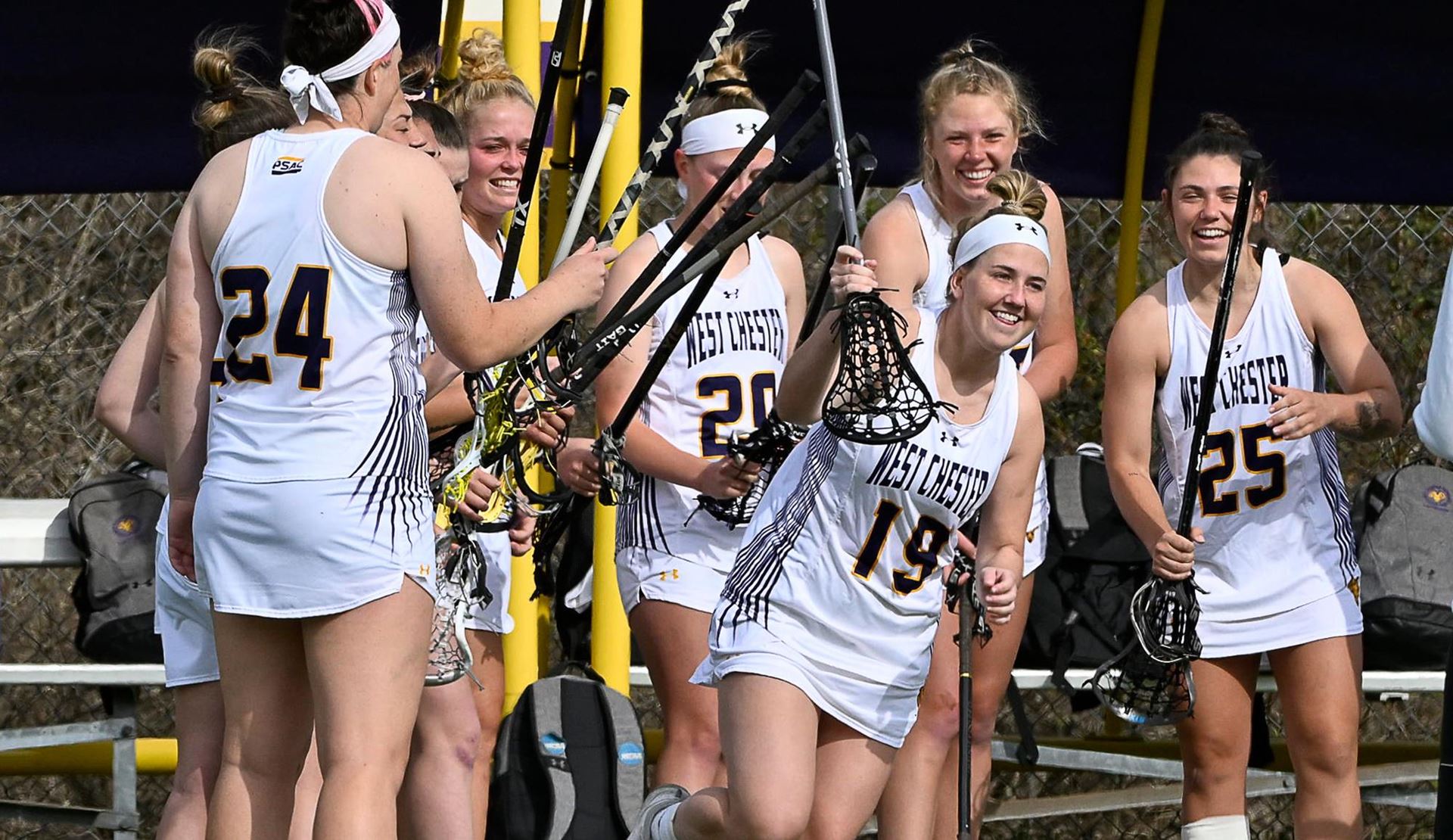 West Chester University’s women’s lacrosse team has gotten off to a great start to the 2022 spring season, winning eight of their first nine games.

Coming off of a highly successful 2021 campaign in which the team finished with a 13–1 record, expectations were high for the Golden Rams this year. West Chester has been a force on both ends of the field. Through nine games, the team has outscored their opponents 154–80. They are scoring on an impressive 53% of their shots, while their competition is scoring at a 40% rate.

The Rams opened up their schedule with a dominating four-game winning streak, with wins coming against Mercyhurst University, Belmont Abbey College, Shippensburg University and Millersville University.

On March 22, the team lost their first game of the season to East Stroudsburg. The Rams fought hard and made a late game run to get the game within striking distance, but it was ultimately not enough as they were defeated by a score of 13–9.

Ever since the loss at the hands of East Stroudsburg, West Chester has been firing on all cylinders. In the four games since, they are 4–0 and have scored over 20 goals three times including a 24–6 rout over Bloomsburg on March 26.

Keri Barnett, a freshman from Glenolden, Pennsylvania, leads the Golden Rams with 35 goals so far on the campaign. She has been on a tear, scoring multiple goals in eight games. Her best performance came against Shepherd University when she scored seven goals on 11 total shots in West Chester’s 23–10 victory.

Lindsay Monigle, a senior who was named to the PSAC All Conference First Team in 2021, leads the team in assists (34) and total points (52). She has done a great job getting her teammates involved and has been a huge reason for West Chester’s success this season. In addition to being named to the All Conference team last year, Monigle also played a pivotal role in helping the Golden Rams capture their 24th PSAC title.

Goalkeepers Amber Weedon, Jessica Gorr, and Ellie Hughes have led an impressive defensive unit, allowing a total of 80 goals in nine games. Weedon has seen the most action so far, compiling a 4–1 record and 40 saves over 287 minutes of play. In 237 minutes, Gorr has 35 saves, and a perfect 4–0 record. Hughes saw action in the win against Belmont Abbey earlier this season, where she saved two shots in the Golden Rams 18–6 victory.

This all around effort from West Chester has them currently sitting in second place in the PSAC East standings behind East Stroudsburg who are undefeated with a 10–0 record. The Golden Rams will have a chance to avenge their loss from earlier this season when the teams face off this Saturday at East Stroudsburg University.

West Chester has five games left on the schedule to build momentum heading into the PSAC Tournament which will begin on May 3. A win against East Stroudsburg would shake up the standings and provide a confidence boost for a team that has been nearly perfect so far this season.