Behind the Camera: “X” 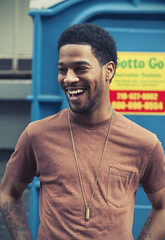 A24 Pictures have always grabbed my attention whenever they release a new movie, and for good reason. A24 takes risks to let directors do what they want with limited studio interference. That isn’t to say they can do no wrong, seeing as some of their produced work does come off as pretentious at times (see “The Green Knight”), but they more than make up for it with films such as “The Lighthouse.” With the recent release of A24’s newest movie, “X,” I had to see how their newest horror film shaped up.

The most striking thing about “X” is the director’s clear inspiration drawn from the “Slasher” films of the 1970’s, especially “Texas Chainsaw Massacre.” Everything from the set design, costumes, writing, props and even the cinematography successfully emulates that time in film history. However, what separates “X” from other movies is its frank honesty in where it draws inspiration from, and the film’s careful and deliberate style of filmmaking that comes off as much more than some cheap clone to the film that inspired it and pays homage to.

The cinematography of “X” comes off as beautifully unsettling as it makes good use of slow camera pans, lingering, overhead and tracking shots that slowly introduce a sense of foreboding and dread that worms its way under the viewer’s skin and doesn’t let up. One very noteworthy instance of camerawork, as well as editing, is how the filmmakers splice together two different shots and flit between them. This is deliberately done, in my opinion, to not just emulate the use of film cameras, but also to disorient the audience so they feel even more uncomfortable. As an aside, the use of match-on-action is used as a fantastic effect.

The camerawork is then compounded by the mise-en-scene that heightens this tension until it snaps. Harsh lighting is used to create this constant feeling of disorientation during the daytime as the characters are introduced to the isolated ranch where the horror takes place. This is then supplemented by liberal use of shadows during the nighttime sequences as the murderous eldery couple are shrowded in darkness. Meanwhile, the set design feels at times claustrophobic in the scenes that take place indoors, while the outdoor set design feels imposing in the sheer amount of emptiness, due also in part to how each shot is framed within the set.

The film’s score, created by Tyler Bates and Chelsea Wolfe, is essential to the horror on screen as it not only works in conjunction with the camera work and mise-en-scene to heighten the tension, but also to shock the viewer as the violence explodes on screen. The score uses the music of the time period not just to keep the movie grounded in its narrative setting, but also to keep the tension wound up. Two great examples of this are the use of “Landslide” by Fleetwood Mac and “Don’t Fear the Reaper” by Blue Oyster Cult. The point of the two songs fit seamlessly as they talk of aging and death respectively, and are used to brilliant effect in two different scenes. Without spoiling it, Bates & Wolfe’s use of “Don’t Fear the Reaper,” will now always put me on edge whenever a movie uses it for any scene.

On the subject of narrative, the film does dip a little bit into gazing at its own navel, as is the case with quite a few A24 films, but doesn’t come off as artificial. The ideas of sexuality, morality and new generations versus the old are all touched on in “X.” There is a great bit in the film when the film crew is sitting around chatting and Ortega’s character questions how the two actors can act so nonchalant about having sex as their job. Her attitude towards them portrays her sheltered, conservative view about sexuality, and the ensuing dialogue between her and the group explores the nature of human sexuality. This open-minded view of sex is contrasted violently by the elderly Pearl and Howard, hunting the film crew for being immoral in their sexual freedom, while hypocritically perving on them for their beauty and youth.

“X” does have some issues, however, as it does feel at times like it is rushing to get to the shocking violence and sex, and not doing enough with the themes and ideas it calls attention to. Director Ti West does display a fresh and original take on the slasher sub-genre of horror, and it serves as a love letter to films that inspired it such as “Texas Chainsaw Massacre” and other exploitation of the 70’s, but leaves a lot left unexplored with the narrative it presents. Despite these flaws, “X” is perhaps Ti West’s best work to date, and if you are looking for a shocking and fresh horror movie, go check it out!