Spotlight of the Week: Why Your Favorite Artist Doesn’t Drop Often 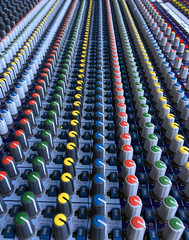 Rihanna, Frank Ocean, Sza, Bruno Mars (excluding his last project with Anderson Paak), Kendrick Lamar, Adele and Lorde are all notorious for taking long gaps when dropping new projects, leaving their fans wondering — why? It’s hard to not be selfish when it comes to wanting new music from your favorite artist because of how much you love them and their craft. But from the artist’s perspective, life is always happening around them, whether positive or negative.

Most artists love their craft, but what comes with dropping new music is sometimes why it takes time. Between touring, interviews, promoting and photoshoots, some artists would like to minimize how many times they have to go through that process throughout their career. Also, great music takes time.

For example, Sza’s last album will be turning six years old. Fans have been begging for another body of work since. Her project “CTRL” did well commercially and with fans. It is still on the billboard six years later, which is a clear indicator of how much fans love her music. Sza herself always has let her fans know that it’s hard for her to release her music to the public because it’s so personal to her and she’s a perfectionist.

Because of the music drought, some of her fans wanted to know who was responsible for the gaps. This led to her longtime manager and label head of TDE — Punch — being held to the stake. On Twitter, fans ask him why his artists like Sza and Kendrick Lamar take so long to create music. He responded by saying, “‘Cause they take their time on the music. It means a lot to them. It’s hard to make timeless music. And that’s the aim.” He also added in another thread, “Listen. First thing is this: it takes time to create timeless art. Second, NO ONE benefits from an album that isn’t out in the marketplace.”

A great point he made is music being a timeless art. Artists like the ones mentioned can make music that lasts for years, and to make that kind of work it takes time and perfection to do so. Therefore, we have to give them that space no matter how desperately we want new content. For Kendrick, his last album, “DAMN,” was released in 2017. As he makes his next album, he says, “Love, loss, and grief have disturbed my comfort zone, but the glimmers of God speak through my music and family. While the world around me evolves, I reflect on what matters the most. The life in which my words will land next.”

We don’t know what these artists are going through and we lack empathy for them because they don’t tell us all of their business because of how personal it is to them. Adele went through a whole public breakup and still managed to put out her last album, “30,” six years after the previous one — ‘’25.”

Rihanna’s “Anti’’ album was released back in 2016 and since then she has made herself a business mogul and is pregnant. Music might not be much of a priority for her right now. Same goes for an artist like Lorde. Before her last album, “Solar Power,” in 2021, she wrote to her fans in an email about what she’s been feeling making a new project and how she’s feeling mentally. “I felt my melodic muscles flexing and strengthening. Jack [Antonoff] came over to work in the studio in Auckland, and I went to LA. It flowed…a thing started to take shape. And then, of course, the world shut down. We’re still working away — Jack and I FaceTimed for over an hour this morning going over everything. But it’ll take a while longer.” She added, “I knew I needed a break from touring at the end of the last cycle. I was finding the combination of the brutal stage fright and having no fixed home and no connection with what I ate or where I lived extremely grim.” She also said, “but I know now how excited I am to get back out there. I want to be playing festivals again — hearing my intro music, watching the band walk on stage… Who knows when it’ll be safe to do those things, but I’m craving them, and I wanted you to know.”

Her last project, “Melodrama,” was released in 2017. Artists like Bruno Mars and Frank Ocean have dropped little singles, features and have done some appearances since their last albums in 2016. So every artist has a different approach when taking gaps in making music and what influenced them to create art again. So, as fans, we should appreciate what they gave us before and know that when artists like mentioned take a while to drop, they’re trying to put their best foot forward.