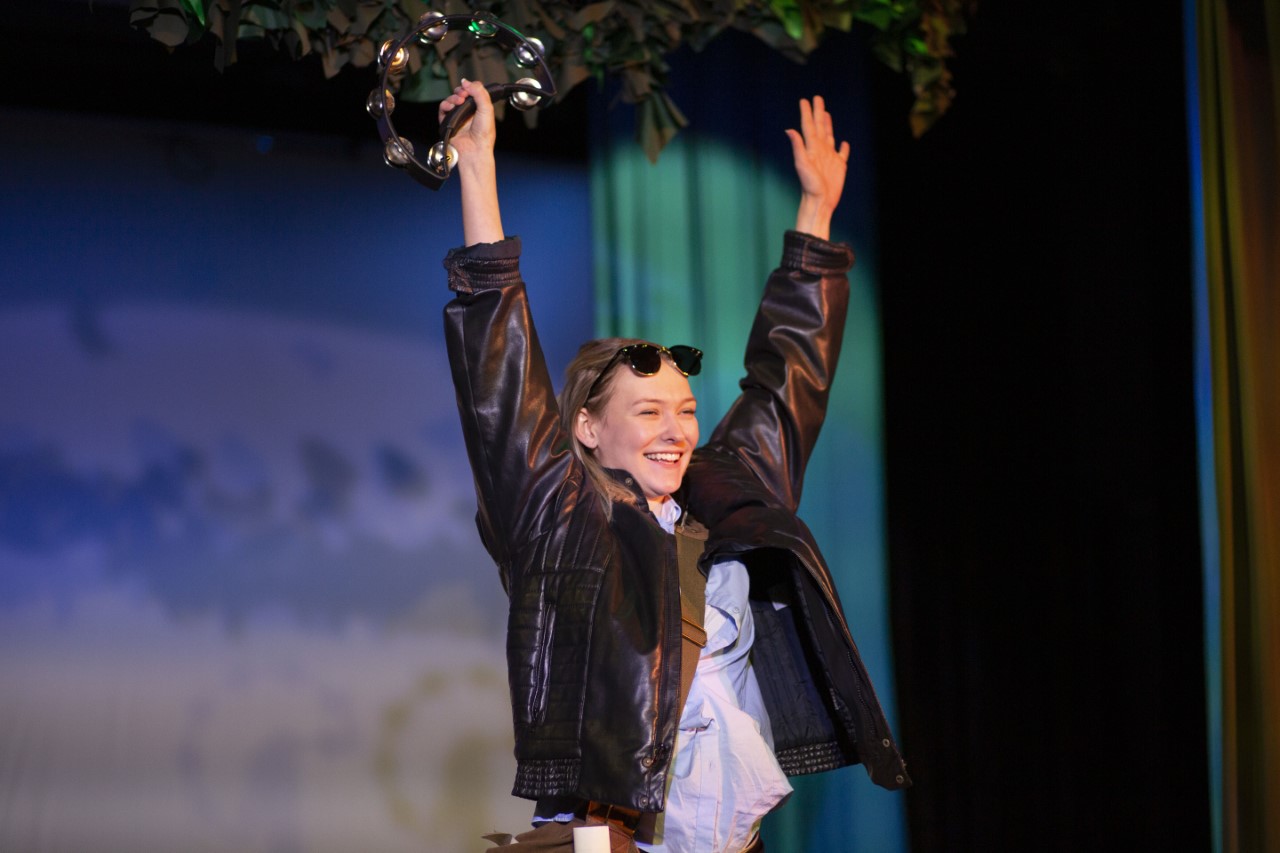 On March 3, WCU students in “A Winter’s Tale” took the stage for the first time. But what about the students heavily involved off-stage? Madelyn Ebersole, assistant director, and Liv Quinones, sound designer, are such students.

Madelyn Ebersole is a theatre student with a musical theatre concentration and a dance minor.

“My main role as assistant director is to give feedback and second opinions for the director,” said Ebersole, when asked about her role as student assistant director. “I was very lucky with this show as I felt my opinion was always valued, and I feel there is a little part of me in every scene, whether it was me giving direction to an actor or the director asking for advice.”

Ebersole brought up that she was also able to choreograph a number in the show, which is not surprising given her dance minor.

Since Ebersole has been involved from the start, she was able to give feedback on how the characters came to life and why the show was special.

“One of my favorite things is how the actors differentiate their characters, whether they play multiple ones or are playing the same one, with a time jump. Seeing their body language and speech change is very interesting,” said Ebersole, “I think this show is so special because it almost feels very intimate. Sometimes you can get lost, in that these are characters telling a story.”

Having the perspective of an assistant director, Ebersole can clearly see the impact the students off the stage make.

“The lighting and sound are also something to keep an eye out for. The subtle changes based on what is happening in the show make a huge impact,” she said. “I think from the actors, to the designers, to the space being used, you feel like you’re living through the events rather than watching them.”

Another student working behind the scenes is Liv Quinones, who is a soon-to-be graduate in the theatre department.

“As the sound designer, it is my job to build a realm above just the script, a realm that aids the director’s vision to come true,” said Quinones, describing her role as sound designer. “A world that exists in conjunction with the stage actions to allow for a fully immersed environment. Think of how much music affects your daily experiences, or your favorite TV shows.”

Quinones continued to eloquently describe her thought process on the music and overall job as a sound designer, making it clear she took this responsibility head-on.

“I have to often create and find songs, sounds, and tones that exemplify the show to create a soundscape that allows the audience a fully in-tuned experience,” she said. “Music can make you happy, make you sad, make you feel scared… It is the silent force behind a lot of emotion for a production.”

As a student in this role, it was asked of her to describe the times leading up to opening night and who the sound designer interacts with.

Quinones explained that, when it gets close to the first show, during tech, she works with the Stage Manager to place and give them the ability to “call” cues during the show. This way, the show sounds exactly how she imagined through each scene. When it comes to her role during the show, things change.

“It involves a lot of prep, patience, and the ability to fix on the fly when issues arise,” Quinones said. “During the show process, my role takes a step back as I pass off the pre-designer sounds to the Stage Manager and sound board to take the reins and make sure my vision comes out.”

Timothy Smith is a fourth-year Communication major with a minor in Journalism. TS944841@wcupa.edu