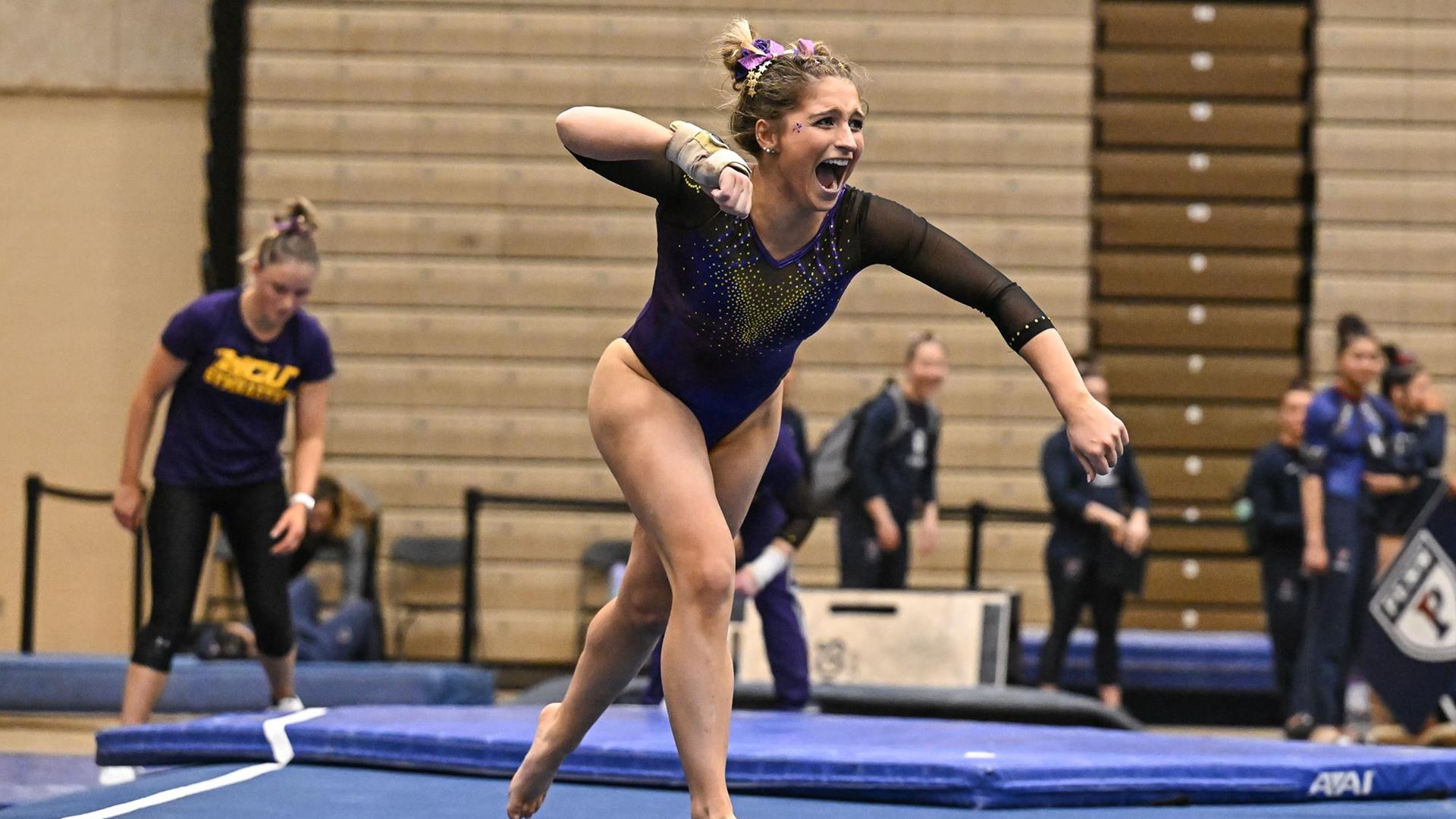 West Chester’s Women’s Gymnastics team had a historic performance at the inaugural Gymnastics East Conference (GEC) championships on March 19, 2022 in Providence, Rhode Island. The Rams competed in the evening session, which was reserved for the top four seeded teams in the conference, proving how successful of a season they have had. West Chester was the only division two program to make this evening session. The Rams shared the floor with Ivy League schools; University of Pennsylvania, Yale University and Brown University, the host of the meet.

The Rams started the day on the balance beam with a season high overall beam score highlighted by freshman Natalie Marshall, who scored a career high 9.85. Golden Ram sophomores Lily McFarland, Madison Whitaker and Caroline Cascadden each put up a solid 9.75 to help the Rams score a huge 48.8 on beam.

Continuing their momentum and strong start, the Rams moved to the floor exercise hungry for more. The top five counting scores for the Rams were above a 9.7, showing their strength in this event. Senior Jessica Meakim led the way, tying her career high and individual school record of 9.925. Fellow seniors, Mckenna Kissinger, Rose Fanara and Annie Bailey put up strong scores of 9.85, 9.8 and 9.725 respectively. Cascadden also put up a big 9.775. The Rams scored an impressive 49.075 on the floor exercise.

Moving on to the vault the Rams were solid. Sophomore Kiley Fred led the squad with a 9.75 on her huge vault. Freshman Caitlyn Allen hit one of her best vaults and tied her career high of 9.675. Meakim scored a 9.675 as well, and junior Kiah Johnson and senior McKenna Kissinger performed strong vaults, earning them both a 9.65. These scores all contributed to the Rams’ overall vault score of 48.4.

The Golden Rams ended their competition lights out on the uneven bars. Multiple strong performances led the way to the Rams earning the highest uneven bar score in school history. Sophomores Hyla Betts and Lauren Wicker both earned massive career highs of 9.825. Freshman Kristina Rodriguez scored a career high with an impressive 9.8, and fellow freshman Jordan Coleman also scored a 9.8. Meakim finished the competition for the Rams with a 9.725 and secured the new program record bar score of 48.975.

The Rams scored a 195.25, the highest team score in program history. This score helped them to place third in the GEC out of eight total schools. Jessica Meakim won the prestigious Woman of the Year Award for her contributions to the community and her performances both academically and athletically. The Rams are looking to have a strong end to their season at the USAG Collegiate National Championships hosted by Cornell in April.