What March Madness Means For a School 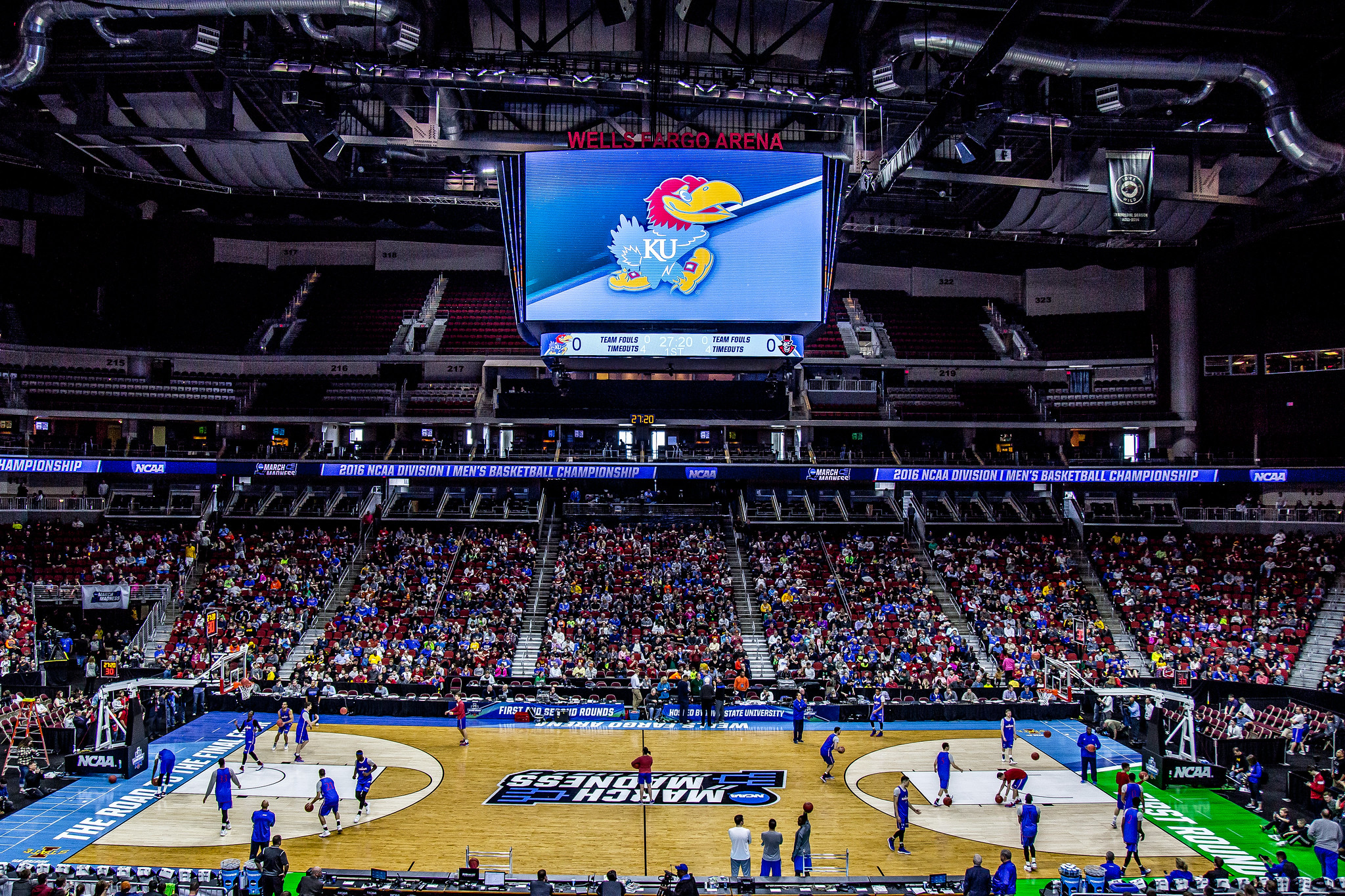 One of the most exciting times of the year that college basketball teams for men and women look forward to is the March Madness tournament. The NCAA details the event as “one of the biggest, most exciting and fun events in all of sports. Here’s everything you need to know about the NCAA Division I men’s basketball tournament, which has been played since 1939.

The NCAA Division I men’s basketball tournament is a single-elimination tournament of 68 teams that compete in seven rounds for the national championship. The penultimate round is known as the Final Four, when (you guessed it) only four teams are left.

For colleges as a whole, it gives small schools and big schools that are lesser known an opportunity to shine on one of the biggest college stages. That is why a lot of schools invest in their athletic departments for these types of moments.

Bleacher Report did an article on this very idea of schools benefiting from the shine March Madness brings. Ryan Resch wrote, “Take Butler University, for instance, a respectable school now known for its basketball team, but not before the 2009–2010 season. This is thanks to the Butler Bulldogs squad that pulled off one of the most impressive Cinderella runs in tournament history. With little belief behind them, the Bulldogs went on to defeat No. 1 Syracuse, No. 2 Kansas State, and No. 5 Michigan State on their way to the national championship game before falling to Duke. As a result of the run, Butler as a school emerged onto the national level while exciting its student body at the same time. Now, when people hear the name Butler they can associate the school with its basketball team and winning record, attention that a smaller school cannot take for granted. Then again, this tourney-effect is not only limited to the mid-major schools.”

Now Butler can be able to market itself as a destination for future freshmen and athletes because of the newfound success the school has. He wrote another example, stating, ‘’take a look at Baylor University from the Big 12. After the basketball scandal of 2003 that resulted in the murder of one player by another and a broken fan base, Baylor was revitalized with a surprise from the 2009–2010 Bears basketball team. Predicted to finish near the bottom of the Big 12, head coach Scott Drew took Baylor all the way to second place in the conference and an appearance in the Elite Eight. After that, Baylor was finally able to wipe off its tarnished image and continue building its new program, free from the past. Yet, national image is not the only item of importance when it comes to pulling out victories in March.” He continues, “A college’s athletic program lives and dies by good recruiting and when a player coming out of high school watches his choices battle their way through March, he cannot help but learn more in favor of that school which played better during the most important part of the season. Essentially, for those colleges that make it into March Madness, the teams do not play just for the individual or personal glory, but also for the reputation of their schools from public and player perspective.”

Hopefully, our very own Golden Rams will have an opportunity while we’re here to put our school on a national stage and get into the March Madness tournament. But for now, we can look at the small schools it’s affecting in a positive way bringing them the spotlight they deserve, like Saint Peters and Creighton.

Isaiah Ireland is a second-year Media and Culture major. II9780@wcupa.edu