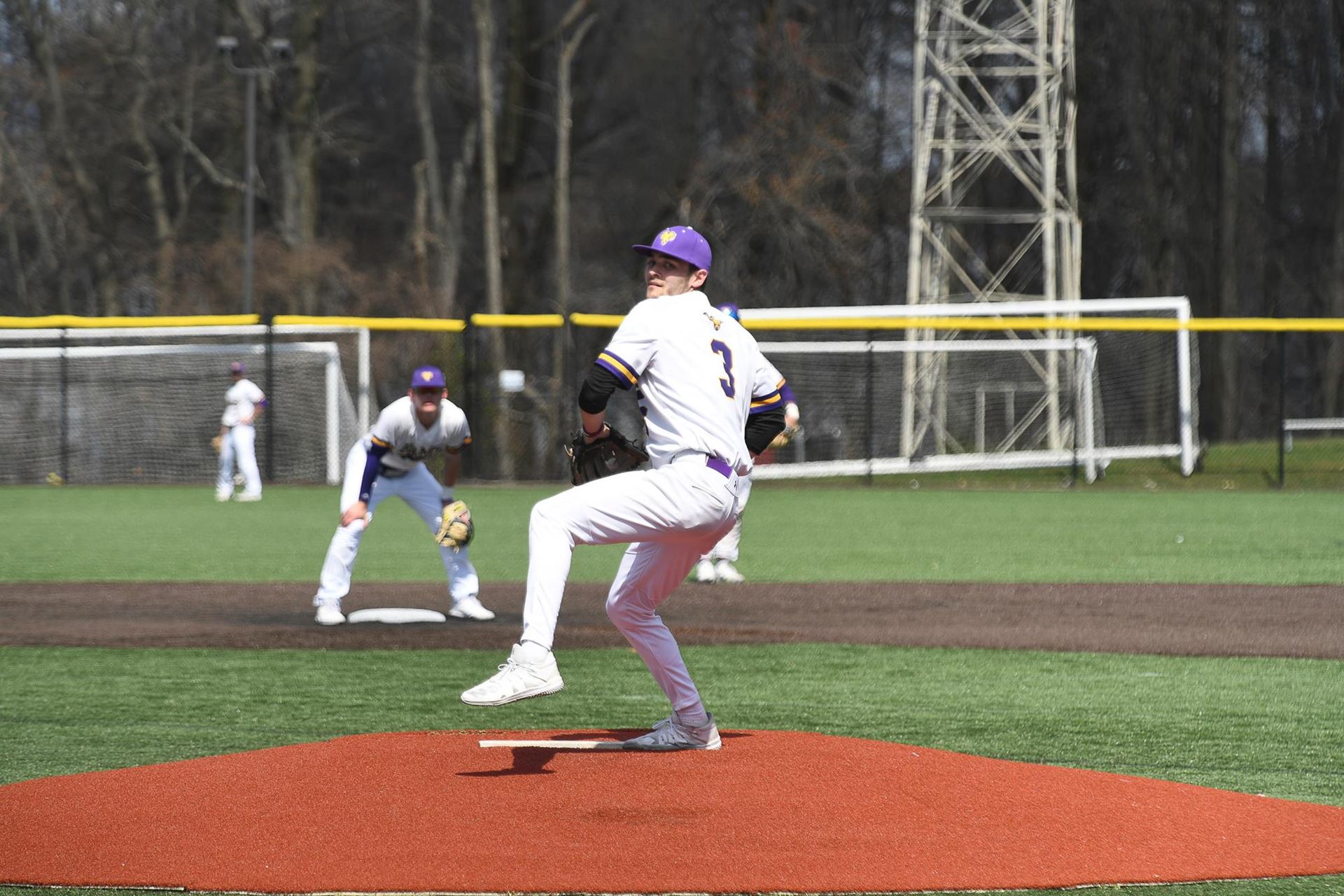 With spring fast approaching, baseball season is finally back. While the MLB continues to be on hiatus due to an owner-imposed lockout, college baseball is in full swing and West Chester University’s baseball team has gotten off to a fast start in the 2022 campaign. As of March 3, the team has a 6–0 record and has outscored opponents by a wide margin of 66 runs.

The Golden Rams season kicked off on Feb. 19 with a weekend-long tournament in Dinwiddie, Virginia. Led by graduate left-handed pitcher Braeden Fausnaught, who delivered five scoreless innings, West Chester handled The College of St. Rose in the season opener with a decisive 8–0 victory.

They followed this up in the second game of the doubleheader against St. Rose with an 18–4 thrashing in which the offense exploded for 19 total hits, including 3 home runs combined from Zack Wright, John DeMucci and Sean Szestowicki.

The third and final game of the tournament took place the following day on Feb. 20 against Saint Anselm College. The game was scoreless until the fifth inning when West Chester’s offense erupted for 12 runs, including back-to-back home runs by Keith Flaherty and Corey Stouffer. The Golden Rams later added three runs in the eighth inning, and one more in the ninth to make it a 160–0 game. Starting pitcher Joe Sperone was untouchable in his outing, allowing no hits and striking out six in four innings of work. The bullpen unit, consisting of R.J. Kuruts, Colin Kennedy and Andrew Cantwell, posted six more strikeouts and allowed only two hits in the shutout effort.

The Golden Rams continued their hot start with a three-game sweep in a tournament at Father Judge High School, which took place the weekend of Feb. 26. In the opening game against Pace University, the offensive explosion continued with Cantwell and Flaherty leading the charge with a combined six hits and nine runs batted in, en route to a 15–3 statement victory. The following day, West Chester took on University of the Sciences in a doubleheader. The offense combined for 22 runs in both games, and the pitching continued to impress, allowing a total of three runs and leaving hitters fooled time and time again.

This past weekend, West Chester was in Cary, North Carolina for one more tournament before league play begins. However, it is worth noting that play did not start as of the time of this writing so the Golden Rams current record is scheduled to change by publication date.

Through six games, the Golden Rams have produced a total of 76 runs, including 14 home runs, and a remarkable .387 batting average.

This impressive start has not gone unnoticed around the league and has propelled West Chester to number 22 in the Division II national poll and number two in the Atlantic Region.

League play will start for the Golden Rams on Friday, March 11 with a weekend series against Lock Haven University. This season’s schedule includes 40 total games, and the regular season is scheduled to commence on May 6. For more information on West Chester’s baseball team and for ticket information, please visit the West Chester University athletics website.