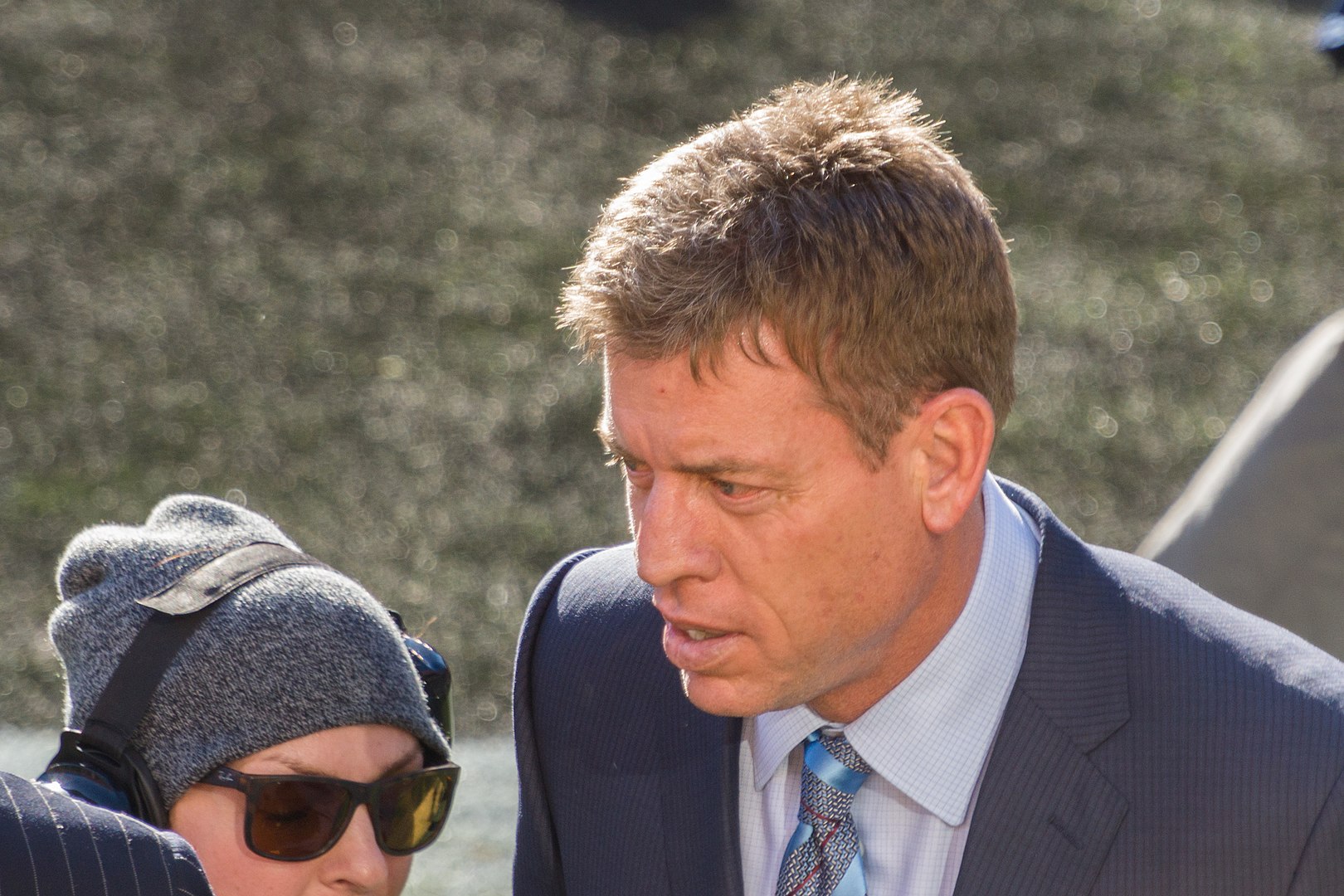 We all hear the news in the football world that players and coaches will be making departures and finding homes in other teams, or the NFL making new rule changes because of the previous season — but not so much in the broadcast booths that call the games. Of course, we have the big-time players retiring every season and starting their analyst career in the NFL media too.

In some unexpected news, it was first reported by Andrew Marchand of the New York Post that “Hall of Famer Troy Aikman is expected to leave Fox Sports to become the main analyst for ESPN’s ‘Monday Night Football’ […] Aikman’s ESPN deal will be for five years, according to sources, and his yearly salary is expected to approach or exceed the neighborhood of Tony Romo’s $17.5 million per year contract with CBS. The deal is not yet signed, but it is near completion.’’

Now if you don’t know about Troy Aikman, he’s the lead NFL analyst at Fox along with his counterpart, Joe Buck, who calls the World Series for Fox as well. The duo does most if not all of Fox’s prime-time football games, for example, America’s Game of the Week, or when Fox hosts the super bowl broadcasting rights that year.

Troy is also a hall of fame quarterback for the Dallas Cowboys and played 12 seasons with the team and played for UCLA in college. This new speculated deal is said to be the first of many to come in the broadcasting field. A colleague of Aikman and Buck at Fox, sideline reporter Erin Andrews, in an interview with The Spun said about the reports that, “I mean, no, I don’t want those guys to leave me, are you kidding? This has been the best career move I’ve ever made in my life and those guys are like my brothers or my best friends. I tell them everything and we have the best time — I mean I think, apparently I’m the only one that thinks that way because they’re leaving me. I don’t know, I’ll call you when their contracts are signed.”

The New York Post also reports that, “Already this offseason, the contract of Al Michaels, arguably the greatest NFL play-by-player of all time, ran out with NBC. Michaels, 77, has been on the one-yard line in his negotiations to be the lead play-by-play voice when Amazon Prime Video begins its exclusive coverage of ‘Thursday Night Football.’ Michaels had hoped Aikman would join him on Thursday nights.’’

Since the reports of Aikman going to ESPN instead of Amazon, who knows if Michaels will decide to stay with NBC or continue talks with Amazon. After winning the Super Bowl this year, there was speculation that Sean McVay, coach of the Los Angeles Rams, might contemplate retirement and head to the broadcasting booth, but he has since stated that he will be sticking with the Rams on the sidelines for next season. However, who knows if he will change his mind once irresistible offers get his attention over the coming weeks. Also, newly-retired Sean Payton of the New Orleans Saints is a candidate for a broadcasting job as well, and we don’t know what Drew Brees will do either. There’s a lot more NFL off-season to go, so we will soon know if all these speculations and reports will become reality.