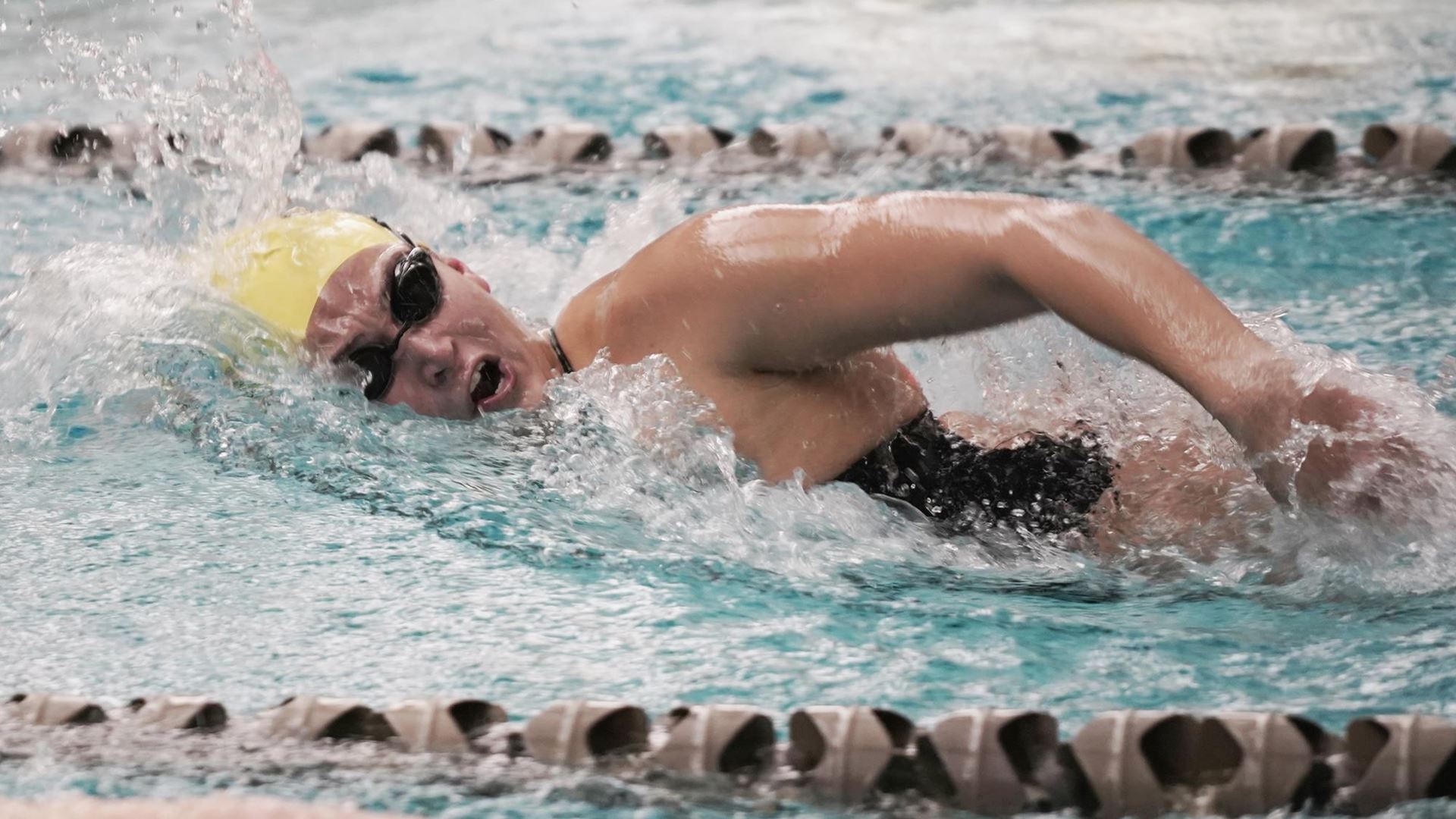 West Chester University’s men’s and women’s swimming teams were both victorious at the 2022 PSAC Swimming Championships last Saturday at the Graham Aquatic Center in York, Pennsylvania. In what has been a remarkable 21st century run for both teams, the men won their 23rd straight title, while the women took home their 15th straight title that they participated in. (Note: Both teams did not perform in the championship meets last season due to the COVID-19 pandemic). Both teams put on a clinic and many athletes, both men and women, delivered performances that will be remembered for years to come.

Starting with the men, Collin Pettit, a Senior from Havertown, won the 1650-yard freestyle, while teammates Tom Powell III and Max Bachman finished fourth and sixth respectively in the event.

In the 200 breaststroke event, Stephen Dow and AJ McClurkin lead the pack with Dow finishing first, and McClurkin coming right behind in second place.

Nolan Benner and Tyler Hall both put up strong performances in the 100 freestyle, with Benner capturing third place and Hall finishing two spots later in fifth.

West Chester opened up the first day with the lead and never looked back over the course of the four-day event. The team finished with a total score of 844.5, with Bloomsburg coming behind in second with a score of 606 points.

Moving over to the women’s side, Ann Carozza, a two-time All American and now three-time champion, took home the title for Most Outstanding Swimmer, with wins in four individual events including record setting performances in the 100 and 200 yard butterfly.

Keeley Durkin won the 1650-yard freestyle with a time of 17 minutes and 10 seconds, while Sophie Gerhart, Caitlin Hamill and Madalyn Myers also represented the Golden Rams finishing third, eighth and ninth in the event.

West Chester had a lot of representation in the women’s 200 backstroke with Callie Paff, Lila DiCarlo, Lauren Michaels, and Corinne McCall all participating in the event. Paff took home the top spot in the event, with DiCarlo finishing in sixth, Michaels finishing in seventh, and McCall in eighth.

Lastly, but not least, Maddy Koehle was the runner up finisher in the 200 breaststroke, while McKenzie Hemingway took the fifth spot.

In total, West Chester swimmers finished in first place in 15 events, 11 of which were individual and four relays.

The Golden Rams scored an impressive 1649 points, which was levels ahead of the competition. Indiana University of Pennsylvania was the runner up with 1379.5 points, while Bloomsburg came in third with 868.

West Chester University’s swimming teams have the makings of a modern day dynasty. They have continually defeated their opponents with ease, and attract top level recruiting classes every year. It will be interesting to see whether both teams will be able to continue to perform at such a high level for years to come.

If you are interested in joining the team for next season, or just want more information, visit the West Chester University athletics website. Congrats to all participants involved!