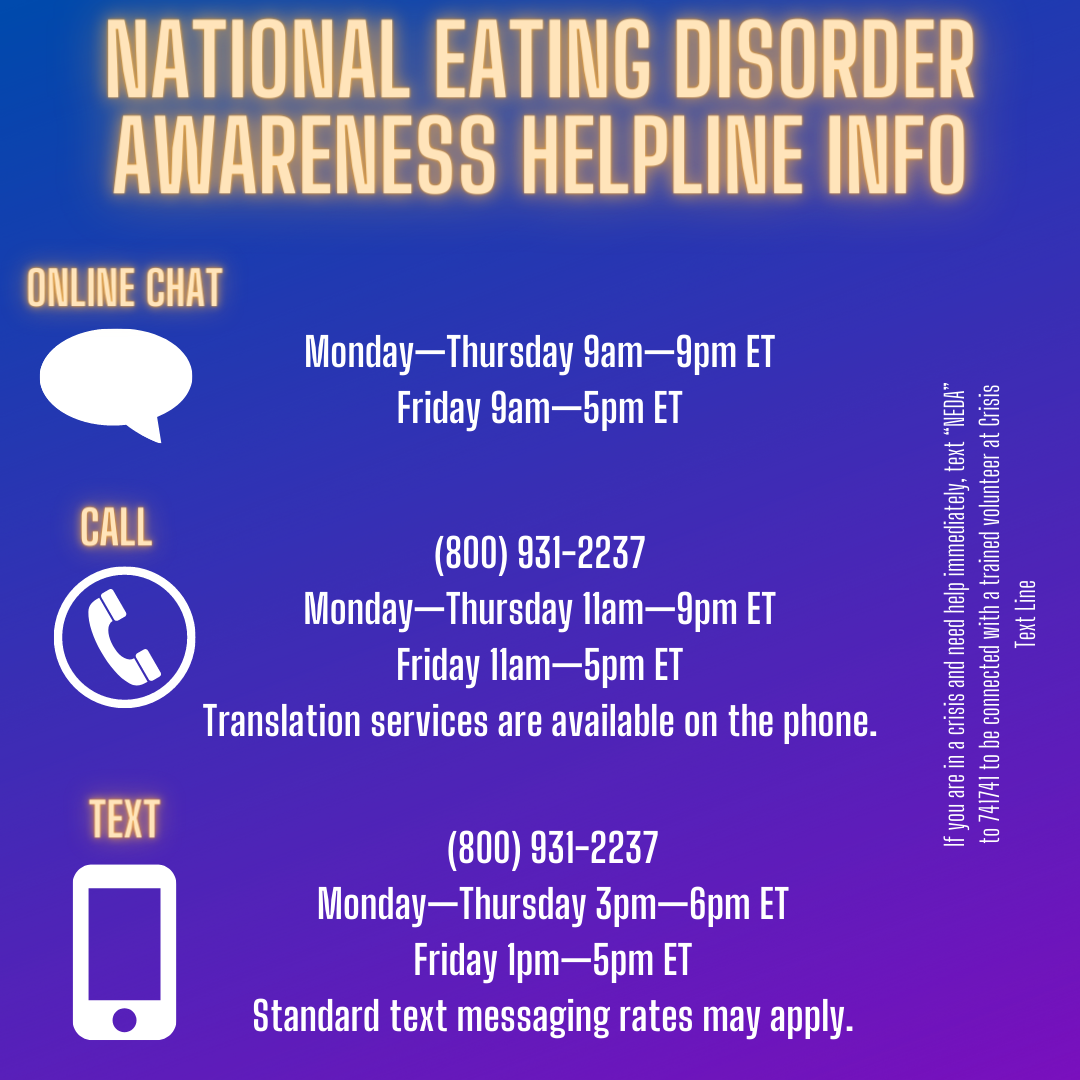 The Renfrew Center, an eating disorder treatment center encompassing locations across the country, will be holding its annual support campaign in conjunction with National Eating Disorders Awareness Week the week of Feb. 21–27. They are seeking to provide community members with a host of resources, workshops and events to support themselves, their family and friends who may be struggling with eating disorders.

The Renfrew Center has a total of 19 sites across the United States, the closest of which are located in Philadelphia and Radnor, Pennsylvania. In operation since 1985, the center offers extensive treatment and resources to individuals struggling with eating disorders such as bulimia nervosa, anorexia nervosa, binge eating, as well as other mental health disorders such as PTSD, bipolar disorder, obsessive compulsive disorder and more.

This year, the Renfrew Center is focusing its campaign for National Eating Disorders Awareness Week, or NEDAW, around the impact that social media influence has on body image and the possible development of eating disorders. Titled “Live Your Reel Real Life,” the campaign focuses on the fact that much of what we see on social media is false and unrepresentative of real life, which can cause insecurities and discontent with one’s own life.

“Social media is seen as a perfectly curated, photoshopped, idealized highlight reel of one’s life,” said Kathleen Martinez, a licensed counselor and Team Leader at the Renfrew Center located in Radnor, PA. “When we use it as a form of comparison, it can really lead to body image concerns and the development of eating disorders.”

The impact of social media is especially harmful among college students. It is noteworthy that the current college-aged generation is the first to have grown up almost entirely around social media presence. Considering social media is something the public is surrounded by at all times, professionals share that it can deeply skew one’s perception of what their life should look like and has had long lasting impacts on college students’ mental health.

After conducting surveys and coming to extensive conclusions on the correlation between social media and body image, the center found that a whopping 88% of participants reported that using social media worsened their body image.

“It’s such a staggering number when we look at it, so many people said they felt emotional, lonely or depressed just after scrolling through social media,” said Martinez. “When you’re surrounded by one small, narrow image of what the world looks like it can cause a lot of dissatisfaction.”

As part of the campaign, the Renfrew Center has a host of events, workshops and activities planned to raise public awareness. These include discussion circles with staff about the impact of social media on body image, Instagram Live events with alumni from the center, as well as recovery focused webinar sessions.

The center will also be holding a free admission virtual art support group on Tuesday, Feb. 22 and a yoga session on Thursday, Feb. 24. Both events hope to provide participants with opportunities to indulge in the action of self-observation and awareness. Furthermore, the center encourages individuals to take and share photos of themselves that represent their authentic, real-life selves as part of the campaign.

If you or someone you know is struggling with an eating disorder, the Renfrew Center has many resources available, of which can be found on their website, www.renfrewcenter.com or by calling 1-800-RENFREW for direct guidance.

Olivia Schlinkman is a first-year Psychology and Spanish major. OS969352@wcupa.edu