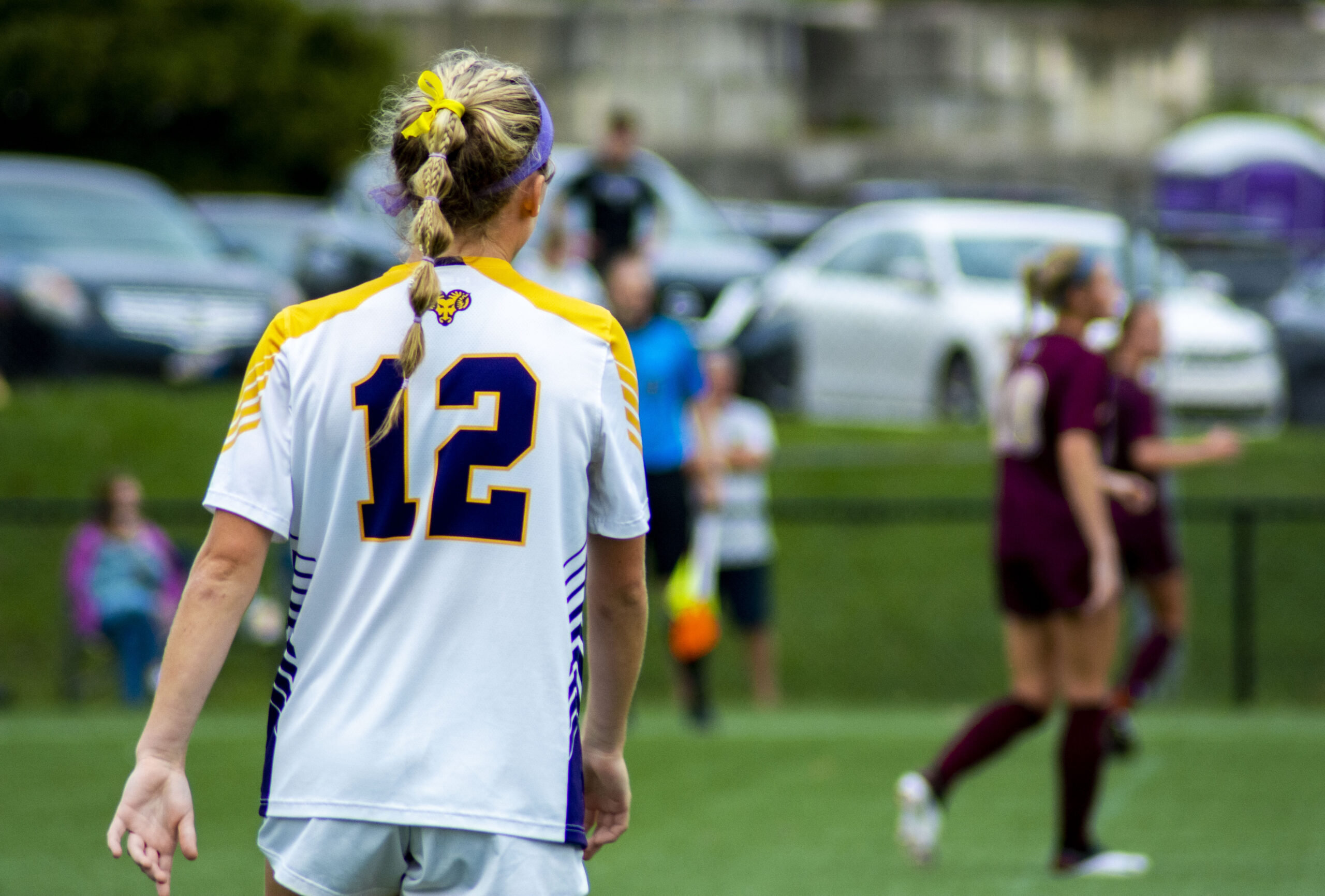 West Chester University’s women’s soccer team’s 2021 season came to an end Thursday night with a 1–0 loss against Concord University in the Atlantic Regional Championship. It was another successful campaign for the Golden Rams as they made their 18th consecutive NCAA tournament appearance, and their second consecutive Sweet 16. With the loss, West Chester fell to 12–5–3, while Concord improved to 20–0–3 and advanced to the NCAA quarterfinals, where they will face The College of Saint Rose.

The game took place in front of a crowd of 219 people at YMCA Paul Cline Complex, Concord’s home field, in Beckley, West Virginia. The Mountain Lions took the lead late in the first half with a goal scored by graduate student Yasmin Mosby. The Golden Rams fought until the end and had a couple good chances to score, but they were ultimately unsuccessful. The game left fans for both sides on the edge of their seats until the final whistle, as neither team showed any signs of giving up.

Goalkeeper Hayley McGee finished with seven saves on eight shots, and was a key part of a Golden Rams defensive unit that was very impressive this season. In the season, McGee only allowed a total of 11 goals, which averages out to a remarkable 0.61 goals per game. West Chester had nine shots on the game compared to 15 from Concord, and Maggie Lena and Julia Raybold led the team with two shots each.

Along with an impressive defensive unit, West Chester played well offensively as well this season, scoring 38 goals for an average of just under two goals a game. They outshot their opponents 315 to 187, good enough for a 6.4 shot difference per game. The Golden Rams were very disciplined this season with only seven yellow cards (the equivalent of a penalty in football), compared to ten from their opponents.

The team will lose a big senior class, with Jenna Peters, Jesse Bail, Dani Cady, Gabrielle White, Rebecca Margolis, Madison Boxman, Mikaela Berg, Priscilla Walsh and Kendall Rich all graduating this year. Fortunately for West Chester, even with these players graduating, the team still has a lot of experience. 25 players will return next season, including leading scorers Kaitlynn Haughey and Julia Raybold. The Golden Rams will look for their underclassman to continue to develop heading into the next season. They will also rely on these players to mentor the incoming freshman class, which figures to be a highly talented one given West Chester’s recent success with recruiting in recent years.

After a lost season in 2020 due to the COVID-19 pandemic, it was good to see the girls take the field once again. They picked up right where they left off in 2019 with a great campaign, and they should be proud of their accomplishments. They fought hard each and every game and gave fans a show with each outing. They will now head into the offseason and get some well deserved rest ahead of a 2022 season, where they will look to improve and advance even further into postseason play.