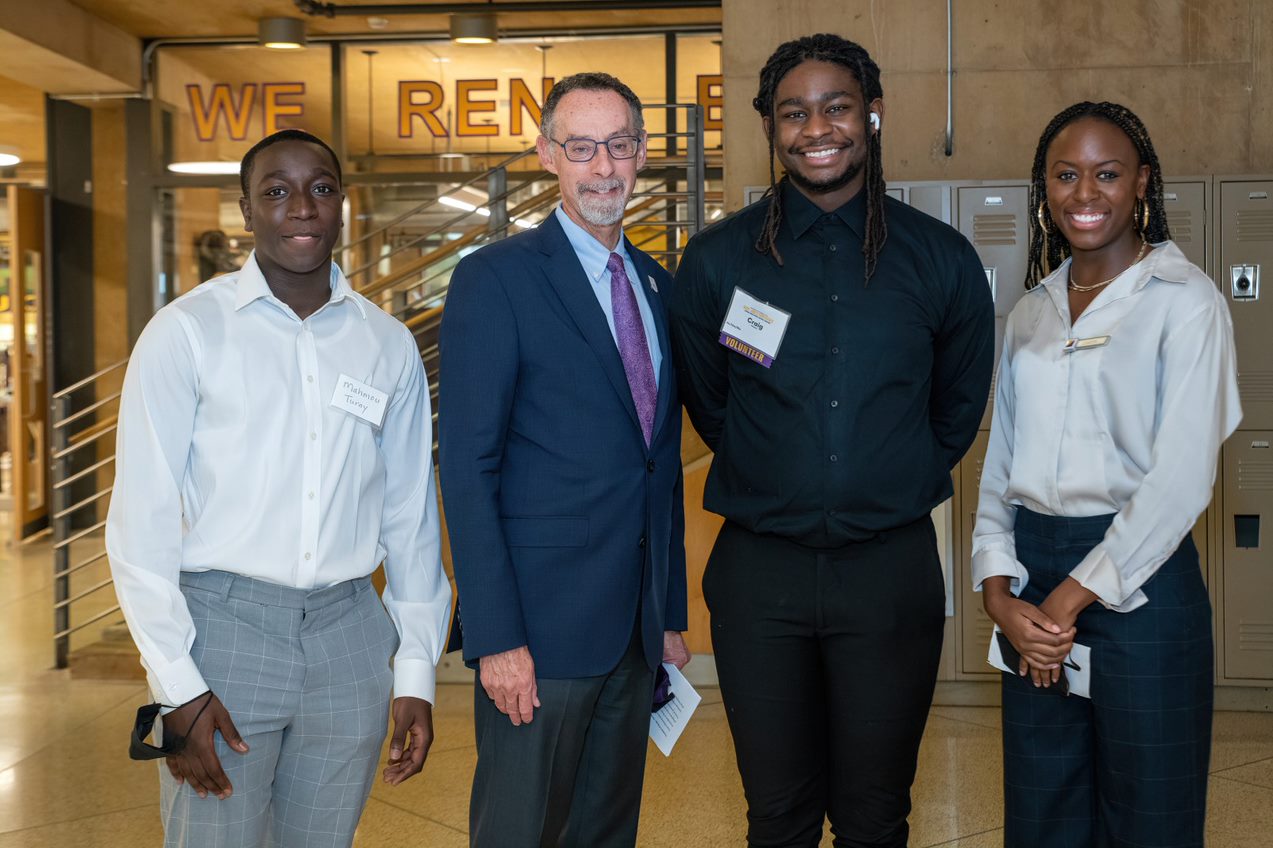 This year’s American Insight Free Speech Award Ceremony was held at West Chester University in Sykes Theater on Saturday Oct. 9 from 3-5 PM. WCU is the first academic institution to work with American Insight as Frederick Douglass, a world renowned speaker and advocate for free speech, gave his last public address at WCU.

“American Insight stands for free speech, human rights, and the rule of law and every year we hold a film festival that celebrates films that in some way reflect those values in their own unique way,” said the moderator of the event, Karen Curry.

In his welcome speech at the event, President Fiorentino noted the similar values that WCU and American Insight share surrounding free speech. He stated, “we have a responsibility to honor the tenets of free speech and the right of people to come to our campus and present their opinions. Unfortunately, there are cases where our WCU values are directly contradicted and the opinions expressed are distasteful to some of us. I want to reaffirm that while West Chester University honors the right to freedom of speech we reject all words and behavior that demean the worth and dignity of any person or group.”

Earlier in the semester, many WCU students were startled and upset by the Matthew 24 protests on campus. WCU administration condemned the largely offensive and often derogatory messages that the group was displaying, while noting that, legally, WCU has to allow all groups on campus, even when their views do not represent WCU as a whole.

In contrast with the widely opposed display of public speech in the beginning of the semester, the films introduced by American Insight and the discussion of Frederick Douglass’ impact on speaking was a fresh reminder of the more positive types of free speech that WCU aligns itself with.

Three WCU students, Camryn Smith, Mahmou Turay and Craig Johnson, read from some of Douglass’ most famous speeches including excerpts from, “What, to the Slave, is the Fourth of July” and “A Plea for Freedom of Speech in Boston.”

Paul Oakley Stovall, an actor who is currently playing George Washington in the Broadway musical “Hamilton,” attended the event via Zoom to discuss his research of Frederick Douglass’ experiences as a speaker in Ireland.

“This man was the first social media influencer. He was the most photographed human being in the 19th century…he was very clear about controlling his image,” he stated, “you will never find an image of him smiling until he is well into his 50s or 60s because he did not want to perpetuate the image of the happy slave.”

Stovall hopes that people, especially Americans, continue to learn and expand their limited knowledge on Frederick Douglass and his history, as even he, a self proclaimed expert on Douglass’ life, is still recovering information from Douglass’ experiences in Ireland.

American Insight was also set to interview Nettie Washington Douglass, the great-great-granddaughter of Frederick Douglass, and the granddaughter of Booker T. Washington. Her son, Ken Morris, took her place as she came down with the flu shortly before this event. He provided a brief but rich history of Douglass’ life in America and in Ireland, and reflected on his life as a descendant of Frederick Douglass and Booker T. Washington.

“I think I was probably around five or six when I started to notice that my ancestors were on statues and money and postage stamps,” he stated. “I would ask my friends and my classmates, are your grandparents on statues?”

Following the discussion of Frederick Douglass’ impact on free speech, was the screening of this years’ winning film “Footsteps on the Wind” by director Maya Sanbar. The animated short film displays the harsh reality of refugees around the world through the eyes of hopeful children.

Out of 147 films from 51 different countries, six were chosen by the American Insight judges as official selection films for this year’s ceremony in addition to the overall winner of the award, “Footsteps on the Wind.” The winning films can be watched for free from Oct. 10-24 on their website freespeechfilmfestival.org.