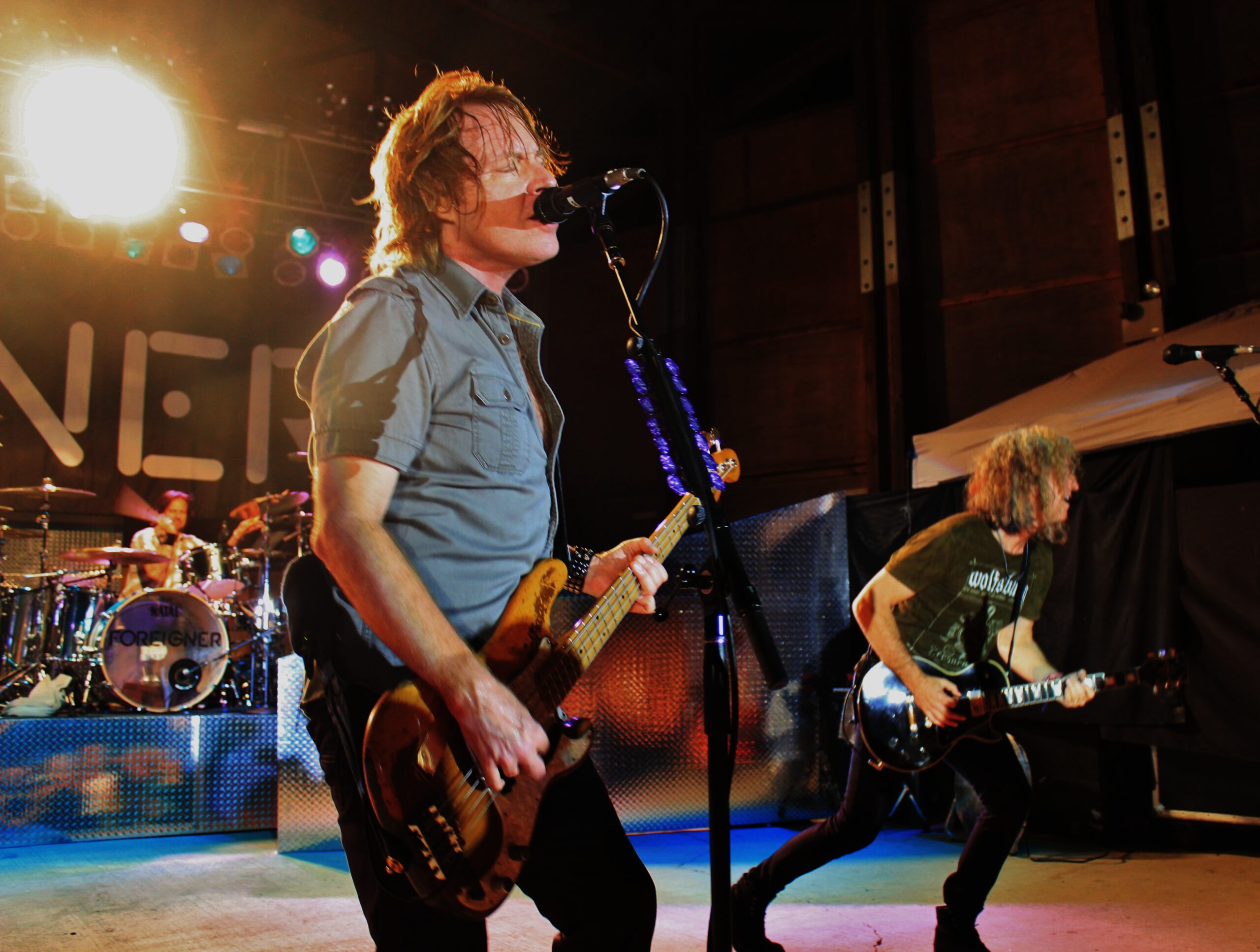 In the 70s, music seemed to be reaching a new pinnacle. It felt like the creative spirits within musicians had suddenly transcended genres thanks to the groundbreaking work of groups such as The Beatles, Bob Dylan,The Stones and many more from the previous decade. The writing was quickly becoming a new art form in and of itself, while the production accentuated every word and pluck of the guitar in a way not previously thought possible. Everything about music had changed over the years and with that came new groups rising to prominence.

Among these new acts rising to recognition was Foreigner. Consisting of guitarist and primary songwriter Mick Jones, keyboardist Al Greenwood, drummer Dennis Elliott, bassist Ed Gagliardi, saxophonist Ian McDonald and lead vocalist Lou Gramm, Foreigner was founded in 1976 and spearheaded by Jones. The group has become a classic rock staple over the years with countless classics including “Juke Box Hero,” “Urgent,” “Cold as Ice” and others you would likely recognize if they were to begin to play on the radio.

The band’s name came from the fact that three of them (Jones, McDonald and Elliott) were of British nationality and the other three (Gramm, Greenwood and Gagliardi) were American. Jones had previously been in several music groups but most recently ended things with the Leslie West Band and thus began his search for a new band. Now, with their newly formed group, Jones and company began to work on their introduction of Foreigner to the world.

They began recording their self-titled debut album in ‘76 after having worked out the chemistry in rehearsals months in advance. “Foreigner” was released to the world the next year in March and was met with very solid success in the form of high chart positions in the US, UK, Canada, Norway and Australia among others. Its peak in the U.S. stood at four and they kept themselves among the elites in the charts for weeks. Any of the songs remain a radio staple even today.

The album kicks off with “Feels Like the First Time” which had been written by Jones during the formation of his new group. The song became the group’s lead single and fan favorite with its tantalizing keyboards backing a passionate Gramm who sings of new beginnings.

The keys at the hands of Greenwood riddle off a chilling tune backing the equally icy lyrics as the second single of the group, titled “Cold As Ice,” meets your ears. This piece sat at six on the US Billboard Hot 100 chart and has been critically lauded as being among the most recognizable opening riffs in rock history. Gramm is accompanied by strong backing harmonies as the identity of Foreigner continues to come into focus.

My personal favorite song by the group takes up the third track slot titled “Starrider.” Reminiscent of David Bowie’s “Space Oddity” with its focus upon not what lies on our planet but what floats far above our heads every hour of every day. Unlike its predecessor, however, the narrator — personified by Gramm’s excellent vocals and backing harmonies once more accentuating his abilities — takes on an emotion of awe, wonder and the yearning to be “taken to the stars.” Before the first chorus, the sound effects of a rocket gearing up for takeoff are sounded as the buildup excites listeners for what lies past the verse.

Gramm and his harmonious backups guide us through an immensely powerful chorus which soon fades back down and begins the cycle as previously heard. Following the second chorus, Jones takes us upon the “starride” they had been singing about with his guitar solo which can only be explained as a mysteriously nostalgic glide through the galaxy as everything you once knew flies by, seen through tears welling in your eyes, and everything in your soul and body pushes you to go onward on this journey among the endless reaches of space. Told you I really liked this song!

Another guitar-heavy song, “Headknocker” plays next as the Gramm/Jones collab uses riffs reminiscent of an older time to tell the story of a similarly older style of musician who “walks with a stoop,” “swears James Dean isn’t dead,” “sings Louie Louie” and can certainly hold his own in a fist fight. This fun, more bouncy tune is followed by a quieter, lost love-focused song called “The Damage is Done” in which Gramm sings of a dying love which has been harmed for too long until now, it has all but collapsed.

The next song begins with a strong guitar presence but soon Ian McDonald takes over on the impressive and passionate sax solo in “Long, Long Way From Home.” This third and final single of the group’s debut tells the tale of leaving home to pursue a similar career to what they have done and it is another radio staple off the album.

The final three tracks begin with another love-focused song titled “Woman, Oh Woman” and eventually transitions into the somewhat apocalyptically-riffed “At War With the World.” This defiantly-charged piece utilizes a heavy guitar behind synthesizers which, toward the middle of the piece, drive the song into a new level along with Gramm’s continually emotional vocals.

The calm and cool “Fool For You Anyway” and emotionally charged “I Need You” round out the debut album and wrap the seal around the newly discovered half British, half American Foreigner.

As the lead single and opening track had indicated it, indeed, felt “like [they’d] opened up the door” to a brand new experience, and fortunately for us, it had only just begun. The group would go on to release countless hits on fantastic albums such as “Double Vision,” “4” and “Head Games.” Even today, we can’t help but enjoy their powerful ballads such as “I Want To Know What Love Is” and hard rockers like “Hot Blooded.” Until next time, I hope you enjoyed this taste of the tunes.