A Taste of the Tunes: Johnny Cash: An Artist’s Retrospective 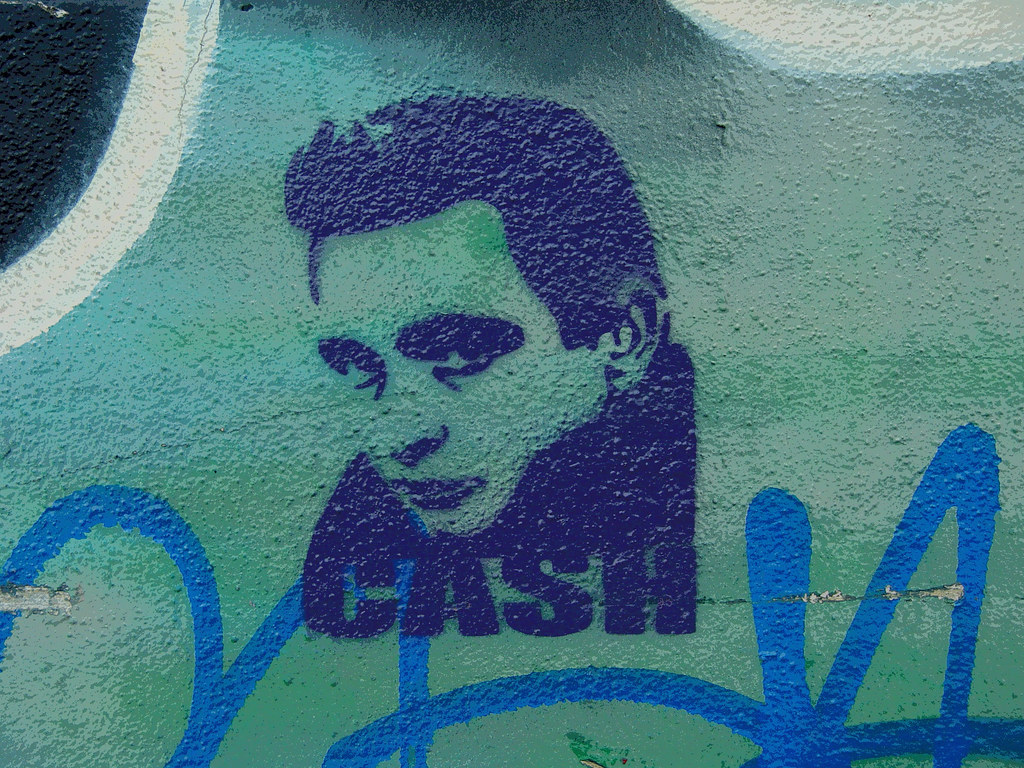 A wise man once said: “All your life, you will be faced with a choice. You can choose love or hate… I choose love.” That man was Johnny Cash. Known as a kind-hearted, friendly, humble and rebellious singer-songwriter, Mr. Cash remains among the most iconic musicians and American artists of all time. His array of work feels infinite, and his impact on music is irrefutable.

On Sept. 12, seventeen years ago, the world bid a painstaking farewell to a good friend. A friend who would “walk the line” for you. A friend who would sit down, grab his guitar and calm your nerves with his baritone vocals. Cash was iconic not only for his musical achievements but also in his unique lifestyle.

Cash was born in 1932 in Arkansas. His mother was who sparked a young Johnny’s interest in music, particularly gospel, and helped to teach him guitar. Cash’s family dealt heavily with the Great Depression in his youth, which would forge in Cash a close relationship with the poor and down-trodden. An older Johnny Cash would go on to serve for four years in the United States Air Force. Upon his return home, Cash married Vivian Liberto, and the two moved to Memphis, Tennessee.

There, Cash would work at day and play at night with some newfound friends who would eventually become “The Tennessee Two.” After a while, Cash set his mind on attaining the ever-coveted record deal. When he and his friends performed for Sun Records, they were declined at first due to the lack of a market in gospel music. Later, after convincing producer Sam Phillps to give them another chance, Cash inked a deal with Sun Records and hit the entertainment industry.

“Folsom Prison Blues” and “Cry, Cry, Cry” are just two of the classic hits that Cash unveiled in his debut record. Future hits like “I Walk The Line” would emerge as top sellers shortly as Cash expanded his repertoire. He started hitting the live scene and quickly caught on with his audiences with many noting his humble personality and his ability to relate with those who were viewed as lower down in society. This ability was on full display when Cash performed several times at Folsom Prison and San Quentin, both at which he recorded live albums. Through his touring, Cash adopted the nickname “The Man In Black,” which was coined in response to his stage attire being completely black. In a song titled the same as his nickname, Cash explained what his attire meant to him. He sang: “I wear the black for the poor and beaten down, livin on the hopeless, hungry side of town. I wear it for the prisoner who has long paid for his crime, but is there because he’s a victim of the time.”

Aside from the stress of the touring life, Cash would stare down several issues in his life including divorce and a crippling drug addiction. Though these dark days would bear down with severity, Cash never wavered. With the help of his best friend and future wife, June Carter, Johnny would emerge from this chasm a stronger and better man.

After defeating his addiction and finding love in June Carter, Cash continued his ever-expanding career. He kicked off the “Johnny Cash Show” in 1969, which would showcase musical acts from across the country to gain recognition for the lesser-known artists and to share the stage with established musicians. Among these acts are the great Neil Young, Bob Dylan, Louis Armstrong, James Taylor, Joni Mitchell and many more. In his show, Cash also brought awareness to an issue which had been the theme of some of his former albums and even made into a documentary in 2018: the plight of Native Americans. He would do this in songs and short films on the show in hopes of bringing about awareness to the growing audience.

Cash’s creative juices began to slow as he entered the 80s and old-styled artists had been overshadowed in popular culture by the more attractive hard rock groups. Cash however, didn’t sit quietly and would soon help to form country’s greatest supergroup: The Highwaymen. With Kris Kristofferson, Willie Nelson and Waylon Jennings, Cash rose back to prominence as the four recorded three albums of mostly cover songs. They rose to the charts and remain among the greatest music supergroups to have existed.

By the 90s, Cash had again fallen from grace as the music industry turned to more popular and young acts to take the radio waves and gain record deals. Following his release from Columbia Records, Cash joined forces with producer Rick Rubin and resurrected his career. This resurrection culminated in the release of six albums where Johnny would sing mostly cover songs, which reflected his present stance on life. Now in his late 60s, The Man in Black was focusing on sorrowful, mournful and redemptive pieces. Among the most famous of these is his cover of Nine Inch Nails’ “Hurt” on “American IV: The Man Comes Around.”

In 1997, Cash had been diagnosed with a neurodegenerative disease and knew he had little time. In addition, he faced a severe bout of pneumonia, which damaged his lungs. Cash continued to record and would not waver. In May of 2003, June Carter Cash, the love of his life, passed away, leaving Johnny as Rubin later recalled: “torn up.” He stated that Cash said to him during the recordings, “you have to keep me working because I will die if I have nothing to do.”

Cash was in a wheelchair and very weak at this point; it seemed that with the disease and a broken heart, The Man in Black could not go on. Then, on Sept. 12, 2003, at age 71, Johnny Cash, the underdog from Arkansas and the humble singer who brought smiles to millions of faces, was laid to rest.

His legacy lives on still today as one of America’s most beloved artists, and his inspiration upon the world stays as fervent as ever. Though words may never do his life justice, Johnny Cash will remain a legend and a model for us all to embody in our own unique ways. As Mr. Cash put it: “You have to be what you are. Whatever you are, you gotta be it.”

One thought on “A Taste of the Tunes: Johnny Cash: An Artist’s Retrospective”