Your vote counts, but by how much? A closer look at the Electoral College 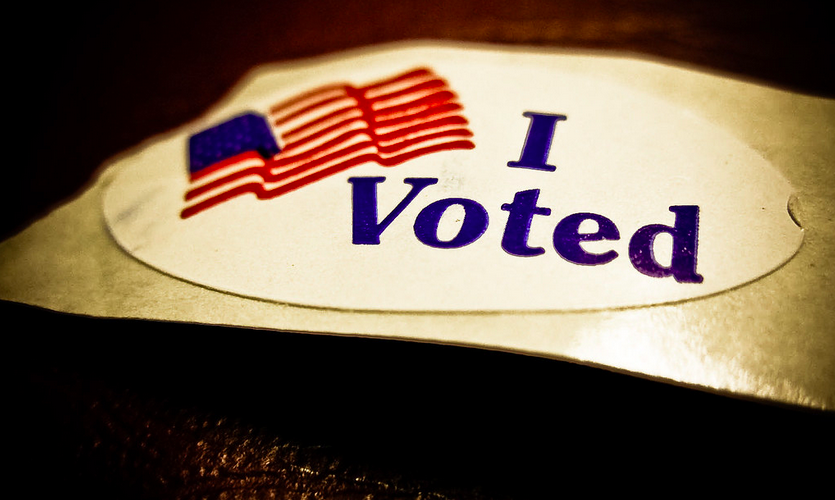 The presidential election is looming closer every day. With just six weeks left until America casts its vote, campaigning is in full swing: TV and YouTube ads, picket signs in front yards, even texts from strangers — all to secure your vote. But the American people don’t pick the president — the Electoral College does.

The founding fathers created the Electoral College for very specific reasons. Pre-civil war, when the Constitution was being drafted, the competition for political control was between the North and South. When a popular vote was proposed, Southern states objected because that construction would have favored the more populated North. Also, slaves were not allowed to vote, only counting as fractions of people at the time, leaving the South at a political disadvantage when it came to choosing a president that could have benefited the slave-owning South.

Another reason for creating the Electoral College was the lack of widespread dissemination of information. Citizens were not well informed of the political happenings of the country in the 1700s. Literacy rates were also low, and the men controlling the American government were usually of elite society and wanted to retain control of political decisions. Electors for each state were picked because of their knowledge of current events, political processes of government and their high status.

Though civil rights and access to credible information are still issues today, they do not hinder citizens’ abilities to make a decision about who should lead their country. So why do we still have the Electoral College? Because it is difficult to get rid of. This is the answer given by WCU Political Science professor Dr. Jenna Becker Kane and Kennedy. Abolishing the Electoral College in favor of a popular vote would require a constitutional amendment, which is very unlikely. Since the signing of the Constitution in 1787, only 27 amendments have been made.

“It requires a 2/3 vote of both houses of Congress and then requires 3/4 of all the states to ratify the amendment before it becomes part of the Constitution. States with smaller populations (who are currently overrepresented in the Electoral College) would have little incentive to sign such an amendment. Also, the recent Electoral College/popular vote discrepancies have all favored Republican candidates over Democratic candidates, which invariably means that any serious discussion of institutional changes to how we select presidents in the U.S. would occur under the cloud of partisanship,” explained Becker Kane. 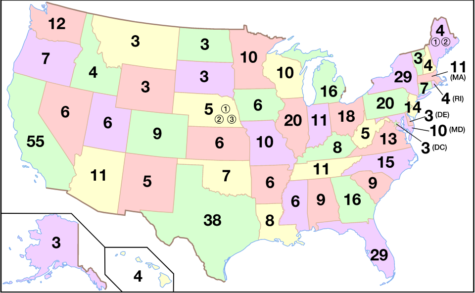 Past attempts to abolish the Electoral College have obviously been unsuccessful. The closest the United States has ever come was in 1969 when President Richard Nixon urged Congress to set the amendment in motion. This effort was only out of fear that his rival, Gov. George Wallace, would win votes in the Electoral College, creating a tie between Nixon and Hubert Humphrey. The amendment made it to the Senate, where the effort was abandoned. Dissatisfaction with the Electoral College runs deeper than the 20th century, though. Thomas Jefferson is notably quoted saying the electoral college is “the most dangerous blot in our constitution.”

A presidential election by popular vote, or by a National Popular Vote Compact (NPV), would drastically change how candidates campaign. Instead of focusing on swing states, more money, time and effort would go to highly populated states. And the densely populated coastal states have typically been taken by the Democratic candidate and the sparsely populated Midwestern and Southern states usually went to the Republican candidate. The economic effects that would result if campaign money was channeled to the more affluent coasts instead of the South and Midwest should also be recognized. “If you ever have a really close popular vote nationally, you can have a real national debacle trying to tackle the votes,” Kennedy pointed out concerning the weaknesses of a popular vote.

“Right now, it doesn’t matter if you win a state by 1 vote or 1,000,000 votes, so candidates don’t focus on states that almost always go to one party or the other. Under NPV, you’d have to win the popular vote, so winning South Carolina by 200,000 votes instead of 100,000 votes would matter. Republicans would have an incentive to campaign in California, even if they wouldn’t win the state. Ditto Democrats in states that usually go Republican,” said Political Science Professor Dr. Chris Stangl.

As always, it seems to come down to party politics, parties being another blot in our democratic system one may argue. Toward the end of his second term, George Washington sought to warn people “in the most solemn manner against the baneful effects of the spirit of party,” yet political parties determine the presidency, the decisions and even the way we vote.

Maria Marabito is a fourth-year English major with a minor in literature and diverse cultures. MM883631@wcupa.edu