Not all books are created equal 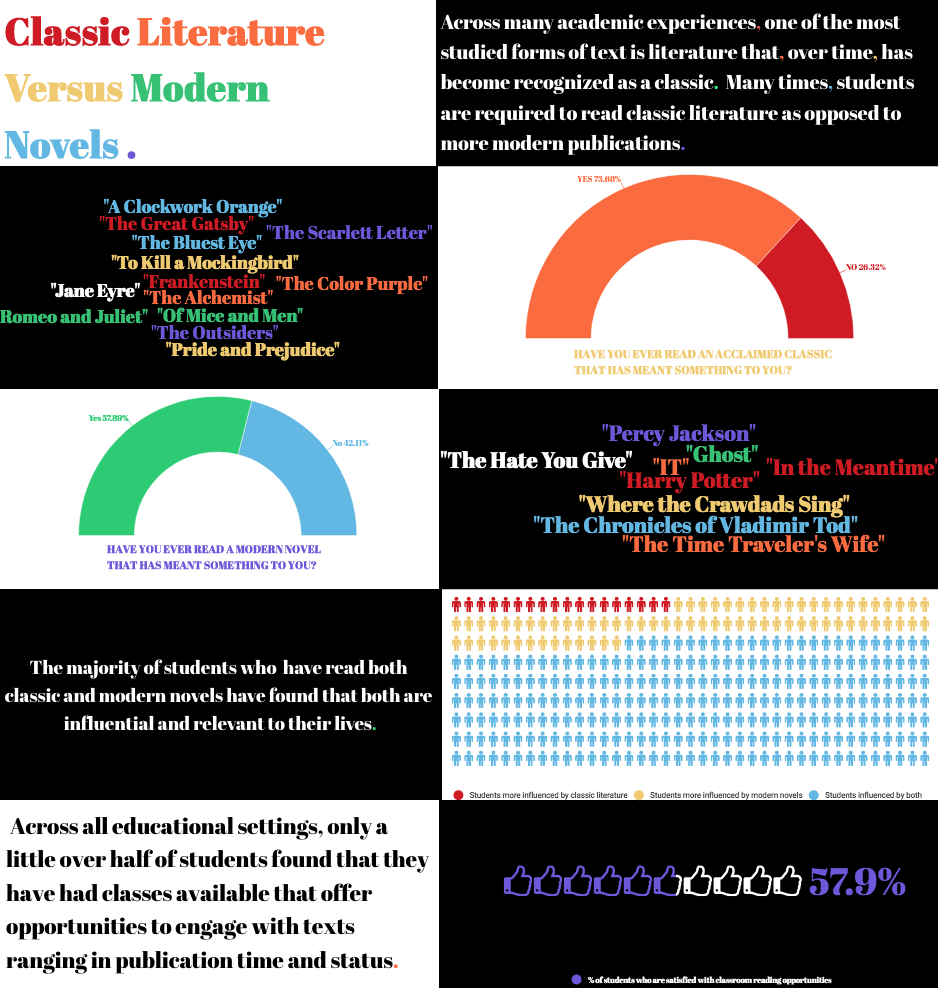 Across the general educational experience in the United States, most kids, starting at around middle school, have been made aware of the importance of reading books that are known as “classics.”

While it can seem fairly arbitrary, I think when we hear the word “classic,” we can immediately think of at least a few books that we were made to read in our English classes throughout our careers as students.

Those books include “To Kill a Mockingbird,” “The Great Gatsby,” “Frankenstein” and the like.

While the importance of studying those classics have been ingrained in us since we were about 12 years old, many students have noticed the fact that the same emphasis is not placed on modern literature, or any books that have been published in recent years that do not hold the “classic” title.

As a result of this, the message is often conveyed to students that those sorts of books are not as valuable as the slightly older ones that have been critically acclaimed and regarded as the “best of the best.”

Personally, this is something that I have struggled with over the years. I want to be a good English major and familiarize myself with the works that have shaped my field of study, but when I read them, I never find myself feeling as connected as I do when I read something newer.

While the classics can be wonderful and are given their status as classic for a reason, I often feel as though I take more away from more recent publications as I find the situations as well as the morals and values within the story to be more appropriate and relevant to life today.

In a survey conducted of students at West Chester University, over half the participants were able to cite both a classic text and a modern work that they have read which really resonated with them.

While people are able to agree that classics are important pieces of text, many can also agree that, as a result of the climates in which most of them were published, they run the risk of being quite problematic.

According to the aforementioned survey, 60% of students have read a novel that has been regarded as a classic and found it to be questionable in its content. One participant cited “Uncle Tom’s Cabin” as an example, explaining they found that the narrative was an illustration of an “extremely racist white savior complex.”

On the contrary, many found that modern novels were able to tackle such meaningful, important topics as racism in a way that is relevant and morally appropriate for our current culture.

One student explained this to be the case with the 2017 publication entitled, “The Hate U Give,” the story of a young black girl growing up in the United States today who witnesses her friend being killed during a case of police brutality.

While the classics can have commendable morals as well, books such as these allow readers to engage with a text that relates to their world and uphold the values that are important to them.

Because of this, many students find that they are able to be influenced by both types of stories but have not been satisfied with the opportunities they have been given in the classroom to study and interact with publications that range in status.

No one is saying that the classics should be done away with. Many of them have aged well and provide readers with tales and lessons that they are content with. However, as the world changes and more and more literature is being published, it seems silly to completely ignore a work that could be incredibly powerful and influential simply because it’s not a classic.

Ali Kochik is a second-year student majoring in English writings track with a minor in journalism. AK908461@wcupa.edu