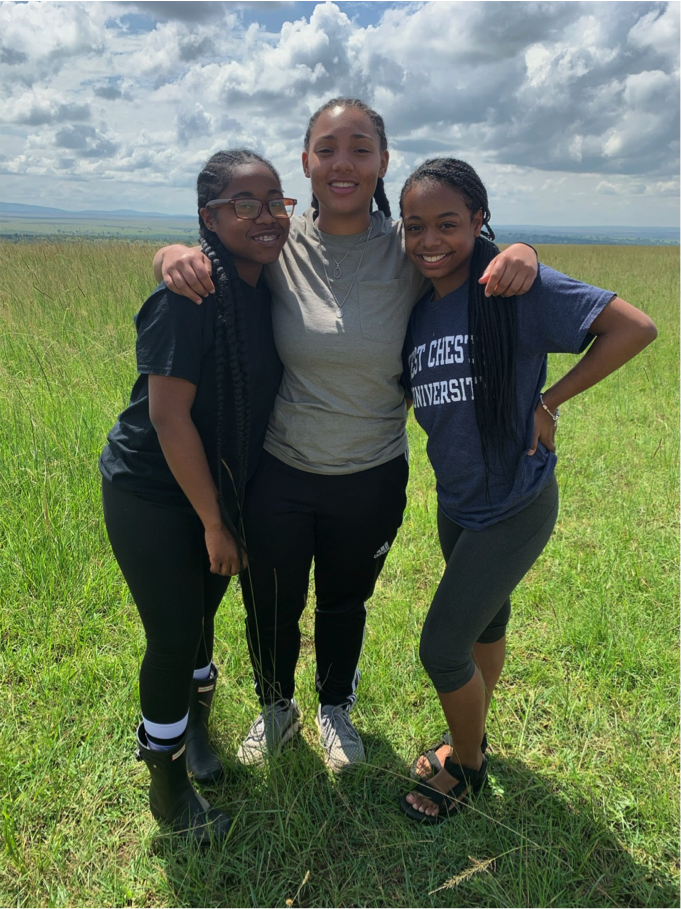 Being from the city, it’s easy to see generations from certain neighborhoods enter into a cycle –  people who have never known more than the small place they call home, or more than the couple of blocks they call their neighborhood. Simply because they know nothing else, they never long for more. They follow the only life they’ve known and create more generations who follow suit. It isn’t their fault they haven’t been exposed to more — sometimes people just can’t afford to make travel a priority. What is taking your children to another country, when you can barely make enough to send them to the school they go to or to put the food on their plate?

60% of Americans don’t have passports, and that number is even higher in the black community. The lack of travel directly leads to lack of blacks in international careers which is a gigantic missed opportunity. Studying abroad is a great way to gain not only experience in your field, but also international experience. The Institute of International Education reports that only 5% of black students study abroad, and I think it’s because we just automatically brush it off, assuming we can’t afford it or that it’s not a priority right now, but it really is.

West Chester provides so many amazing opportunities that we just brush past –  I say “we” because I did too. I had thought about studying abroad since I was a freshman and I didn’t even take the idea seriously until my junior year, but I am writing to tell you all that we should! While on my trip abroad, I met a man named Roger who was the director of the school I service learned at. He mentioned to me that many schools bring students there –  not only West Chester, but other state schools, such as Millersville University and large schools like Penn State –  but out of all the schools, he sees very few students that “look like him,” and how we are at a disadvantage because an experience abroad has so many benefits  for us especially. It inspired me to write to fellow students about how we have to change this.

The advantages of studying abroad start with how they affect you as a person. I can tell you firsthand that it will simply develop your character, no matter if you go somewhere with a completely different culture like I did, or if it’s still similar to American culture. You will still develop both your self-awareness and cultural awareness. I am not the same person I was before I left, and I couldn’t be more grateful for that. Going abroad will enhance your network and help build relationships all over the world, increasing the likelihood that you might be connected to a career opportunity abroad. And ultimately, it will impress your future potential employers. Going abroad shows employers that you are adaptable to different situations and carry an open mind.

I know we sometimes overlook scholarships, but I’m telling you the funding is there for us to grab. West Chester has its own initiative called the Global Rams Scholarship, which is a collaboration with President Christopher Fiorentino that was created to increase underrepresented minorities education abroad. The Fredrick Douglass Society Legacy Scholarship is also offered solely for African American students to study abroad. Then there are plenty of scholarships offered through the Center of International Programs. None of the scholarships are unobtainable; not only did I receive multiple, but so did the other black students I traveled with and we all were fortunate enough to have our entire trip covered. These scholarships are practically sitting there, waiting for us to grab. So next time a professor announces a trip abroad, or you pass by the study abroad fair, don’t keep walking — give it a chance. You won’t regret it.

Midori Suber is a third-year student majoring in media and culture and minoring in criminal justice and African American studies. MS895361@wcupa.edu