Shedding light on the “Bernie Blackout” 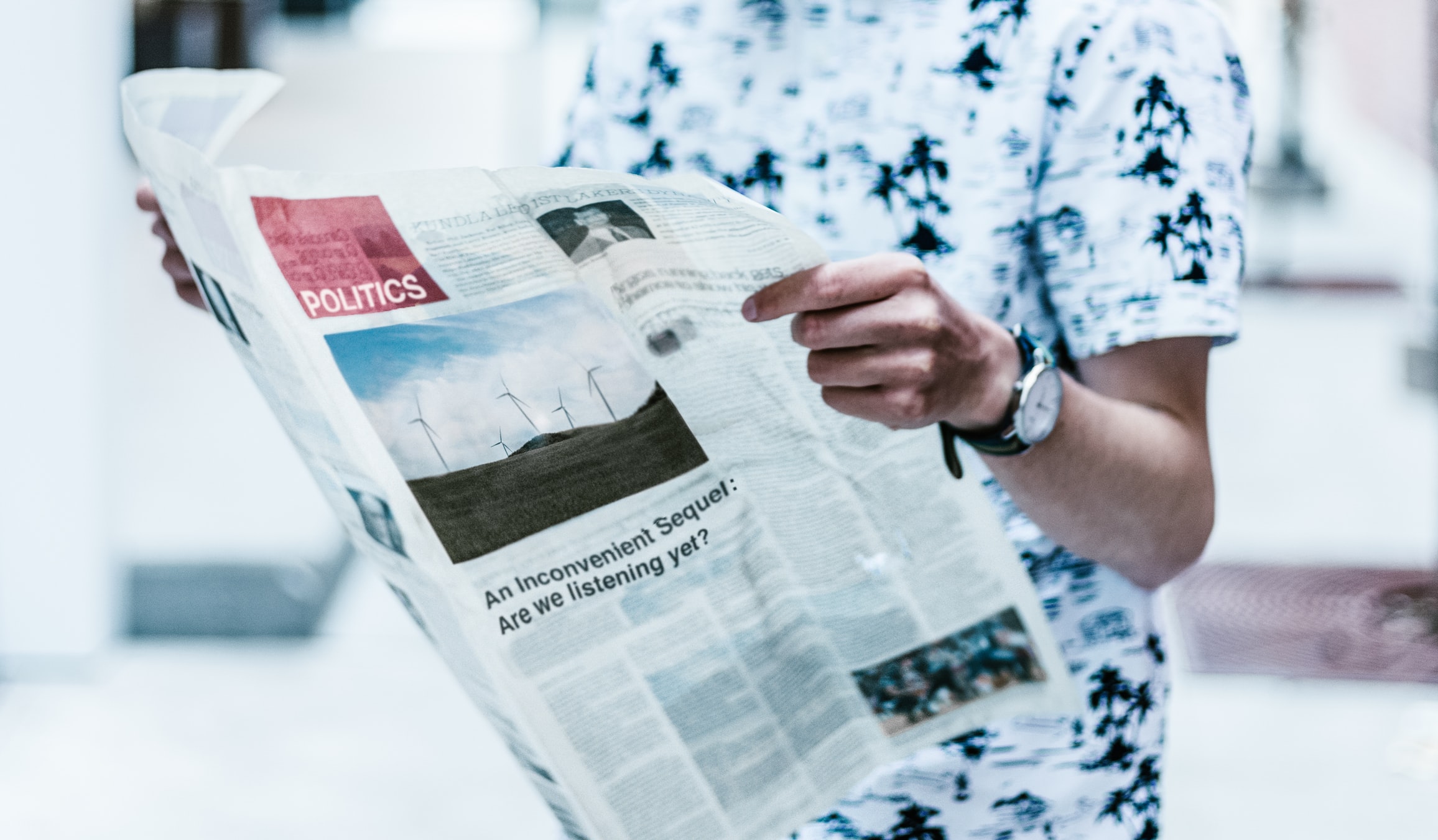 I’ve started watching a news channel that speaks my language called “Some More News” on YouTube. In their latest video, “7 Ways the Media Sure is Freaking Out About Bernie Sanders,” host/“News Dude” Cody Johnston details seven ways in which the media has attempted to discredit Bernie Sanders as a serious candidate. I think it’s high time someone explains why this “Bernie Blackout” actually matters. First, let’s break down the seven methods of what Johnston calls “Bernie Grief,” or popular media’s method of telling spooky Sanders ghost stories. Y’know, if they’re not simply ignoring him.

The Seven Stages of Bernie Grief:

1. Denial: Ignoring Bernie in hopes his radical beliefs will disappear.

Johnston points to a Fox News article with the headline “Biden rebound continues, Warren falls to third” to illustrate this point. Maybe Fox is just an outlier, you think to yourself, reading this article skeptically through squinted eyes. Nope! In a graphic tweeted by NPR in April of 2019, we can see that Sanders is reduced to a small headshot even from a politically moderate news outlet. Let’s zoom in on this NPR example. Wouldn’t the argument there be that they, as a politically moderate news source, would have nothing to lose by giving Sanders the recognition he deserves as a politician with a household name? Hmmm. Interesting.

Have you ever heard that Sanders isn’t “electable”? With Sanders leading in multiple polls and obtaining over $5 million in donations, Johnston demonstrates the difficulty in understanding how Sanders is unelectable. The problem here is that these successes are often disputed or reported inaccurately. We need to look at two different sources from CNN to see some of the most damning proof of this tactic. On Dec. 30, CNN published a poll with results that read, “[…] among potential Democratic primary voters nationwide [CNN has found] that former Vice President Joe Biden continues to lead the Democratic field with 20%. Vermont Sen. Bernie Sanders is not too far behind with 20%[…]” Hey Alexa, what’s the definition of a tie? To achieve the same score or ranking as another competitor or team, huh? Weird.

So, here we have CNN reporting that Biden is a winner because… well, because. Now, a month later, in new poll findings published in January, CNN reports, “Overall, 27% of registered voters who are Democrats or Democratic-leaning independents back Sanders, while 24% favor Biden. The margin between the two is within the poll’s margin of sampling error, meaning there is no clear leader in this poll.”

Now that’s not very consistent. If CNN wasn’t concerned with a margin of error when Biden won, why would they be when Sanders pulled ahead?

You know who else was popular once? Donald Trump. Dundundun! No, really, I know this seems crazy but stay with me. In April of 2019, the Washington Post published an op-ed titled, “Bernie Sanders has emerged as the Donald Trump of the left.” Columnist Dana Milbank draws similarities between Trump and Sanders, describing both as, “an angry old white guy with crazy hair, New York accent and flair for demagoguery.” There’s an argument to be made that there are similarities between Sanders and Trump, like that they’re both considered radical for their party, but to assert that these two men are the same simply because of their physical attributes is absolutely outrageous.

4. Attack His Ideas As Dangerous

Let’s abandon anecdotal claims based on physical attributes for claims that Sanders’ radical ideas, such as pro-immigration and taxing people who can actually afford to pay higher taxes in order to facilitate healthcare for all in a country that leaves millions of Americans uninsured, will absolutely lead to the downfall of this country. USA Today published an Op-Ed on Jan. 29, 2020 with a headline that read, “Democrats Court Doom by Backing Bernie Sanders. His Ideas Are Toxic Outside Blue America.” The article claims, “Trump will rightly call Sanders a socialist,” but Sanders has been defending his position as a democratic socialist for years. In a speech to Georgetown University in 2015, Sanders explains, “We must recognize that in the 21st century, in the wealthiest country in the history of the world, economic rights are human rights. That is what I mean by democratic socialism.” The only people quaking in their boots should be billionaires.

5. Wait, you actually like those policies? Just kidding, he doesn’t believe in them.

Throw consistency throughout a 40+ year in politics out the window because it’s all a lie, amidst multiple claims from The Hill claiming Sanders isn’t a Democrat with headlines like, “Bernie Sanders’ biggest appeal: He’s not a Democrat” and “Bernie is not even a Democrat, so why is he ripping our party apart?” An important part of the Democratic party is the evolution of ideas, regardless of origin. This is why we have seen candidates like Tulsi Gabbard, Andrew Yang and, yes, even Bernie Sanders run on a Democratic ticket.

All aboard the crazy train! Recently, the right-wing Washington Examiner published “Bernie Sanders Praised Segregationist as ‘Sensitive’ in 1972.” Fabricating bold lies harkens back to the idea of not understanding what Sanders actually seeks to achieve and shows desperation to discredit a candidate who challenges the comfort of the status quo. Oh, and for anyone genuinely concerned that Sanders did actually praise a racist, CNN reports that not only did Bernie not support Wallace, he likened him to Nazi Germany and Hitler. Doesn’t get much more scathing than that, folks.

7. Cycle Back to Stage One: Try to Ignore Bernie

Because what else would you possibly call Buttiege’s ridiculous display in Iowa?

These tactics are frightening, but it’s not due to their inaccuracies. What frightens me most is the media’s seemingly endless quest to sway my opinion on who to vote for. Skewing polling results, attempting to subtly eliminate mentions of a candidate and liken him to one of the most controversial presidents in the history of the United States all leaves me with chills down my spine. This fear I have of this agenda doesn’t originate from my desire to vote for Sanders, but it originates from my fear of others who are less cynical than me. In these times, especially with Fair.org reporting “The Washington Post Ran 16 Negative Stories on Bernie Sanders in 16 Hours,” it seems like everyone is only looking out for themselves, including popular news stations as they protect their pockets rather than performing their civic duty as journalists with an obligation to the truth.

Casey Meyer is a fourth-year student majoring in English writings track with a minor in journalism. CM873291@wcupa.edu