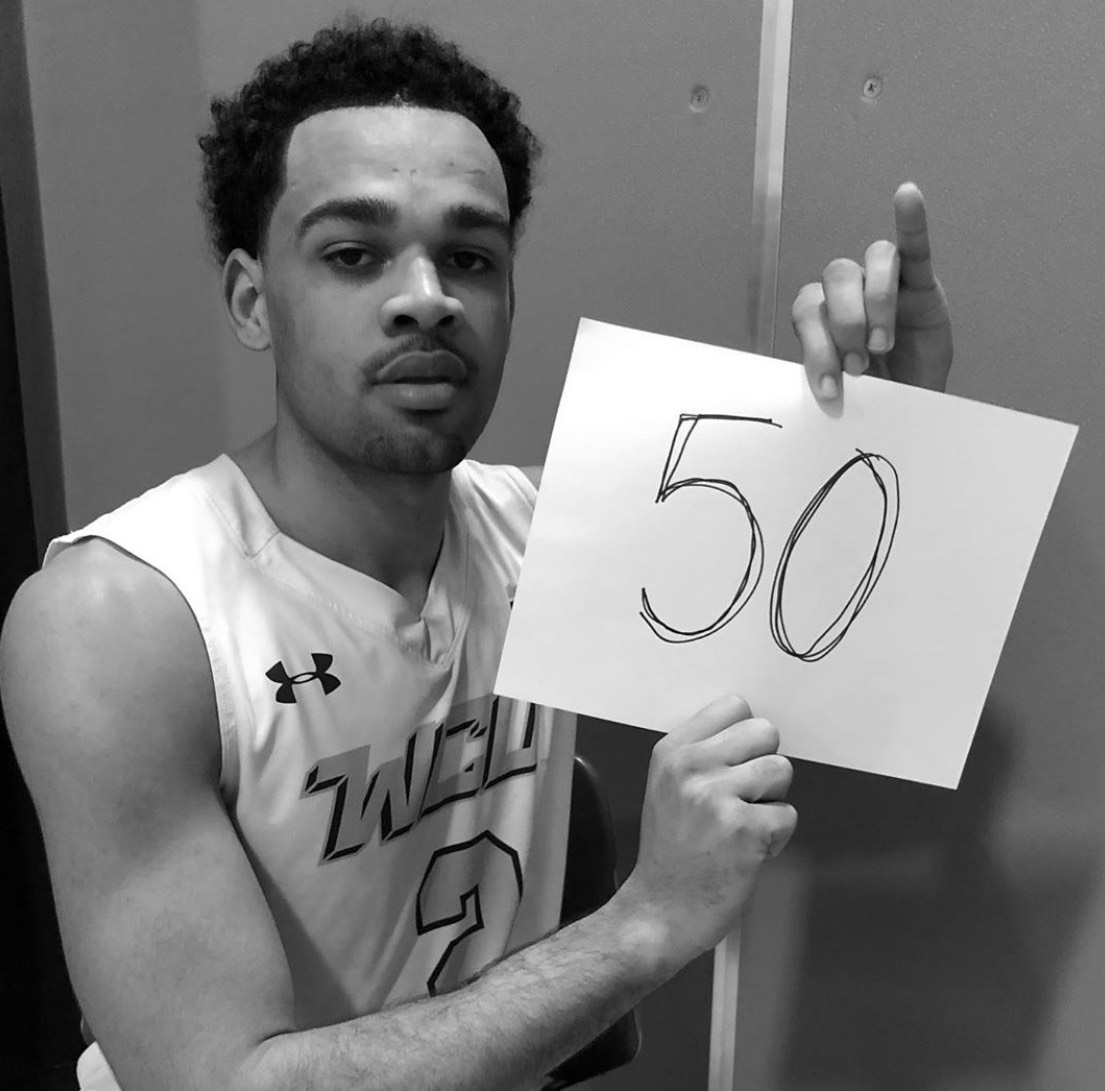 Every year, as a way to honor Golden Rams from the past, our basketball program hosts an Alumni Day. During alumni day, there are two alumni games, one for women and one for men, prior to the women’s and men’s team scheduled matchup.

This past Saturday, after watching former Golden Rams play against each other, the current Golden Rams went up against Bloomsburg University.

The “Aussie Assassin” managed to put up 50 points, something that hasn’t been done in more than 50 years.

It was a back and forth battle between the Golden Rams and the Huskies, but the home team came out on top. WCU gained control early and just managed to hold on down the stretch.

After the break, the Golden Rams stayed in control and increased the lead to 20 at one point; but the Huskies did not back down.

Bloomsburg managed to fight all the way back, and found themselves with the ball, 73 seconds left, and down one. Thanks to a bucket from freshman Matt Dade and free throws from Robbie, the Golden Rams managed to put the game away.

On the day, Heath put up 50 points and nine rebounds in 33 minutes to lead the way.

“First, it was awesome to get the win, we’re trying to get our mojo back,” Heath explained after the game.

In order to finish the season out strong, that’s exactly what the team is going to have to do: “get their mojo back.” The Golden Rams started the season 13-0 but haven’t had the same luck since. WCU is 3-8 in games since their undefeated start and have four games remaining on the schedule. They currently stand at third place in the PSAC East with a 10-8 record in the conference and a 16-8 record overall.

With his performance, Heath became the second person in program history to notch the milestone. He joined Art Nazigan, who scored 53 points in a game back in 1952. Heath also became the first person in the PSAC to do so since the 2004-05 season. Only 16 players in PSAC History has been able to put up 50.

In the midst of a rollercoaster season, Heath has had a huge impact on the team. This was probably his best performance of the season, and he’s had some huge games so far, including a 28 point and 20 rebound night back in December.

The Golden Rams are back in action on Feb. 19 when they visit Kutztown and return to Hollinger next Saturday, the 22nd against Lock Haven. The team will need Robbie and everyone else on top of their game, as they need to be in the best position for playoffs.

“It’s humbling to be a part of history,” Heath reflected on the accomplishment. “I put a lot of work in and I trust it. Because of that, I feel I could drop 50 all the time.”

Tyler Jefferson is a fourth-year student majoring in communications and minoring in journalism. TJ876613@wcupa.edu