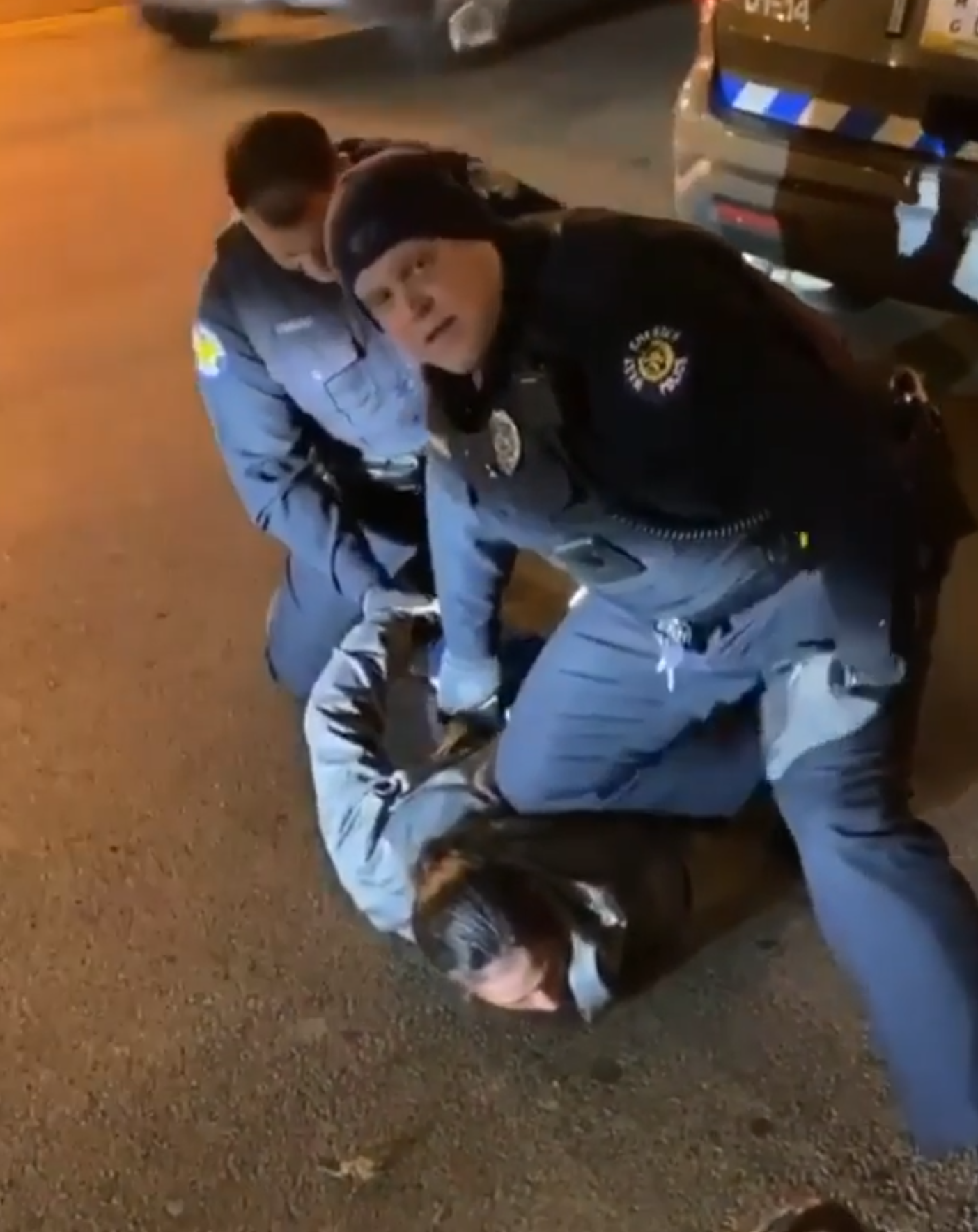 The West Chester Barstool Instagram is known for posting videos of college antics, but last week, one post took a violent turn. The viral video has caused debate among West Chester University students and prompted the West Chester Police Department to review its actions. I had the opportunity to speak with a friend of the detainee.

The video was posted on Sunday, but was taken Saturday night outside of the popular West Chester bar, Barnaby’s. The video depicts a man being detained by police officers as they stabilize him against their vehicle. The officers then force the man to the ground, one of them commanding him to get “on your belly, now,” while holding his arm in a way that limits motion. When the man starts talking, the officer punches his head and forces him onto his stomach.

Followers of the Barstool account were quick to take sides on the matter. To date, there are over 25,000 views and over 500 comments on the post. Many students were quick to criticize the West Chester Police Department, stating that the violence was “uncalled for” and that the detainee “obviously wasn’t resisting.” However, some did not agree and claimed that the police officers were doing their job under the circumstances.

“While there was no formal complaint, the department has a protocol to review such matters and will review the entirety of the incident and gather all the facts and information,” said the Facebook post.

Stanczuk said that as a criminal justice major, she always felt as though she was on the side of the police. However, in this situation she said that the officer ‘acted out of anger and frustration’ which was shown by the way he ‘contemplated his actions.’

Until now, very little was known to the public about the circumstances surrounding the video. When students challenged the university about the matter, they replied that the on-campus police were in no way involved in the incident. The circumstance and the identities of those featured in the video have remained unknown, however, sources allege that the police officer is Jerry Ferriola and photographs appear to confirm this.

“Kevin had lost his phone while attending bars in West Chester for his 23 birthday. Instead of driving home intoxicated with no phone, he decided to ask people in Barnaby’s to borrow their phone. Apparently he was annoying customers and was asked to leave. When asking the manager why [he was asked to leave], the cops grabbed him with no information as to why. After being pulled out of the bars is when the video picked up,” said Stanczuk.

Stanczuk said that as a criminal justice major, she always felt as though she was on the side of the police. However, in this situation she said that the officer “acted out of anger and frustration” which was shown by the way he “contemplated his actions.” Stanczuk makes the argument that her friend was helpless to comply with the officer’s commands.

“A defenseless intoxicated man was punched in the face for not putting his hands behind his back while being pulled two different ways,” said Stanczuk.

The West Chester Police Department has yet to release any other statements on the matter. Witnesses have not stepped forward or have declined commentary, a sign that there could be larger legal turmoil on the way.