An afternoon of absurdity with Fefu and Her Friends 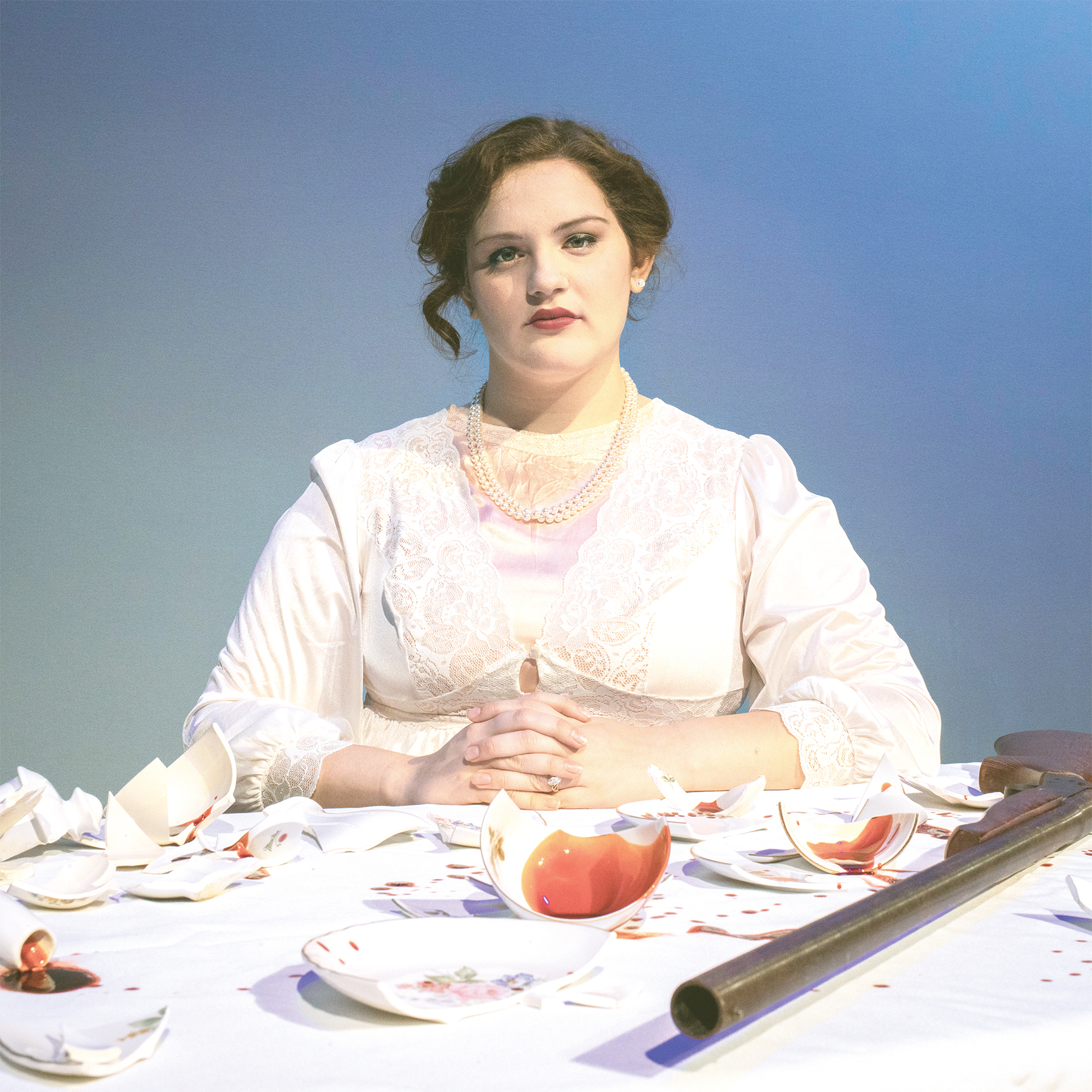 Photo by WCU Department of Theatre and Dance.

Have you ever wondered how women act when there are no men around? It may be more absurd than you think! Come to West Chester University’s J. Peter Adler Studio Theatre to catch a glimpse of the fascinating lives of ​Fefu and her friends​ when a group of women spend the afternoon together as disorienting events unfold.

The abstract realist play “​Fefu and Her Friends​,” written by award-winning playwright Maria Irene Fornes, grants a window into the home of the eccentric Fefu, where the only thing certain is uncertainty. When a group of women are invited into the home, conflicts arise throughout the day that cause each woman to struggle with her identity in the world. The playwright captures the absurdity of the world through these women’s reactions, inviting the audience to witness an unforgettable afternoon.

The play is pervaded by themes of friendship, sexuality, empowerment and isolation as the women go about their afternoon engaging in complex conversations with themselves and each other.

The play is pervaded by themes of friendship, sexuality, empowerment and isolation as the women go about their afternoon engaging in complex conversations with themselves and each other. In the second act, the show offers a uniquely immersive experience by guiding the audience out of their seats and around the theatre to gaze into different locations of the home and eavesdrop on private conversations had by the characters. Director Tanaquil Márquez comments on the experience of the second act by saying, “You can just get so up close and personal. In a way, it’s kind of cinematic because you’re right there in front of the person and just seeing every reaction.” This action works with other elements to immerse the audience in the world of the play, presenting the women in realistic locations to discuss captivatingly real themes.

“Fefu and Her Friends”​ amplifies the female voice by stripping the afternoon of male presence entirely, giving these women the perfect backdrop for self-discovery. Márquez comments on how her mission as a director works with this setting, “I want the female voice to be supported, even with the environment of the world of man being so present.” Márquez carries a passion for supporting women’s voices and allows that passion to guide her directorial style. She captures the voice of the play by inviting the audience to witness “eight women trying to figure out their place in this world and how it can be difficult in the society that they’re in.” Come see “Fefu and Her Friends” tell their story.