#MeToo and the hyper-visibility of sexual assault 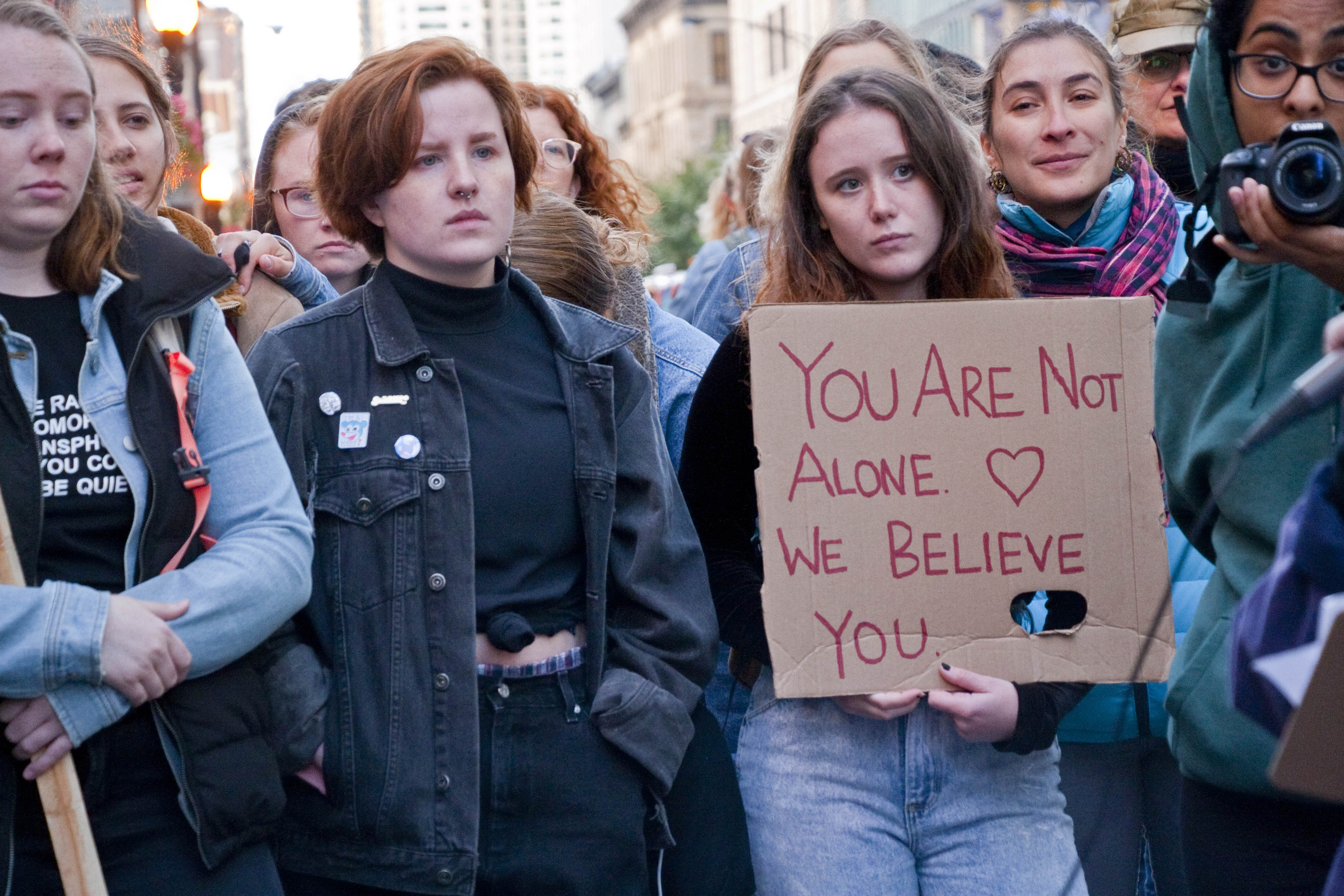 When I received the text alert that there was a sexual assault on campus the night of Oct. 26th, my heart dropped. I had always known that sexual assault was something more common than not on college campuses, but I wasn’t prepared for the reality of it. Even worse, it occured in a campus residence hall, which puts the safety of our campus at risk in my mind.

As a rape survivor, I feel a personal connection to incidents such as this. Everyone has a different process of dealing with trauma and whether their process is how you think they should react or not, it’s always important to believe the victims of these kinds of attacks.

With the rise of the #MeToo movement in recent years, I’ve seen countless stories be told about traumatic events and experiences, which I think is a step in the right direction. These stories deserve to be told. These survivors deserve to be heard. But to me, it can also be overwhelming and embarrassing.

I was always a private person, and my rape was something that I never spoke about. When the #MeToo movement started to make a cultural impact, I was hopeful that rape culture and “unspoken” societal rules dealing with sexual assault would change. And things have changed, but I’ve also becoming overwhelmed with the talk about personal experiences of trauma.

These stories and experiences deserve to be told more than anything. Speaking up and telling your truth should be what a survivor strives to do. But everyone is different. Everyone deals with trauma differently. Some, like myself, feel small in comparison. The #MeToo movement has made so many changes to society in just a few short years; I should be celebrating. I feel happy that there have been so many positive outcomes from so much pain.

But the constant reminder of what happened to me via the retellings of other’s experiences gives me flashbacks to my own rape. I know that that is a personal issue that I need to deal with; I actively visit a counselor and reach out for help. It feels like the hypervisibility of sexual assault can push those who aren’t ready to share their story into the background. This isn’t intentionally, of course, but it’s a consequence of starting a cultural movement. There are those that are at the front and those that fade into the back.

These stories and experiences deserve to be told more than anything. Speaking up and telling your truth should be what a survivor strives to do.

Out of the #MeToo movement came “It’s On Us,” a national movement started by the Obama-Biden administration that helps prevent sexual assault on college campuses. West Chester University has their own chapter, and their week of action occurred last week. “It’s On Us” teaches students how to prevent, identify and intervene in possible situations where sexual assault can occur, which is a great resource for those who may be unsure of how to approach situations and feel confused about rape culture. WCU received the It’s On Us PA Grant in 2018 and 2019, which will only help to expand students’ knowledge about sexual assault and how to prevent it.

#MeToo changed the world. But with every change comes a consequence. There can be positive and negative outcomes to a societal movement. #MeToo is overwhelming positive, but the negative can’t be left behind. Those that feel hopeless and buried deserve to be heard too. I often think about whether I should share my story or stay silent. It’s on me to decide when or how I share what happened to me, but I do believe that with #MeToo, there is hope for a better change. A complete change.