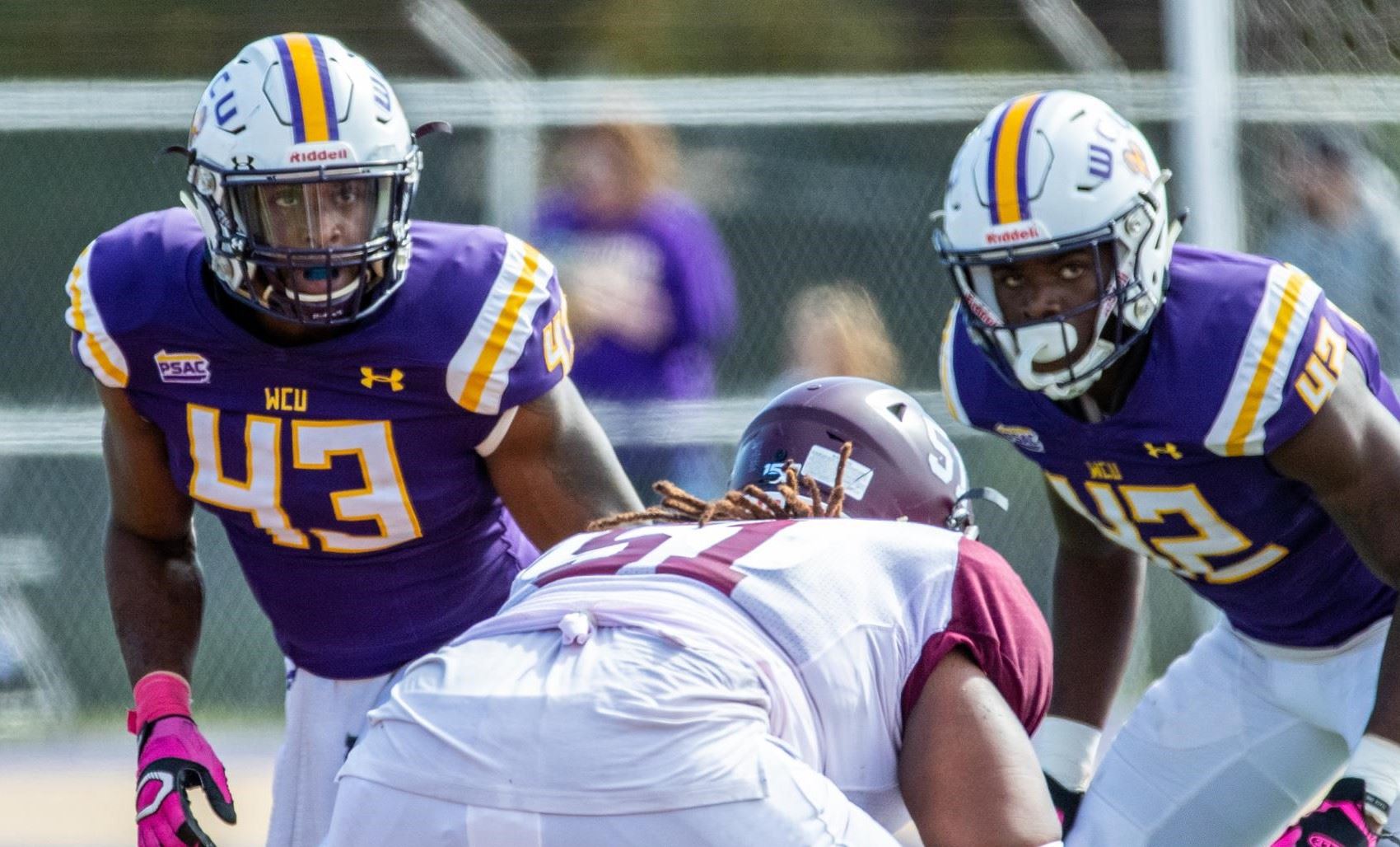 With everything from rivalry bragging rights to a ticket into the PSAC championship, the Golden Rams’ matchup against the Kutztown Golden Bears was an all-or-nothing game for both teams. West Chester came out aggressive immediately. The Rams opening drive only included one run and as a result they quickly went three and out. The Bears did not hesitate to be the aggressors; a few key passes got Kutztown quickly into West Chester territory. Despite quick march into their own territory, the West Chester defense regrouped and forced a three and out. However, the bend-but-not-break defense eventually broke after the defensive parted ways and allowed a 37-yard burst into the endzone, putting Kutztown over West Chester 7-0 in the first quarter.

West Chester’s offense tried to answer. Dooley converted three first-down conversions including one on fourth-down. Despite the impressive fight to get into the redzone, the Rams failed a way to get into the endzone. The Rams had to settle for a field goal, which kept them behind the Bears 7-3 early in the second quarter. The Golden Rams’ defense gained redemption for their missed assignments on the last score when sophomore cornerback Sterlen Barr forced a fumble that was recovered by freshman safety Shamar Edwards. With momentum on their side now, quarterback Paul Dooley connected with redshirt freshman Kenny Edelin for 22 yards into Kutztown territory. However, the Rams once again could not find a way to finish the drive with a touchdown. West Chester failed to convert on fourth-down and put the ball right back into Kutzown’s hands. The Bears took full advantage and kept their foot on the gas with a 63-yard touchdown pass to put them up 14-3 over the Rams.

A few drives later, the Bears kept the pressure on West Chester with a field goal that would further the lead to 16-3 near halftime. With a chance to tighten the gap on the scoreboard before halftime, the West Chester offense cost themselves a crucial interception. The offense once again flashed into the red zone with a 40 yard pass. Kutztown capped off the drive with a one yard touchdown to put them up 23-3 before halftime. In the third quarter, a six yard touchdown run by Dooley finally put the Rams on the board 23-10.

After a field goal by senior Andrew Cheggia, West Chester cut the lead to 24-17 in dire need to quickly score before the final minutes of the game. The Rams found their chance after swiftly getting the ball back and ending up in Kutztown territory. With a change of momentum in their sights and a championship on the line the Rams with for it on fourth and goal from the four yard line. Dooley looked to a wide-open Dan Neuhaus running to the left side of the endzone, but unfortunately the throw was incomplete. The Rams went on to lose the game 30-17 to the Bears in the biggest game of the season to date. Dooley finished with 227 passing yards, 68 rushing yards and two rushing touchdowns.

With this loss, the Rams miss out on their chances of clinching the PSAC East and making the PSAC championship. The Golden Rams look to regroup in Lock Haven, PA against the Lock Haven Bald Eagles.