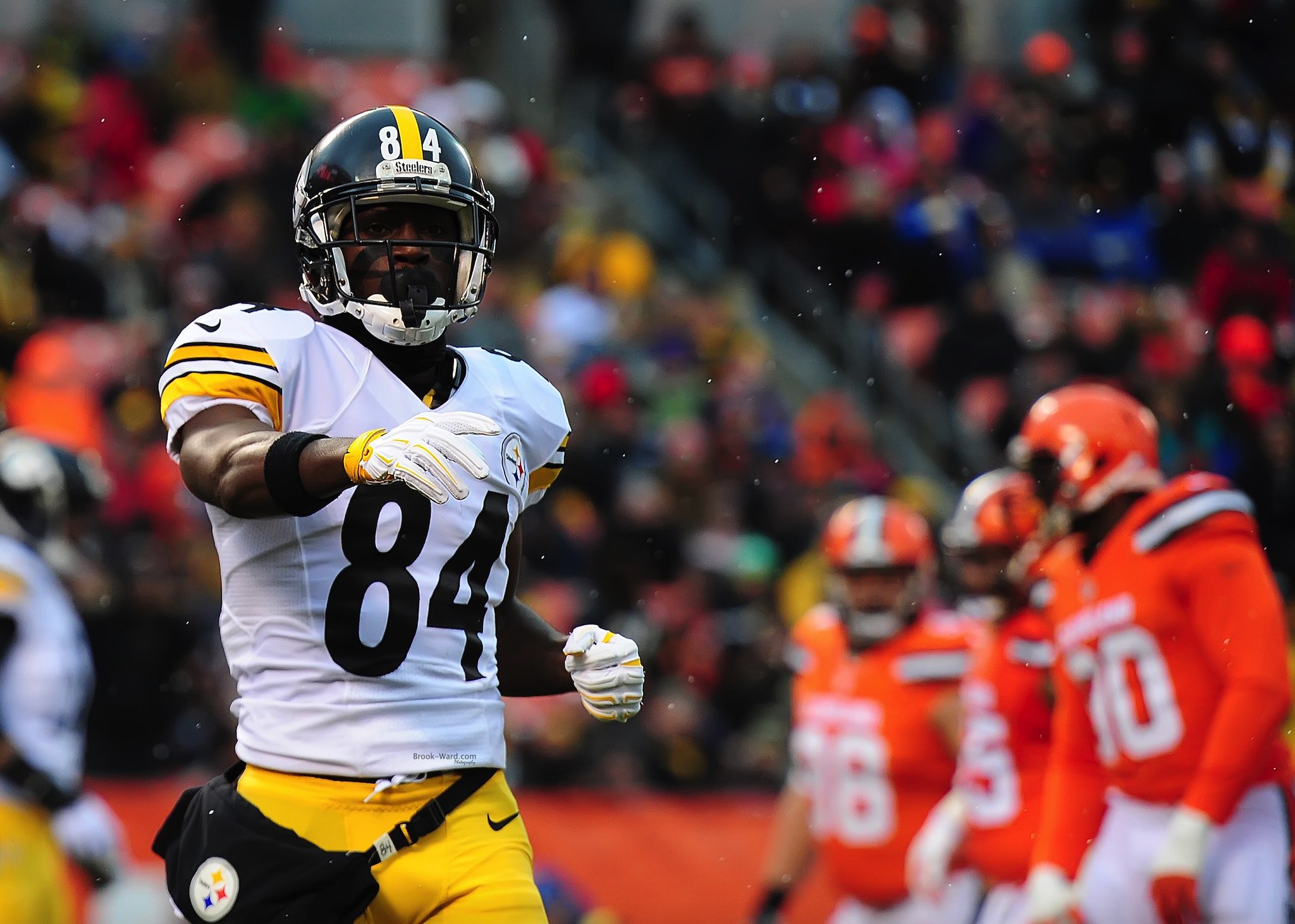 Photo: “Brown In Cleveland” by Brook Ward via Flickr

Over the course of this summer, we’ve watched as the famed “Antonio Brown” drama show unfolds before our eyes. Ever since the star wide receiver was traded to the Oakland Raiders back in March, he originally seemed like the perfect fit for Head Coach Jon Gruden and quarterback Derek Carr. However, as the summer went on, it seemed that Brown began to fall down an endless spiral —  as in early August, Brown was listed with frostbitten feet after a cryotherapy accident in France.

Many thought it was just a normal injury and of course it was, but that was just one of the many things Brown did. Going forward, Brown proceeded to only delve further, as he showed up to training camp in early August in a hot air balloon. Seeing Brown make huge stunts to just come to work was nothing out of the ordinary, as just this past training camp in the 2018-19 season, Brown showed up to Steelers Training Camp in a helicopter. Overall, this is nothing new for Brown, as for years, Head Coach Mike Tomlin in Pittsburgh somehow kept Brown’s antics quiet and didn’t let him loose. The Raiders on the other hand chose otherwise and let him loose, even when he was guaranteed nearly 30 million dollars.

As the pre-season winded down, it seemed as Brown was ready to play in the silver and black, and was ready to take the stage on the first Monday night game against Denver. He was ready until he got a fine from Raiders General Manager Mike Mayock, which resulted with a social media posting and a verbal and near-physical confrontation, in which Brown called Mayock a “cracker.” The Raiders didn’t take a liking to this situation at all —  as over these past weeks, he continued to post on social media and all over the internet, even going so far to say to the Raiders the words, “Release Me.” Oakland ended up voiding all of his guarantees and slipping right out of the situation as they released Brown on Sept. 7. The league and all of Oakland and Pittsburgh especially were rejoicing, laughing at the fact that Brown not only was unprofessional to his employers, but also tarnished his image — no matter how talented he may be. As he was released, he immediately posted a video of himself screaming in happiness that he was released, chanting “I’m free!”

It was announced later that evening that he signed with New England, which was the NFL’s nightmarish scenario for all fans and teams accordingly. The Patriots have always had a knack for making talent out of troubled personalities, like Hall of Famer Randy Moss in the past during their 18-1 season. But nothing has ever gone to a point in which the player has threatened team officials and others, like Brown did with the Raiders.

What Brown has done is flat out unprofessional, and he should be ashamed of himself for not only wasting Oakland’s time, but tarnishing his own image for the sake of social media clout. Brown is a talented player certainly, but his actions over this past summer have hit a peak, and I, as well as fans across the country, are flat out tired of AB’s antics.

For his sake, I hope he gets back to normal and plays well as the season goes on, but for right now, he certainly has a lot of work to do.