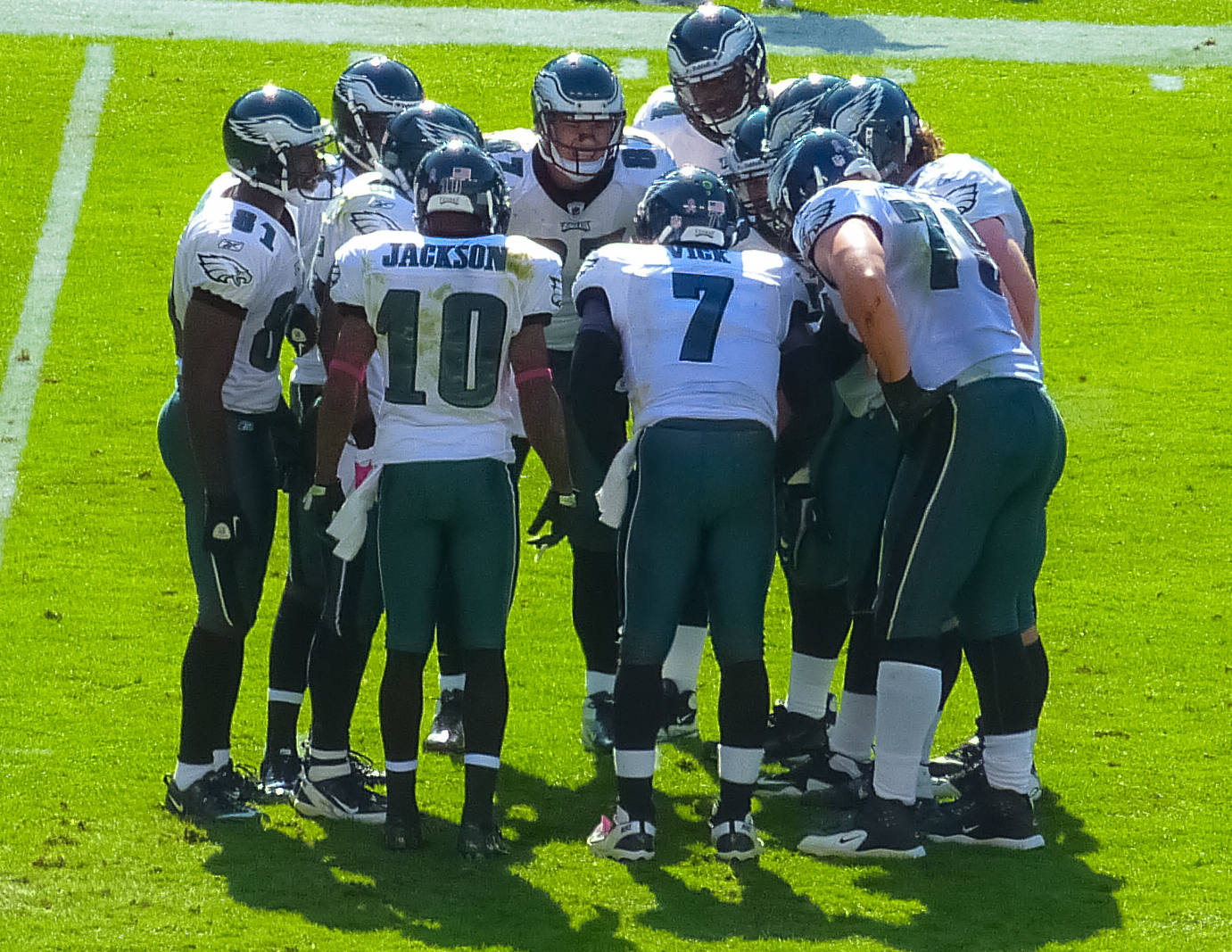 Football is back! The NFL season kicked off its 100th season on Thursday, Sept. 5 with a matchup of the Chicago Bears and the Green Bay Packers. Yet, it was not this matchup that green blooded fans in and around the City of Brotherly Love were anxious to see. Rather, the loyal Eagles fans were prepping their jerseys, hats and pre-game traditions to see the Birds take on the Washington Redskins. One point of focus for fans was to see how the returning prodigal son, Desean Jackson, would affect the offense. Jackson would be mightily involved in a come-from-behind victory led by a rejuvenated Carson Wentz and an ever-gambling Doug Pederson. Washington sprung to an early lead against a hostile Philly crowd, led by a Case Keenum air raid that left the Philly secondary scratching their heads. Down 17-0, Wentz and company put the first points on the board with what all Eagles fans, players and coaches had envisioned all offseason; a bomb to Jackson. After this 51 yard touchdown, Philly’s offense went quiet again to end the half. The ever-emotional Eagles fans showered the team with boos as they took to the locker room at halftime. Entering the second half down 20-7, Pederson’s crew did not blink. The team displayed an endurance that seems to have come from their past experiences and fighting through them together. Such was the case for the game against Washington where Philly endured and took the game over. Following an aggressive Pederson forth down pickup, the birds racked up 25 unanswered points through the second half, stunning the Redskins and thrilling the home crowd in South Philadelphia. Wentz looked like the confident and surgical MVP candidate everyone loved so dearly in the 2017 season. Most importantly, he looked healthy. Wentz made his second return from injury a memorable one with a masterful showing. He utilized his checkdowns when necessary, dialed up the awe-inspiring deep balls when they were there, spread the ball around, protected the ball and protected himself. One major improvement for the offense was the success on third downs. Wentz was 11 for 12 on the ‘money down’ and sprinkled in three touchdowns to go along. This was a major contributing factor to the success of the Superbowl-winning 2017-18 Eagles and a lacking element of the 2018-19 squad’s offense.

While there was plenty of success, there is still a lot of room for improvement that the Eagles must address. Among these elements is the slow start which the team failed to achieve. Another integral piece of the 2017-18 Eagles was their ability to dominate in the first half and chew up clock time with bruising backs by committee. The team fell to a 17 point deficit against the Redskins, and will need to make adjustments to their opening to games if they want to be successful. Another issue was the lack of pass rush and the secondary being ripped apart early on by a less-than-elite corps of wide receivers. These weaknesses will have to be addressed as the team prepares to face a far more dynamic offense in the Matt Ryan-led Falcons. The game is slated for Sunday night at 8:20 p.m. Eastern Time on NBC, and could definitely be a shootout considering the pair of talent-ridden offenses about to face off. A key to victory for the Eagles would be to run the ball more than they did against Washington and to start with a lead. Atlanta recently fell to the Vikings, who utilized their ground game so much that quarterback Kirk Cousins attempted only 11 passes. Philly has a very talented backfield and would be advised to use that “thunder and lightning” combination in Jordan Howard and Miles Sanders to dismantle the Falcons. With the nation watching this primetime matchup, how will Doug’s offense attack Atlanta? Will Jim Schwartz’ defense step to the challenge? It is sure to be a great matchup and potentially a playoff game later in the year.

Joseph Gill is a first-year student majoring in English. JG923276@wcupa.edu