A voice at West Chester: kicking off Black History Month 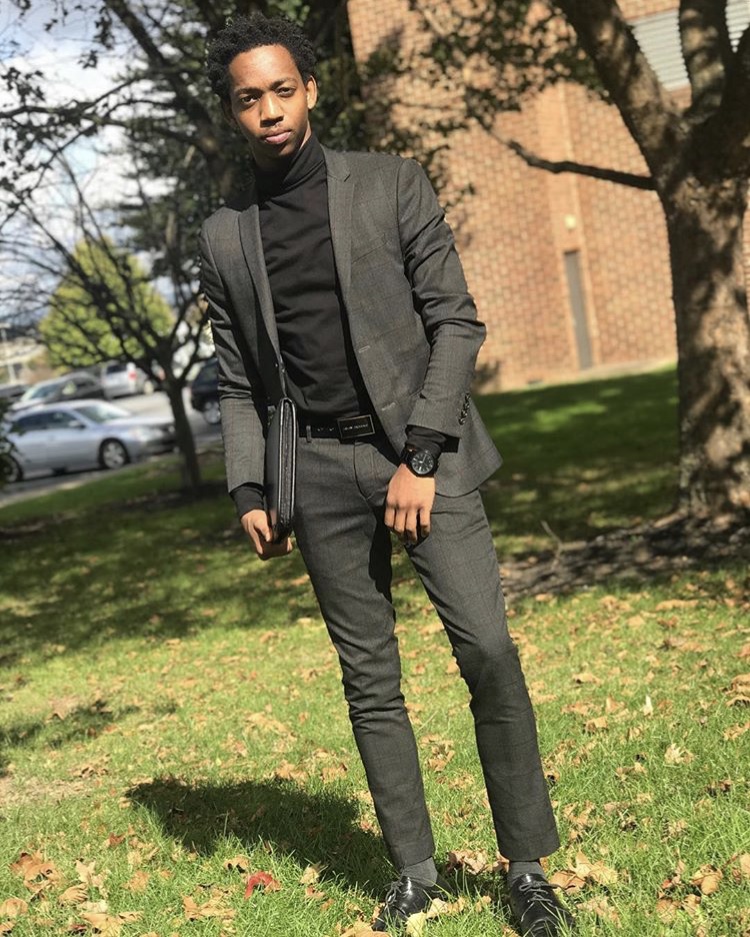 18,000 … the total population of students at West Chester University. We probably pass at least 50 people in a single day by just walking to class. But do you know the people you bump into racing to your 8 a.m.? Or the person that sits right in front of you in your English Lit class? Most likely, that answer is no, but for some reason, if that person is different from us, whether it be they wear a hijab, have a darker or lighter skin color, or dress differently, we have already made our assumptions about the other person within the first three minutes of meeting them.

…we have already made our assumptions about the other person within the first three minutes.

Doesn’t make sense, does it? Yet, it happens every day, which is part of the reason why “A Voice at the Table” was created. We wanted to create a new segment on West Chester’s campus that talks about diversity, being part of the minority group here at a PWI (Predominantly White Institution), while also creating inclusion by inviting all students to share their voice and opinions on various social justice topics. Of course, we have to go back in time where those voices first started. Being that it’s Black History Month, we want to shine a light on historic figures in West Chester that most may not know about. For example, Ruby Jones Hall (one of the buildings on the academic quad) is named in honor of Ruby Jones, West Chester University’s first faculty member of color. Jones graduated West Chester State Teacher’s College in 1940, and went back to teach from 1962-1972. Of course, we have to mention the statue of Fredrick Douglass that also stands in the quad. The  Frederick Douglass Institute is named after the former slave, author and statesman. It’s more than just keeping his legacy; Douglass made an impact on West Chester by frequently visiting and even giving a speech in the area on Feb. 1, 1895, just weeks before his death.

It’s inspiring to see some of West Chester’s historical figures create a path for us to follow, especially during this important month involving great leaders such as Dr. King, Malcolm X and Langston Hughes (just to name a few.) We have figures now that are also following their footsteps, such as Jordan Peele, a black comedian/director who is changing the film world by including more black characters in his movies and raising interest about social injustice from his first popular movie, “Get Out.” Others include Michelle Obama , who just released her best-selling autobiography “Becoming Michelle Obama,” and younger figures like Yara Shahidi, who became a role model for her generation from starring in two popular television shows (Black-ish and Grown-ish) and attending Harvard University while being a voice and raising awareness in the political and social aspect.

I’m only as good as the expectations I set for myself.

Of course, we have to acknowledge the students here at West Chester  that are making an impact. For example, Elliot Mason is a third-year majoring in exercise science and is heavily involved in the university. He may seem like the average, everyday college student, but we all have a different path of how we got to West Chester. What sets Mason apart from some of the average students is that college wasn’t always an option set forth for him in his school environment where he faced suspensions and often got in trouble. “I grew up in a neighborhood where all the kids went to the same school, and the goal was to just graduate, and get a job; college was never talked about.” Mason goes on to explain how his gifted academics and family helped take him out of that situation and into a better school, where attending college was something possible. Mason describes the importance of his family, who eventually played an important role in choosing West Chester: “My family is represented in every decision I make, they keep me humbled and grounded and remind me that I’m only as good as the expectations I set for myself.” From getting involved in Black Student Union and The Lawrence A. Dowdy Peer Mentor Program to participating in spoken words such as “Voices in Power,” he uses his knowledge for more than just academics: he brings awareness to multicultural and minority issues, being an influence to others and using his voice in poetic ways to spread a message. The advice he gives to younger generations of West Chester is to “step outside of your comfort zone, know who you are and don’t let them make you be quiet.”

I began to see the power in being a minority, because we can inform the majority.

I had a chance to talk to another student who has made her mark at West Chester: Naarah Knuckles. Growing up in a predominantly white neighborhood, she faced people who tried to define her identity. They would say, for example, ‘You’re the whitest black girl I know,’” or other comments such as those that would minimize her blackness. It was her home environment, especially her older sister Nemadia Knuckles, who paved the way to help make her own identity as well as being there to offer advice as she moved through young adulthood. “I began to see the power in being a minority, because we can inform the majority.”     This led to her experience in attending West Chester and deciding to major in communication studies with a minor in journalism, something not usually approved by West African parents. “My parents, who are Liberian, wanted me to pursue something more guaranteed to get me a job right after college. At first it was hard for them to accept that I’m not a math or science person.”

Knuckles explains how eventually her parents saw how much passion she has for her career choices and now support both her and her siblings. Besides academics, she has given back and become involved with the University in many ways, being part of Sisters United, The African Student Association, The Lawrence A. Dowdy Peer Mentor Program, National Association of Black Journalists and Student Government Association, giving her the space to also talk about multicultural issues here on campus to a bigger audience. To anyone who’s trying to make an impact at West Chester, her advice is to, “remain optimistic, stay true to yourself and remember that whatever impact you make, big or small, remind yourself that you made a difference to West Chester’s campus that will be remembered.”