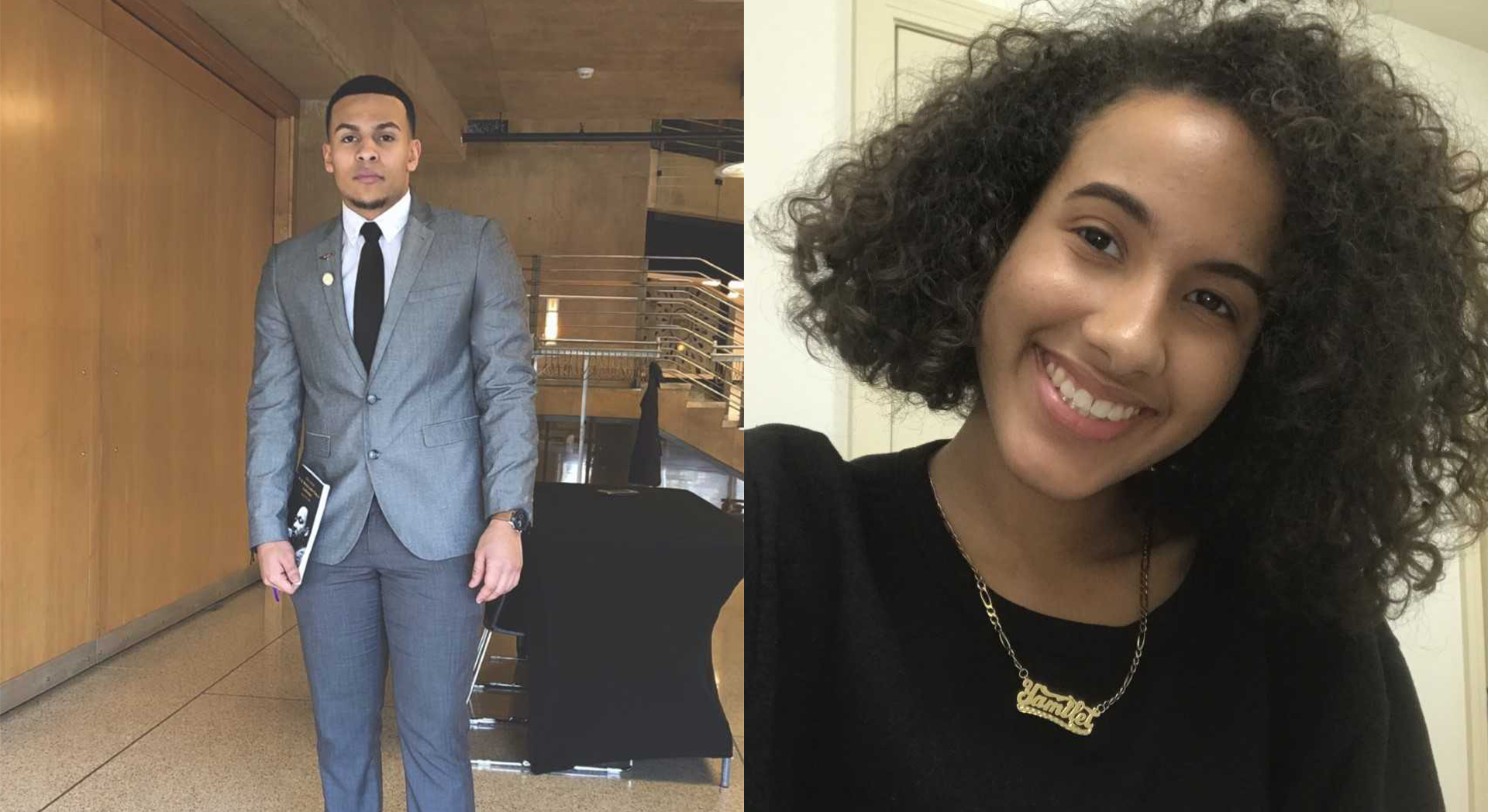 Devin Washington
This past month I had the chance to speak with Devin Washington, a student known around West Chester as  friendly, goofy and approachable. From Lancaster, he comes from both city and suburban environments and school systems. With a tight knit Latino and Black family background, Washington fit in at West Chester joining LASO (Latino American Student Organization), Mas Flow dance team and Lambda Alpha Upsilon Fraternity Inc. representing his Latino background.

A common struggle Washington had was finding balance between his Latino and Black backgrounds. “I always felt comfortable in both communities, but when I first came here, there was an obvious divide between the two, and being that my most dominant culture is Puerto Rican naturally I just found myself hanging out with the Latin side of campus more.” But over the years there’s been a huge difference, and more connection between the two groups on campus.

Washington has been a part of that change by getting involved in many different opportunities such as being part of inclusive programs through his fraternity, pageants (Mr. Pearlfect Gentlemen) and hosting the Frederick Douglass Society’s annual MLK Day Luncheon for the past two years.

Washington gave a notable reflection about his experience being a minority in America during his closing remarks at this year’s brunch in January. “Opportunities like those I’m really grateful for because they help me stay involved within the black community on campus and embrace both of my cultural identities.”

Of course it’s hard not to acknowledge his environment at home that made his humbled character. “A lot of people say I take after my father, all the time he reminded me to keep business before pleasure, I’ve kept that in the back of my mind and despite the many distractions college can throw at you I haven’t lost focus or track of my goals since.” To the new generation, Washington’s advice is to, “Step out of your comfort zone. Once you start college this is your community, each student has their own influence, be that change and don’t be afraid to start it.”

Yami Reyes
It’s no secret that we live in a patriarchal society. Also no secret that we are navigating an inherently racist society. What people don’t recognize is that another issue in our society is heterosexism and cissexism. So, I decided to have a conversation about what it is like navigating our campus for Queer and Trans People of Color (QTPOC) with Yami Reyes. Reyes identifies as a “mixed race latinx person. [She’s] a cis woman and sexuality wise, switches between bisexual and queer.”

As a Women and Gender Studies major, Reyes is  well versed in intersectionality and the dangers of ignoring it. Intersectionality is a term coined by Kimberlé Crenshaw that explains how all oppressions are linked together through common systems that impact our individual navigations and potentiality of life.

What this means for Reyes, is that 24/7 she exists as a latinx, queer woman of color. And unfortunately, she sometimes has to choose which identity gets to be expressed for the sake of the other. “The two identities that kind of intersect the most are my race and my sexuality because they often butt heads. I do often feel that I have to drop an identity at the door whenever I enter mainly POC spaces or mainly queer spaces. It happens often enough that it’s kind of impactful in my life’’ We talked about the fact that sometimes, black and brown people don’t always have an understanding of sexuality and gender outside of straight men and women.

‘I do often feel that I have to drop an identity at the door whenever I enter mainly POC spaces or mainly queer spaces.’

As a result, we face exclusion until it’s time to be tokenized. Reyes shares her experience with exclusion on our campus. “I would always try to bring up educational programs or conversations about the queer and trans POC community and wanting to explore that more in those spaces because it was a conversation that we were lacking and I would often get weird looks, ignored, and it wouldn’t be taken into consideration unless someone that was not a queer or trans person in that space brought it up and then I would be used as a point of reference”.

It isn’t uncommon for us QTPOC to only be used when it’s convenient, like making our university look more diverse and inclusive than it really is for marginalized people. Reyes shared that she’s often the person to bring up the POC perspective, the queer perspective, and the QTPOC perspective because otherwise, the conversation isn’t had. Trans and queer identities and their narratives aren’t the first narrative if at all and that certainly impacts the way she navigates campus, she shared. She also expressed that, “Being bisexual or queer in general, we’re often erased and excluded from conversations, we always have to fight for [things we deserve] on the administrative level with student affairs wanting different resources for us and the rest of our community.”

The same is true not just with queer people but with trans people always having to have the conversation over and over and being ignored. Many people, inside and outside of communities of color express this sentiment towards the trans and queer community, especially QTPOC. It’s the idea that we should be grateful for the 1/8 of a teaspoon of inclusion that we do have instead of fighting for the full cup of inclusion, acceptance and equity that we fully deserve. But are we properly utilizing a seat or a voice at the table if we aren’t making space for everyone’s voice at said table?

Regardless of the erasure and miseducation surrounding QTPOC, Reyes is proud of herself and her identities. “At the end of the day, it doesn’t matter if you validate me or not, I know who I love and I know who I am.”

So fight on my trans and queer folks of color out there, you’re valid, you matter, and you deserve your spot in the world like everyone else.

Nahje Royster is a fourth-year student majoring in  Women’s and Gender Studies and minoring in African American Studies. NR852569@wcupa.edu