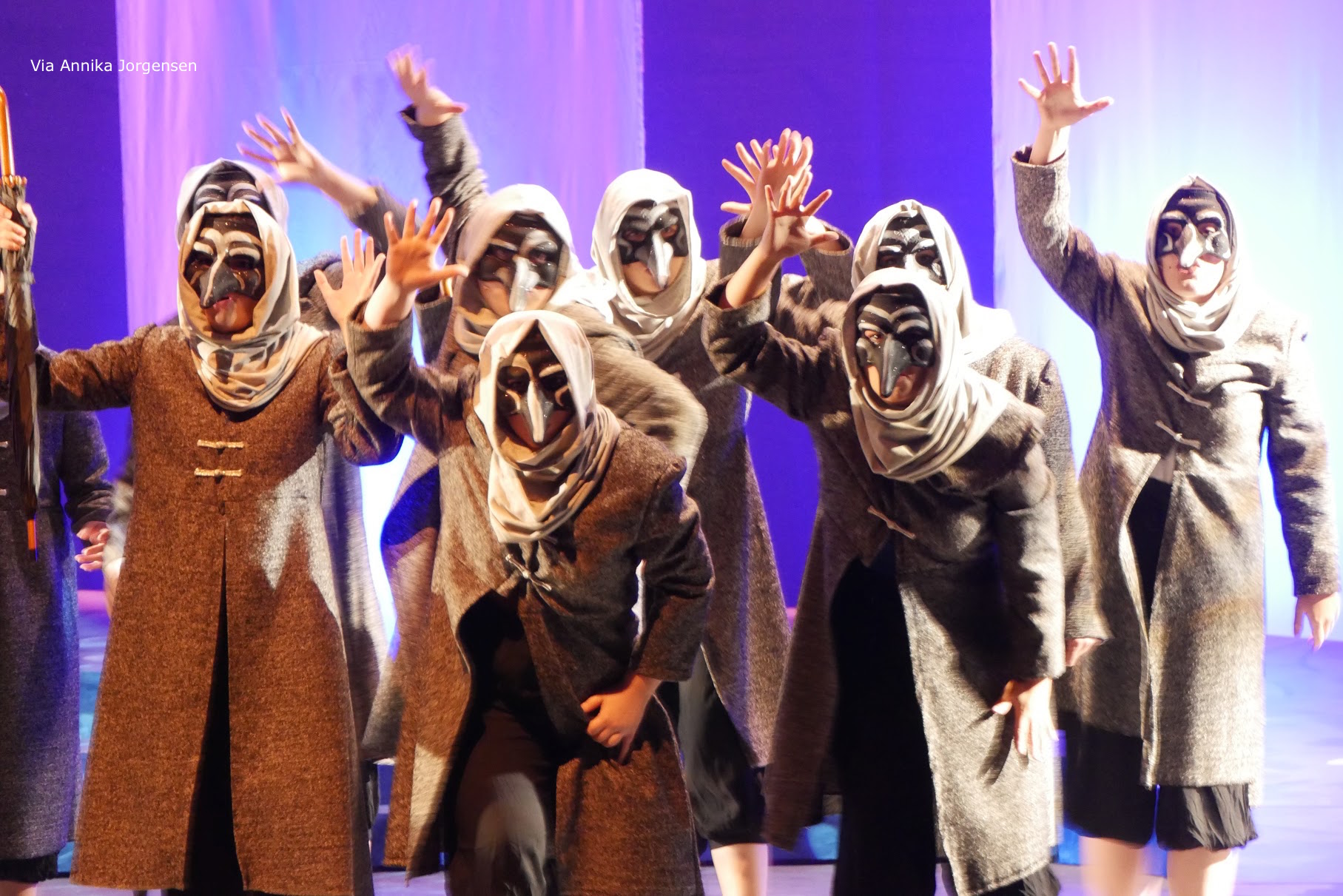 On Friday, October 12, I attended the premiere of WCU’s production of the ancient Greek stage play, “Antigone.” Although I am primarily a film critic, I rejoiced in the opportunity to write about my first visit to a WCU theatre drama. I eagerly awaited attending a contemporary rendition of a story so pivotal to my motherland’s artistic heritage. I am happy to say that the Department of Theatre and Dance did justice to Sophocles’ classic.

Written in or before 441 BCE, “Antigone” is canonically the third and final Theban play. The story begins in the aftermath of Polyneikes’ and Eteokles’ (Oedipus’ sons) battle for the throne of Thebes. After the brothers slay each other, their uncle Kreon becomes king. Kreon decides to honor Eteokles’ memory while publicly shaming Polyneikes’ by forbidding his burial and leaving his body to rot where it lies. Antigone, the story’s protagonist and namesake, challenges Kreon’s decision and buries Polyneikes. She is discovered, and tragedy ensues. WCU’s production follows Anne Carson’s translation.

Curiously, the Department of Theatre and Dance chose to stage “Antigone” with minimal sets. There are, in fact, no sets used besides a raised platform, a few blank banners suspended from the ceiling and colorful lighting. I was initially perturbed by this choice and kept waiting for a substantial change in scenery. However, before the ending of the first act I had realized how valuable the minimal sets were. As actor Leka Ward—whose performance (of Kreon) is my personal favorite—said, “the lack of intricate sets helps showcase the performances.” There are very few characters in “Antigone,” and thus allowing all attention to be gravitated directly to the actors’ performances is crucial.

Lighting and projected animation are used masterfully in this production. The color of the lighting often corresponds to each scene’s mood and sometimes comments on character. Animated film segments are utilized a couple of times to help explain the plot. One standout scene occurs toward the end, where both lighting and projections are combined to deliver the narrative’s most tragic news. The play also opens with a bang, reminiscent of the Tragedy of Macbeth.

Close attention is obviously paid to choreography and overall movement. The chorus is exemplary in that respect, and its organized movement, singing and speaking make it appropriately uncanny or humorous, depending on the scene. An umbrella accidentally broke, but even that was ultimately handled with grace. The careful organization of movement also serves a symbolic purpose, as only characters with significant power are ever positioned at the top of the platform, while all others look up from a lower level.

As Taylor Mattes, fourth year theatre major and stage manager of the play, explains, “Tech rehearsals are so incredible because they add the final pieces to the show with lighting, sound and costumes, and our cast responded so well to having all of the technical elements in place. I loved watching everyone’s hard work come together to form something beautiful and meaningful.”

My sole complaint with the production’s mise-en-scène is about the costumes. Although the costumes look fantastic, it often feels like they are from different historical settings. For instance, Antigone’s costume clearly resembles ancient Greek garments, while the chorus wears plague doctor-esque masks, and Kreon is dressed in a much more modern-looking vibrant red coat. The costumes are all beautiful individually, but seeing them side-by-side is sometimes jarring.

Perhaps the most noteworthy aspect of this production is its all-female cast. The twenty women in the cast give fantastic performances while they play both traditionally male and female roles. I was especially amazed by the chorus, which had to remain on-stage, without break, for most of the play. Ward and Rebecca Allen also gave standout performances, especially in a scene where they confront each other. Moreover, I must of course mention Casey Parker’s stellar performance as Antigone. The narrative is essentially about a young woman standing up against the patriarchy, so this drama is the perfect opportunity to utilize an all-female cast. After the show, Ward shared this sentiment and celebrated director John Bellomo’s choice to use an all-female cast.

“Antigone” is presented in the Madeleine Wing Adler Theatre located in the Swope Music Building. The next shows will be on Friday, October 19 and Saturday, October 20 at 7:30pm. Tickets range from $13 to $16 and may be purchased at the E.O. Bull Center Box Office on wcupatix.com/theatreanddance, or at the door on the day (if there are seats still available). The production lasts about 75 minutes and has no intermission. Come out and support your fellow students’ fresh, modern adaptation of this ancient classic!

Chris Sassaris is a student at West Chester University. PS868710@wcupa.edu