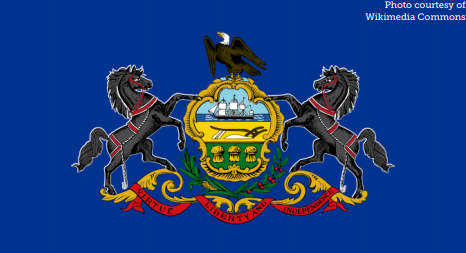 As schools within the Pennsylvania State System of Higher Education (PASSHE) face financial struggles, many are trying to determine the best method to improve their circumstances. RAND Corporation for the Pennsylvania legislature conducted a study whose results were showcased in a presentation to the Legislative Budget and Finance Committee in Harrisburg, Pennsylvania  on Wednesday, April 25.

Charles Goldman, the lead researcher of the study, said that the Pennsylvania legislature “provides a relatively low level of funding compared to other states for higher education. And the appropriations for higher education were cut starting in 2011 after the Great Recession. As a result, the public appropriation has been paying a smaller share of the costs of the system, and students and their families have been paying a larger share.”

This statement echoes CNBC’s findings that Pennsylvania is second in the country with students that have the most debt, with 71 percent of graduates accumulating debt at an average of $34,798.

Expenses have a direct effect on enrollment. WESA New’s Adelina Lancianese reports RAND noted that between 2010 and 2016 there was a 13 percent decline in enrollment and nearly, “80 percent of state schools are still operating in a financial deficit.”

Goldman does acknowledge that state schools becoming state-related does come with its own risks. “Options where the current State System universities become independent state-related universities or merge with state-related institutions could result in the loss of the State System’s valuable sovereign immunity from lawsuits and might lead to increases in student costs,” said Goldman. “But if implemented well, they could address the most pressing issues facing the system.”

Additionally, Schackner notes, “the changes [proposed in the study] would have huge implications from collective bargaining agreements with faculty and other unions to transparency. The State System is subject to the state’s Right-to-Know Law, while the state-related universities are largely exempt.”

Kenneth Mash, president of the Association of Pennsylvania State College and University Faculties called the study a “farce” whose rhetoric was, “in line with what’s desired by those who are hostile to public education in the Commonwealth.” Schackner notes that Mash found the real “culprit” was not the student cost but rather insufficient funding from the state, citing that, “[Pennsylvania] is ranked 47th among 50 states in per-capita funding for its higher education institutions.”

Gov. Tom Wolf, according to Schackner, said that the PASSHE schools are, “an incredible value for students and local communities” but that, “the biggest issue the last decade was funding cuts by his predecessor.” Lancaster Online’s Alex Geli reports that Wolf’s 2018-2019 budget proposed 3.3 percent more funding to the state system but still, “about $9 million less than the appropriation from 2008-09, when education funding began to plummet due to the recession.”

This study is not the first time the State System was put under review. The National Center for Higher Education Management Systems released their findings in July of 2017 and  called for academic program and administrative consolidation, the current board of governors being replaced by people with less ties to the universities and ridding the system of the single tuition rate. Their report did not call for mergers.

State System Interim Chancellor Karen Whitney said, “The State System is focused on doing the hard work necessary to redesign itself to be less bureaucratic and more student-focused,” but referred to the call for merging “cheap” and “cowardly” according to Geli.

Schackner writes that, “System officials said the RAND study affirmed much of the work done last year by them and NCHEMS to make the system more responsive to the state’s education and workforce needs, and to families’ ability to pay for college.”

Mash also addressed the concern about what consolidation could mean for incoming students across the state. “Most of our universities that are struggling are located in some of the poorest areas of the Commonwealth,” he said. “How does it improve the lives of those who live there to close out opportunities for students to achieve the American Dream?”

Halle Nelson is a fourth-year student majoring in communication studies with minors in English literature and deaf studies. ✉HN824858@wcupa.edu.