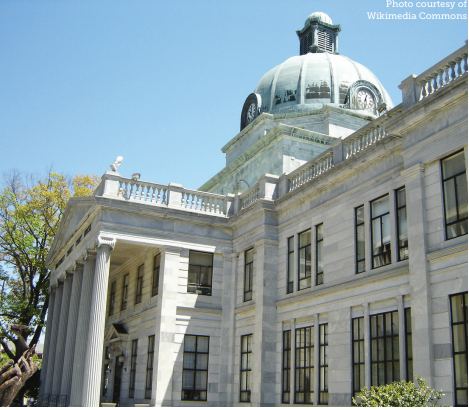 On Thursday, April 26 after 14 hours of deliberation, the jury at Montgomery County Courthouse handling comedian Bill Cosby’s retrial convicted him at 1:30 p.m. of three charges of aggravated sexual assault. Though more than 60 women have accused Cosby of sexual misconduct, this particular conviction stemmed from Cosby drugging and raping 45-year-old former basketball player Andrea Constand while she was a guest at his mansion in 2004. 80-year-old Cosby is now facing a potential sentence of up to 30 years in prison. Cosby still denies that he is guilty, evidenced when he turned down a plea deal in 2017.  Fox News quoted him saying, “I just refused to plead guilty to something that didn’t happen.” Despite this statement of innocence, Cosby paid Constand 2.9 million dollars in a 2006 civil settlement.

During the trial, the topic of Constand’s sexuality was brought into question. Canadian native Constand stated that she felt very uncomfortable from Cosby’s advances since she identifies as a lesbian. Constand, at the time of the assault, was 30 years old and worked at Temple University as the Director of Operations for the basketball team. Pictures appeared on Twitter of Constand smiling and embracing her supporters once the verdict was announced. 76-year-old celebrity attorney Gloria Allred stated, “We are so happy that finally, we can say women are believed … in a court of law.” Gloria Allred is recognized as an American women’s rights attorney and represented 33 of Cosby’s over 60 victims.

Cosby’s other victims celebrated as well once the conviction was made official. Former actress Lili Bernard reacted with this statement: “It is a victory for all sexual assault survivors, female and male.” Lili Bernard reported Cosby assaulted her in 1992 when she guest-starred on an episode of The Cosby Show. Patricia Leary Steuer stated, “I can finally lay down my shield and sword for a while … I’m a little weary and feel battered, but right now I’m thrilled,” having been a victim of Cosby on two separate occasions in 1978 and 1980 while working on becoming a professional singer.

Cosby’s representatives, Ebonee Benson and Andrew Wyatt, protest for an appeal to the charge of guilt, claiming Constad is falsely accusing Cosby so she can profit off of the monetary settlements. The two called one juror a racist while George Stephanopoulos interviewed them on “Good Morning America.” “This became a public lynching … The South came to the East,” stated Wyatt after the trial concluded. Celebrity defense attorney Tom Mesereau called Constand a liar and stated, “You would need pliers to pull the truth from this woman.” Several online sources state Cosby is mentally preparing himself for incarceration. Sources report Cosby is under house arrest in his Philadelphia residence. The TV icon is also outfitted with a GPS tracker to monitor his movements.

Doménica Castro is a third-year student majoring in communication studies with a minor in Spanish. ✉DC874612@wcupa.edu