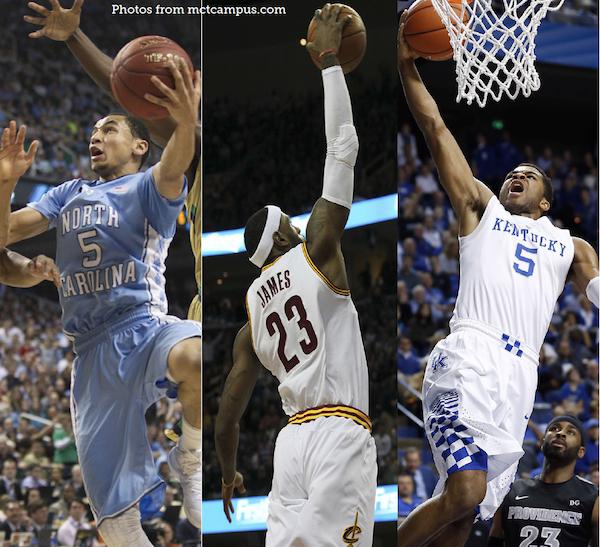 “It’s the most wonderful time of the year,’ is a phrase synonymous with the holiday season, but basketball fans such as myself know that it’s definitely applicable to the March through June timeframe, which, in my opinion, is the most exciting period of time in the sports world.

The NCAA Tournament for many fans is an evaluation period. It’s a chance for those who casually skimmed through highlights, box scores and other sources of information during college’s regular season to truly sit down and assess some young and promising stars. Some college players may be destined to change the fortunes of bottom feeding NBA teams, while others may simply become a stellar player hoping to secure a position in some team’s rotation as a specialist. But for many of these kids, their dreams of gracing an NBA floor will soon come to a screeching halt. The idea of dueling with the Stephen Currys, LeBron James and Kevin Durants of the world are terminated, as their tenure at their respective colleges are soon to be complete.

This is what makes the NCAA Tournament such a joy to watch. The heart, intensity, grit, and dedication these kids play with are truly inspiring. It’s what basketball, and most importantly, all sports are about.

In early April, the national championship game for the tournament rolls around, and a collegiate champion is crowned. The exhausting journey that is the NCAA Tournament concludes, and all attention goes to the big dogs, the NBA.

In early April, NBA teams are jockeying for playoff position, which leads to the production the season’s best games. As basketball fans anxiously await the commencement of the NBA Playoffs, several unanswered regular season questions are responded to. Which star will have secured the lead in this year’s highly entertaining MVP race? How many teams will emerge from the brutal Western Conference unscathed ready to combat their foes for a chance to represent the West in the NBA Finals? Will the Cleveland Cavaliers’ newfound identity on defense be strong enough to get them through the postseason?

The intensity of the game, the hostile environments and the physicality that is sure to come during these contests make the NBA Playoffs such an appealing watch. The game slows down, each possession skyrockets in meaning and the emotion is in full throttle. Superstars begin to salivate at the prospect of cementing their legacy by accomplishing their career long dream: winning an NBA championship. Mid-April through June is the most brilliant and beautiful display of basketball any individual could ask for. The NBA Playoffs are a mesh of intensity, skill and wit, and the team that overpowers the opposition with all three usually ascends to the highest of heights, and wins the Larry O’Brien trophy.

Playing against the same team over a possible period of seven games becomes annoying. Not only does it become annoying, but also predictable. Emotions start to escalate, venom begins to spew and blood slowly starts to boil. Rivalries are then etched in stone, and classic match ups are born. While others may breakdown physically, some propel themselves to heights others thought weren’t possible.For years we’ve watched players elevate to those new heights come playoff time, will we see it yet again this year?

Yes, March until June is definitely the most wonderful time of the year, as fierce and devoted teams look to promote themselves to the status of champion. Watching these squads attempt to get there is what’s so remarkable, as some titans may folly and the meek may surprisingly prosper. Whatever the case is, sit back and immerse yourself in all of this basketball.

And as the weather gets warmer, and the days get longer, don’t be afraid to venture outside and run a couple games with some buddies. The highlight plays may be scarce compared to the D-1 ballers and pros, but the concept is all the same. Enjoy the game of basketball with committed mindset, and some fantastic memories can be produced. To some it’s just a game, but for hoops junkies such as myself it’s more than that. The same can be said in reference to the college and NBA teams looking to hunt down a championship.

B.J. Boyer is a second-year student and he can be reached at WB806695@wcupa.edu