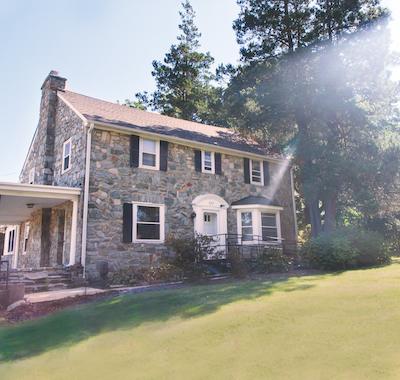 Poets and attendees of West Chester University’s annual, internationally-known Poetry Conference have spoken out against Director Kim Bridgford’s reassignment to full-time teaching and the subsequent cancellation of the 2015 Poetry Conference.

The announcement of Dr. Bridgford’s reassignment was emailed to the English department at WCU on Monday, Sept. 15.  Dr. Lori Vermeulen, the Dean of the College of Arts and Sciences, emailed the department and informed them, “Beginning today, Dr. Kim Bridgford will no longer serve as the Center’s Director.”

Dr. Vermeulen told the staff “as we make this transition, please be assured that the University is committed to the long-term success of the Poetry Center and its programs.”  Dr. Vermeulen explained that an administrative review was underway to determine how to proceed with the Poetry Center.  “Input will be sought from members of both the campus and poetry communities,” her email said.

Given the timing and the process that will go into hiring a new director, Dr. Vermeulen’s email also said, “I am following the advice of conference co-founder Dana Gioia and placing the event in hiatus for one year while we develop the organization and leadership necessary to assure a thriving conference in June 2016.”

Dr. Vermeulen declined to comment on the reason for Dr. Bridgford’s reassignment, due to faculty having confidentiality rights in regards to personnel decisions. Pamela Sheridan, the director of Public Relations and Marketing at West Chester University, has confirmed that Dr. Bridgford was reassigned to full-time teaching.

The Poetry Conference is a four-day event to which poets come from around the world.  The conference had its 20th anniversary this past June.

Dr. Bridgford first became the director of the Poetry Center in 2010.  When she began working with the conference, she changed its reported reputation for adhering to formalism. Dr. Bridgford became well-known for her inclusive practices at the Conference, as she broadened both the demographic and focus of the conference to include minorities and women.

Dr. Bridgford also worked with organizations like the Poetry Society of America, Urban Word, and Cave Canem, increased involvement with K-12 programs, organized student readings, and brought in poet laureates for the Center, according to Pat Valdata, a poet who regularly attended the conference.

Natalie Gerber, who was chosen as a seminar leader at the poetry conference by Dr. Bridgford in the past, said, “Dr. Bridgford was selected by the conference’s founders to take over because she had the credibility, track record, network, and skills not only to open the conference to these wider ranges of formal experimentation and practice, but also to draw in new, younger presenters and attendees and to encourage distinguished poets who are women and people of color, making everyone feel welcome and supported.”

Anna M. Evans, a New Jersey poet who has attended the conference for the past seven years and led a seminar there for the past four, has also commented on the importance of the conference.   It is, she explained, “an amazing event.  It became even more amazing because of Kim.”

Evans feels that the conference has become so well-known because it is “the only place that a gathering of poets get together to talk intensely about their craft.”  The conference, she explained, is unique from others, because of its specific focus on poetry.

The conference has been recognized as one of the most important in the nation.

“What distinguishes West Chester from many other poetry conferences or events is its emphasis upon building and supporting community: we come together once a year from all over the U.S., even all over the world, to share a love of poetry and to actively cultivate a poetry-centered community,” said Gerber.

The conference’s reputation has made it a pillar of the poetry community.  In light of the 2015 cancellation, many conference regulars have taken to social media and other websites in protest.  Anna M. Evans, in particular, has vocally protested the reassignment of Dr. Bridgford.

On ablemuse.com, a poetry website, Evans started a thread regarding the reassignment.  The discussion now has over 190 comments. Evans stated that she was “horrified” to inform the community as to the reassignment and encouraged them to write to the Dean of the College of Arts and Sciences, Dr. Lori A. Vermeulen, regarding the cancellation and in support of Dr. Bridgford. This letter-writing campaign has also taken hold of the WCU Poetry Facebook page.

While many of the conference regulars are simply writing to Dean Vermeulen and President Weisenstein regarding their displeasure at the cancellation of the conference, others, like Anna Evans, are seeking a reason for Dr. Bridgford’s sudden dismissal.  Due to it being a confidential personnel issue, however, no official statement has been released on the matter.

An online petition has also begun (http://www.ipetitions.com/petition/reinstate-kim-bridgford-as-wcu-poetry-center) to reinstate Dr. Bridgford as director of the poetry center.  Over 140 people have signed the petition in just a matter of days, many of whom have shared their dismay at the conference’s cancellation as well.  The petition comments on the importance of Dr. Bridgford’s work.  It also says, “As a group, we believe that since no one in the WCU Administration can either clearly justify or plainly state why Dr. Bridgford has been reassigned from her position as Director of the Poetry Center and Conference, she should be reinstated as Director of the Center as quickly as possible.”

Valdata, who has attended the Poetry Conference since 2001, said she does not know why Dr. Bridgford was removed as director. Valdata said, “Her performance as director was impeccable.”  She said, “I fervently hope that President Weisenstein will reverse this bad decision and reinstate Kim as director of the Poetry Center.”

“Kim is known for her combination of intellect, energy, grace, kindness, and humor–she’s the kind of person any university should want in such a high-profile position as Poetry Center director. Her work as a poet, as well as with Mezzo Cammin and the Women Poets Timeline, speak for themselves. She deserves to be put back in charge and apologized to immediately,” said Robin Kemp, a poet who has attended the conference for years and whose MFA thesis and book, “This Pagan Heaven”, was heavily influenced by her experience at West Chester.

Evans also wants Dr. Bridgford reinstated, as she does not believe there was a good reason for her dismissal.  She explained, “I just want justice for Kim. She has done amazing work for the Poetry Center.  She’s a role model, and I admire her intensely.”

Regardless, the announcement appears to have been sudden.  Ted Kooser, a poet, was recently announced as the 2015 Keynote Speaker.  Dr. Bridgford, herself, celebrated the launch of her poetry book, “Doll,” at the Poetry Center on Sept. 10.

“I and my colleagues are shocked and dismayed to see the person who most embodies this vision of the Poetry Center and who has done more than anyone else to realize it removed from the leadership position she so eminently deserves. We call upon the national poetry community to stand with us and demonstrate that Dr. Bridgford’s accomplishments as Director resonate well beyond West Chester,” said Gerber.

The Poetry Conference will be continued in 2016. Dean Vermeulen said, “The Poetry Conference is a university treasure. I have attended for the past seven years and have found it to have a passionate following.  It provides an inclusive and supportive environment for aspiring writers.  I hope to see that continue well into the future.”

Theresa Kelly is a third-year student majoring in English literature secondary education.  She can be reached at TK780615@wcupa.edu.