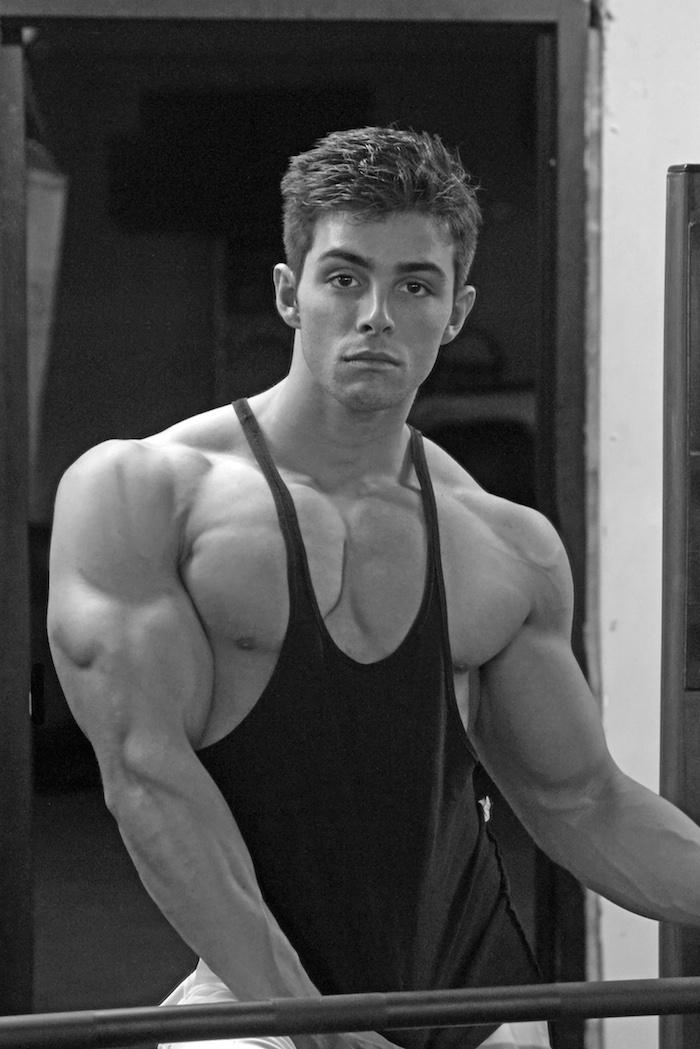 To many West Chester University students, the name “Nico Scipione” likely means nothing. However, if everything goes according to Scipione’s plan, that fact will change in no time.

Scipione, a third-year WCU student with a dual major in nutrition and exercise science, is a student just like any other at West Chester—except for one thing. Instead of spending his weekends at parties or avoiding his homework, Scipione spends that time at the gym. Scipione is a fitness model and bodybuilder.

Within the last few years, Scipione decided that he was going to get serious with fitness. He always enjoyed sports and athletics, but he decided he wanted to take it to another level.  A dedicated athlete and individual, Scipione never half-heartedly tries anything; for him, it’s all or nothing.

Scipione reached out to a few fitness professionals whom he knew around Pennsylvania to get help with where to start. However, once he started his workouts and saw results, he was convinced he could master this pursuit and put himself in a top position.

Scipione is entering bodybuilding competitions this year in hopes of securing a top spot. What makes Scipione’s story unique is that most bodybuilders who compete at this level are sponsored by big companies, go to private gyms, and have a team of personal trainers; however, Scipione trains at the WCU Recreation Center, and he develops all of his own training plans.

Balancing life as a student with the extreme commitment to be a fitness model, however, is no small task.

“Bodybuilding isn’t a time commitment.  It’s a lifestyle,” Scipione said. “Anyone can go to a gym to get fit, but creating muscle and molding a body has to be a lifestyle.  It takes a special diet and a willingness to go to the gym when you would rather sleep in.

“But most of all,” Scipione continued, “it takes a little extra motivation when many of your college friends want to party to remember that your hardest gains could disappear quickly with a night of drinking.”

As a nutrition and exercise science double major, Scipione has been learning the basics of proper fitness for the past couple years. He may occasionally find an interesting article or a discussion of the latest trends, but before adding it to his workout regime, Scipione will consult his ever-growing fitness library, or perhaps consult a professional. Otherwise, however, Scipione’s routine is unique to him and his bodybuilding needs.

Scipione’s story has been an inspiration to many members of the bodybuilding community, because his dedication shows that anyone can reach a goal if they use the resources available to them, which could potentially encourage other college students to consider bodybuilding.

Scipione is planning to do a qualifying bodybuilding competition during winter break, as well as some placement competitions during West Chester’s spring and summer breaks.  In the meantime, however, students can visit Scipione’s Facebook page and join the nearly 29,000 others who have become his fans—or they can find him at the Recreation Center, each and every day that he is in West Chester.

Clare Haggerty is a fourth-year student majoring in English. She can be reached at CH757342@wcupa.edu.