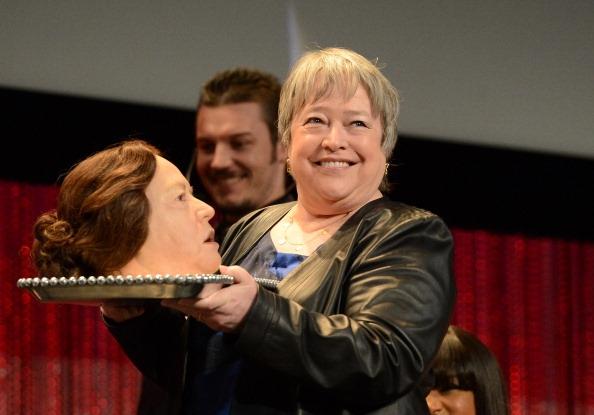 Cue the creepy theme music, American Horror Story fans, the return of the popular FX series is less than a month away. October 8, to be exact.

If you harbor a fear of clowns, you may be steering clear from the show for a while. The upcoming season has been dubbed the title “Freak Show” and will be taking place in the 1950s in Jupiter, Fla. For those of you who felt last season that Coven lacked a lot of the frightening content that makes you fall off the edge of your seat in actual horror, fear not – or do – the new season is rumored to be far, far scarier.

As a testament to these rumors, FX has been releasing some very interesting promos in anticipation of the new season. Staying with the macabre character of the show, the promos are at the very least disturbing, sometimes simply grotesque. The official trailer is a little more tolerable for people with a weak stomach, even bordering on normal – and, as this is American Horror Story, I use that term ‘normal’ loosely. For those of you who have yet to see it, it starts by greeting viewers with an ominous hand pulling aside the decrepit curtain to a circus tent with silhouettes prowling around. For the next sixty seconds, we get to see familiar faces giving life to their new roles.

In no particular order, we have Sarah Paulson coming back as conjoined twins, Bette and Dot Tattler. Kathy Bates will be making another appearance, putting her spin on the classic portrayal of a bearded lady, going by the name of Ethel Darling. Newcomer to the show Michael Chiklis will be portraying Dell Toledo, another classic character – the strongman. We also have the one and only Evan Peters back for his fourth season; thus far, all we know about his character is that in the trailer, he seemed to have something peculiar about his hands, and he will be going by the name Jimmy Darling. In addition, we have back Angela Bassett, filling the role of a three-breasted woman. Another new interesting addition to the show will be Jyoti Amge, the actual record-holding smallest woman in the world. There is also talk Emma Roberts will be taking up her place again, as will Denis O’Hare, as a set of con artists.

Forgetting somebody? Of course we have one last, absolutely integral actress to the series, and information on the new role she will play; the Jessica Lange, back at it, fittingly playing the ringmaster. She’ll go by the name Elsa Mars, and there’s been talk she’s been practicing her German accent for the part. She has won numerous awards throughout her career, but the awards she’s won, specifically,  for her roles in American Horror Story are extremely impressive, including the Primetime Emmy Award, the Golden Globe Award, the Critics’ Choice TV Award, and the Screen Actors Guild Award – and that’s not to mention the other forty or so wins she’s secured for other films and shows in which she’s been. Tragically, however, season four is said to be her final stand on the show of which she has so long been such a big part.

Now, what would American Horror Story be without such an eclectic bunch? Fans have come to expect nothing less. Nevertheless, the new season has a lot to compete with: a murder house (season one), a mental asylum in the 1960s (season two), and a coven of witches (season three). If you felt season three took a safer approach and didn’t broach as much offbeat subject matter as the first two seasons, you’ll be pleased to hear the whispers that have been floating around; it would seem season four is going to pack a dark punch much like season two. As nobody can know for sure yet, you’ll just have to wait until October and see for yourself – if you dare.

Lauren Detweiler is a first-year student with an undeclared major. She can be reached at LD838069@wcupa.edu.