No Second Chance talks about latest record and U.S. tour 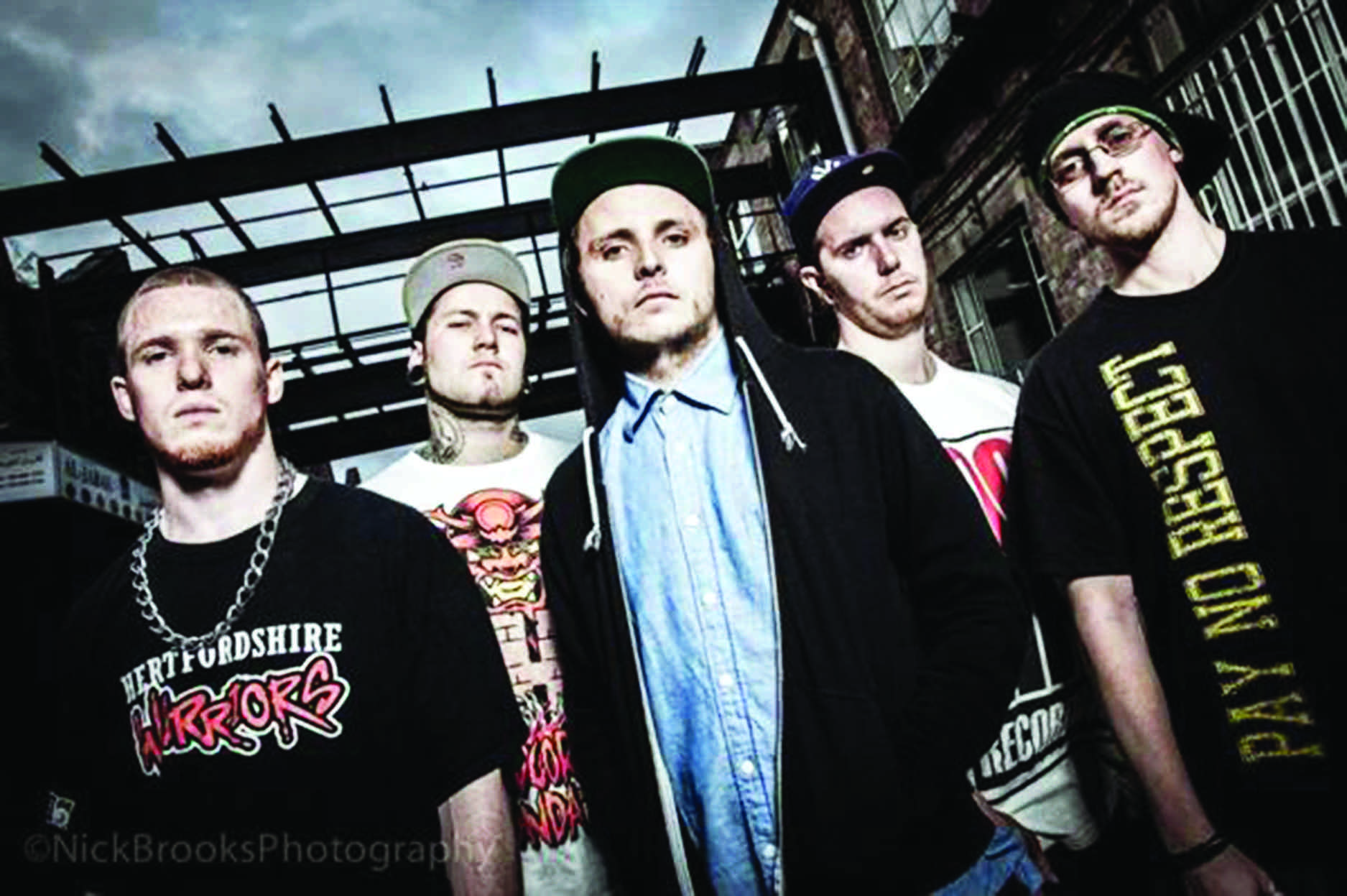 David from the UK hardcore band No Second Chance took a few minutes out of the band’s schedule to answer a few questions about their upcoming record and second US tour, which lasts from April 18-29 with a stop in Phoenixville on April 20th.  The new album Burden of Life is to be released through Eulogy Recordings on April 29th.

Adam Kelly: We’ll start with the obvious, what’s your name, where are you from, and what band do you play in?

AK: For those who’ve never heard of the band or listened to anything like it, how would you describe your sound?

DH: We’re essentially a band playing a dark and often metallic blend of hardcore, mixing up the fast with the heavy on a frequent basis. Certainly for fans of aggressive and to-the-point hardcore.

AK: Last year you guys put out Face Reality, which was one of the heaviest and most unrelenting EPs I heard in 2013. To me, it was a big step up from the debut full-length Never Ending Fear in terms of songwriting, production, and I think the vocalist change was a positive occurrence. How did you guys approach trying to top that release with a new full-length?

DH: You always want to do the best you can on a record with the time and finances available (certainly that’s the case with us anyway) and we made a few changes this time around for the full length; not so much in the way we write or that side of things but more so a few instrument-related things and the mastering we didn’t feel was where we wanted it on the last couple of records. The studio and engineer change for Face Reality opened our eyes to some areas that we felt we could improve for the next record and we worked towards that. For Face Reality we had only two guitars to choose from and for Burden Of Life we had six and we used a brand new drum kit on this record that’s a way better standard than what we used before. We’re happy with what we’ve come out with.

AK: What are some of the bands and guitarists that inspire you to create music?

DH: Hard to put it down to a few really because I’m influenced both directly and indirectly by so many different genres and bands. I got involved in So-Cal type skate punk before I got into hardcore and metal and the first hardcore bands I heard were bands like Ensign, Bane and American Nightmare – I guess those bands seemed like a fairly natural transition from punk to thrashy-type hardcore and then into heavier styles of hardcore. It changes almost weekly, but lately I’m really digging Downpresser and Expire type stuff lately which I think reflects in places on Burden Of Life.

AK: For the guitar/gear nerds such as myself, what gear did you use for the recording of Burden of Life?

DH: For guitars we used ESP LTD guitars (EC331 & EC401) doubled up, first side was through a Peavey 6505 through a Marshall 1960A Lead Cab and then the second side was through a Mesa Dual Rectifier through a different 4×12 Marshall Cab. We also had a couple of SG’s, plus an Ibanez and a Slash Signature Gibson Les Paul, but ended up sticking with the ESP’s for a whole host of reasons. For bass we used an Ibanez K-5 through an Orange bass terror head and sans amp through a Peavey 4×10 cab. Drums were on our new live kit which is made by Brazilian company Odery, quite new to our shores but they are making some insane kits and that made a huge difference on Burden Of Life. Cymbals were a Turkish company called Murat Diril.

AK: I got to see No Second Chance at a small venue in Phoenixville last year. This particular one was your first US show and it was a bit odd in that all of the other bands were pretty mediocre punk bands at best and you guys had almost literally just got off of the plane. That probably wasn’t the best first taste of America, but what was the coolest thing you got to do in the US?

DH: Yeah that was one of the hardest shows to play for us straight off a plane, luckily the shows got better. Haverhill, MA and Syracuse, NY were pretty insane shows but even the not so good shows were a new experience for us and we met a lot of new people and made friends along the way.

All of it was cool but personally one of the coolest things I think we did was on the last couple of days before coming home when we stayed with Mitts Madball [guitarist of New York Hardcore legends Madball] and he basically gave us a true New Yorker tour of Manhattan and we took a couple of band pictures there – kind of seemed a bit surreal that we were standing in Times Square having just finished a tour and quite hard to put the feeling into words, but I guess anyone who’s been in a touring band and found themselves in an unlikely place a long way from home might know the feeling.

AK: Burden of Life is coming out April 29 on Eulogy Recordings, which is a pretty well-known and dare I say legendary label in hardcore. How did you get hooked up with them and how does it feel to put out a record on a label that a band you covered was on (Black My Heart)?

DH: It’s pretty amazing, a lot of Eulogy bands have been in our CD collections through the years so to be part of the illustrious family is cool. We just started talking pretty much as Face Reality dropped on Rucktion Records in the UK and it went from there, John is really good to work with. Part of our determination to go one up on the production of the full length was the label’s history.

AK: Where can all of us in Pennsylvania catch a No Second Chance set?

DH: We’ll we’re back in PA next month on April 20th at The Polish Club in Phoenixville and hopefully a more solid line-up this time round!

AK: Thanks for your time Dave, is there anything else you’d like to say that we didn’t cover?

DH: We’re on the road in the US April 18-29. with Drowning from Chicago and Triumph Over Shipwreck from El Paso. Keep an eye out for more details on that very soon!

Adam Kelly is a student at West Chester University. He can be reached at AK820454@wcupa.edu.