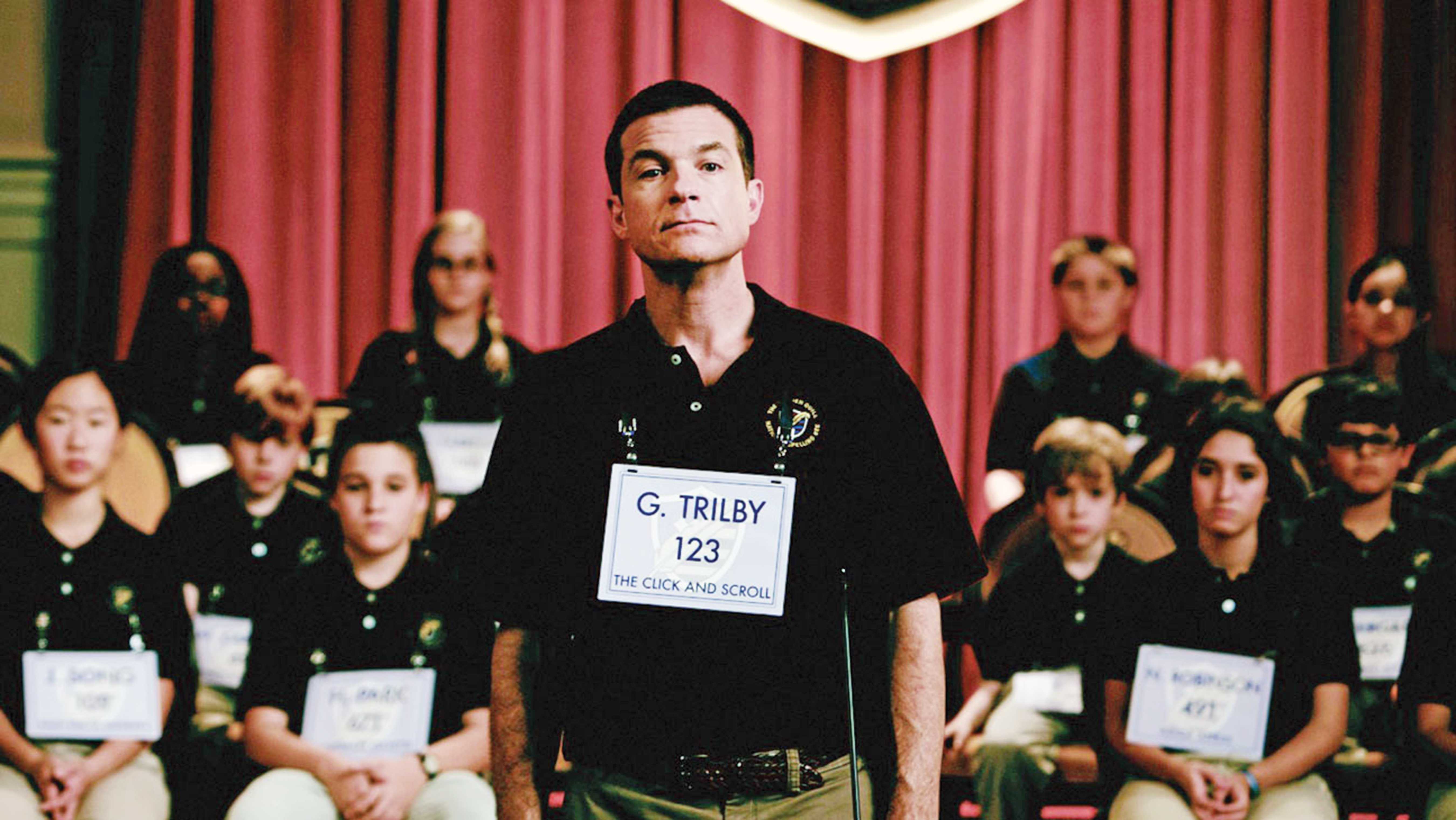 Jason Bateman simply, but delightfully described his experience as a first time director with his new film, “Bad Words,” by saying, “I’ve always wanted to do this…and it just kind of happened.”

In a college conference call, Bateman answered many students’ questions about his new film and the transition from acting to directing.

He goes on to say that directing is a “much more challenging and gratifying effort” and that he was excited to take on the responsibility.  “Bad Words,” playing in theaters now, tells the story of Guy Trilby (Bateman), a 40-year-old middle school dropout who finds a loophole in a national spelling bee and enters as an adult to seek revenge for losing many years prior.

“I share the same dark sense of humor with this script (written by Andrew Dodge), it really made me laugh,” which is one of the reasons why Bateman says he took on the project.

With the lead character of Guy being a filthy, ignorant jerk (a drastic difference from his beloved role of Michael Bluth in Arrested Development), Bateman described the decision to cast himself as the star instead of finding the right person by saying, “It would lighten my work load by not having to direct a lead actor, especially with this specific tonal target of this character.  So I went for it, and it was comfortable.”

The film premiered at the Toronto International Film Festival and received great reviews, impressing many production companies, which started a bidding war between distributors.  Focus Features, who was Bateman’s first choice anyway, ended up taking the film under their wing.  As far as directing, Bateman said he would do it full time if he could (Don’t leave us yet Michael Bluth!).  He said, “If I could rub a genie bottle and get my wish, I would do what guys like Ben Stiller, George Clooney, or Ben Affleck do where they split their time between acting and directing.”

Anyone who’s been acting since the age of 12 definitely deserves a change of pace in their career.  Bateman said his opportunities as an actor and having a “great seat” on the ride of Hollywood let him see how incredibly complicated it is to make a movie as a director, and describes them as “very skilled people who barely get any attention.”

After starring in recent comedies such as “Horrible Bosses,” “The Change-Up,” and “Identity Theft,” it is refreshing to see Bateman in something a bit smarter, darker, and more risqué; something that pushes the envelope a bit more than he is used to.  He wanted to make something like Being John Malkovich, a film that is a “cocktail between eccentric people and absurd situations that is a drama to everyone inside the movie.”  He also went on to praise directors like Paul Thomas Anderson, Spike Jonze, David O. Russell, Alexander Payne, and the Coen brothers.  Bateman said he connected with the topic of the film because in grade school he lost in the first round of a spelling bee, failing to spell the word “answer”; “It was that tricky little ‘W,’”  but he went on saying, “I’m a decent speller, I’m better than my wife…which is all that matters.”

Bateman explained how proud he was of the film and himself with the fact that he was able to keep his head on straight during such a hectic, brand new experience.

“Bad Words” is an off the wall, black comedy that reveals Jason Bateman’s skills as more than just an on-screen average Joe.  This is one of the most impressive directorial debuts in years, and we can be sure to expect big things from Bateman as he continues his new creative outlet with the upcoming project, “The Family Fang” which is in preproduction.  His desire to inspire and oversee both behind and in front of the camera is evident with the witty humor and complex storytelling within the film, as we see Bateman at one of his all time best.

Drew Drevyanko is a fourth-year student majoring in communication studies. He can be reached at AD739888@wcupa.edu.