West Chester University trapped in an illusion of safety? 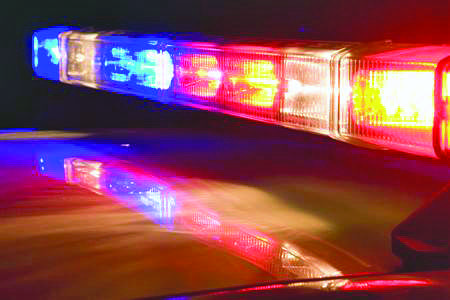 Let me paint a picture for you. You’re walking around town with your friends one weekend.  It’s late at night and your friends decide they want something to eat.  After searching your wallet, you realize you are all out of cash, and you left your debit card at home. Fortunately, you remember that you have some Rambucks on your ID card.   Luckily, many restaurants in town have formed a relationship with the university, accept the card and use it as a debit card.  Thank goodness because you really wanted some Pita Pit.  I’m sure the idea of a nice warm Pita excites you, but have you ever thought that the night might end badly for you on your trip to or from the short distance to Gay Street?

Sadly many students have had their nights end in catastrophe after an innocent night spent taking advantages of the experiences that West Chester has to offer.  There have been numerous assaults recently occurring against West Chester University students, yet the student body has not been informed about them.  Earlier this March, a West Chester University student was the victim of an assault that occurred on High Street, around 200 feet from the edge of Campus. The event was unprovoked, and the student sustained serious injuries. However, the on-campus Public Safety refused to release a Timely Warning statement informing the student body about the event. The student, who has chosen to remain anonymous, made the following statement regarding this incident:

“I can’t help but feel bad for the tortured soul that feels the need to commit such senseless acts of violence. That being said, it would be a shame if these acts were allowed to continue unpunished, and without proper warning given out to the people that could be affected. If college kids are going to be at risk of being in danger in the town of West Chester, then West Chester University needs to make this better known to its students. Also, if there are a considerable amount of crimes being committed against WCU college students, then maybe there are steps the university should be taking to prevent such crimes.”

While this student’s experience was severe, these types of incidents occur very often. They may range in severity, but are all equally devastating to the individual victims.

As of now, University policy states that assaults and similar incidents do not have to be reported to students if they did not occur on campus.  What the university is really doing with these assaults is failing to inform and protect their students.  There is a blurry line between where campus ends and where town begins.  Most of the students that go to this school live off campus, and the town is a huge part of the culture here at West Chester University.  There have been too many students seriously injured while they are out and about. This view Public Safety maintains,  is that because it did not occur on campus,  it is not a concern to students this concept needs to change.  It is understandable that Public Safety would not want to over-report incidences for fear of scaring potential and current students. However, it is more damaging to students to under-report than it is to over-report.  The campus is not just the university; it is the entire area where students live, work, and play.  The University recognizes that students spend their time off campus, and they form relationships with businesses allowing students to use “Ram Bucks,” which goes through the school. By doing this, they are thus recognizing that this is the students’ domain, and therefore is also the university’s. These assaults not only are unprovoked, but often met with an unsympathetic attitude from the West Chester police and Public Safety.  Why do these law enforcement officers act as such?  It is most likely because these assaults occur all too often to students, and there is no one to place blame on.

If students were aware of what is really going on off campus in West Chester, if they saw through the illusion of safety that the town has, they could better protect and prepare themselves from the potential of danger.  The real issue is that students are not aware these incidents are even occurring. While it is the student’s responsibility to consider his or her own safety while out in public, this is impossible if they are not informed of the crimes being committed against WCU students. There has been a petition started to require the school to alert the students about any assaults that happen to West Chester students in the borough of West Chester. WCU is not the only university suffering from the issues of not being informed. Recently, Temple University students have made attempts to bring awarness to their university that they do not feel safe and informed. They have already had success in changing university policy. Kudos to Temple University for taking their students’ concerns into consideration and making changes to better protect and inform the student body. If you believe that it is your right to know what is going on in the place that you call your second home, then I urge you to sign the petition that has been created for WCU. If you would like to help in this effort, please contact Tasha Buckley at TB764692@wcupa.edu.  Until we are able to make changes to better the safety of the student body, stay alert, walk in groups, and like my mom always tells me, make good choices.

Tasha Buckley is majoring in Nutrition Dietetics.  She can be reached at TB764692@wcupa.edu