It’s all in atmosphere 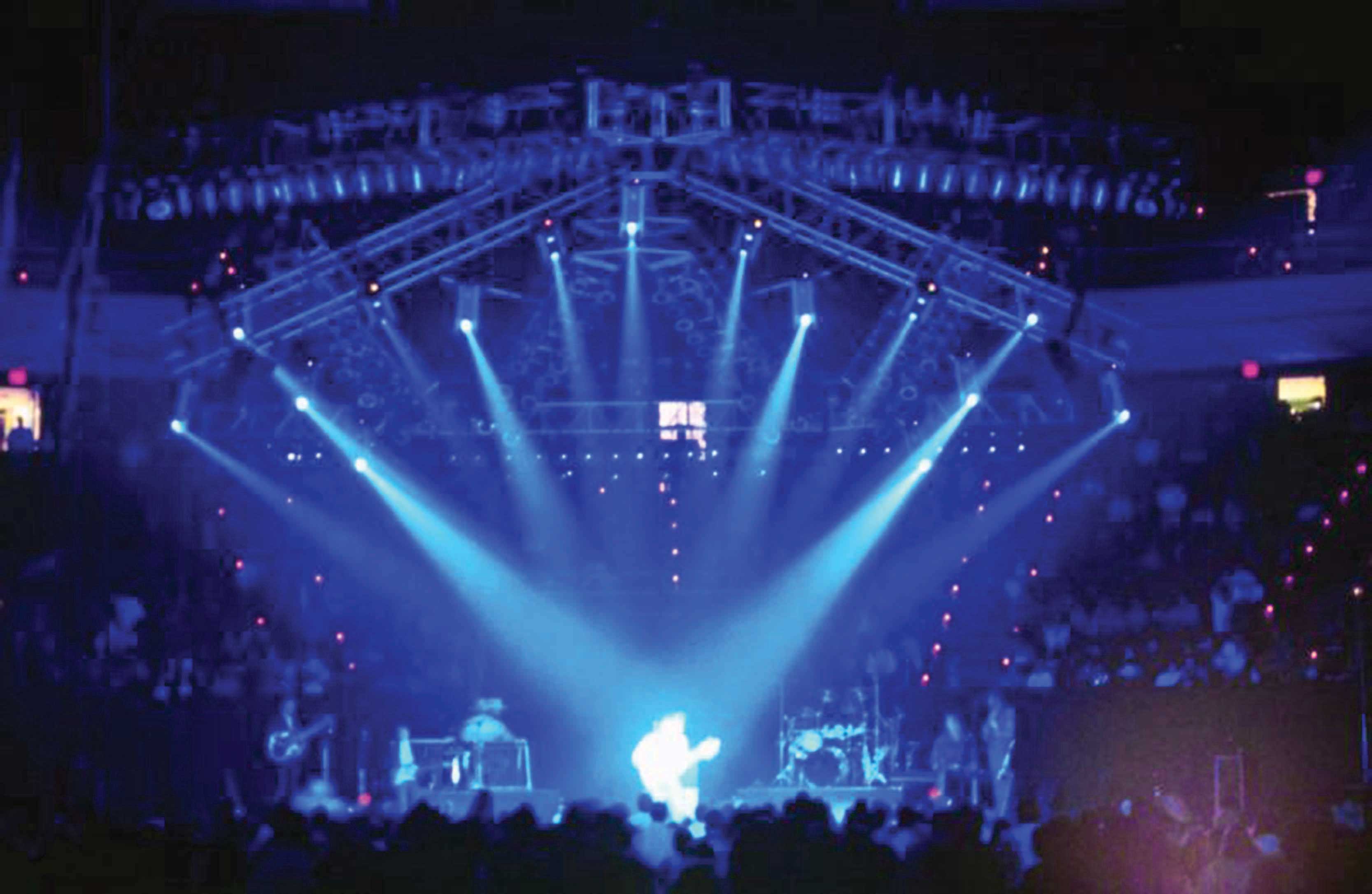 Imagine this scene: you’re in a venue that’s dark, dank, hazy, and has an indescribable aroma that can only be made by mixing at least five or six various scents. The mood is antsy; the room’s temperature is almost to a point of uncomfortable humidity, and the people are packed together, with more filing in by the minute. Then, without notice, the neon lights beam on and illuminate the stage. The bass starts up and you can feel the pounding of the drums as it syncs up with the pounding in your chest. The razor-sharp scream of the guitar kicks in, followed by the lead singer’s vocals, and before you know it, you’re belting out the lyrics of the song along with everyone else in the room.

What else could I be describing other than a concert. As is now the case when thinking of topics for So It Goes, I take inspiration from things that happen throughout the week. This past week, Tuesday the 25th to be exact, I went to a concert in Philly with my friend Katie. The venue was the uber-cool Electric Factory and the acts were (in order) Alex Winston, MS MR, and Grouplove. On a side note, I just want to say that Tuesday was my first time at the Electric Factory, and I have to say I thought it was a really groovy, underground-ish place to go for a show.

Anyways, the entire show was great. Alex Winston, a Michigan-born singer-songwriter really brought it vocally. MS MR had an interesting, unique stage presence and Grouplove, well, they blew my mind. Their energy was high-octane and jumpy in the best way possible. The light show was vibrant with rays of teal, red, and lime green splashing off the walls and into the crowd’s faces.

Afterwards, the whole night got me thinking about concerts, but one detail in particular: their atmosphere. I thought about what goes into a concert’s atmosphere that makes it awesome and enjoyable, and in other cases, excruciatingly lackluster. I came to the conclusion that if I’m going to a concert, I want it to be in a cool venue, have a sick set of visuals (i.e. light shows, artwork, projections, etc.), and have an audience that can match the energy of the artist(s).

Let’s face it, you can go to a concert to see your favorite band or singer, and that alone would be great, but if the overall vibe of the event isn’t right, the whole experience can be diminished.

I decided to ask a friend who has gone to a lot concerts recently for his opinion on atmosphere. Wilhem Barnes, a sophomore here at West Chester, has been to at least 18 concerts at various places, his favorite being the Union Transfer in Philadelphia. When I asked Barnes what goes into his idea of the perfect concert atmosphere, he replied, “It depends on the concert, the music, and the artist’s energy. But generally I look for great light shows, stage focus, and the overall visual appeal.”

Curious for more perspective, I reached out to a Public Speaking classmate of mine from last semester, Lynda Selegean. I recalled that she gave a speech about the sense of community she feels when she attends concerts. Selegean shared a lot of the same opinions as Barnes. “The three most important things that contribute to an awesome concert experience for me are the quality of the lights and sound, the energy and etiquette of mutual fans, and the stage presence of the band.”

I have to agree with both of my two interviewees in saying that there is not just one thing that goes into making the atmosphere of a concert great. It draws on a variety of things from sound to crowd behavior to the actual artists performing. However, I also believe there is a little bit of mystery to it, and that mystery adds something that nothing else quite can. Till next time my fellow concertgoers, so it goes.