Mayweather vs. Maidana, why Maidana has a chance 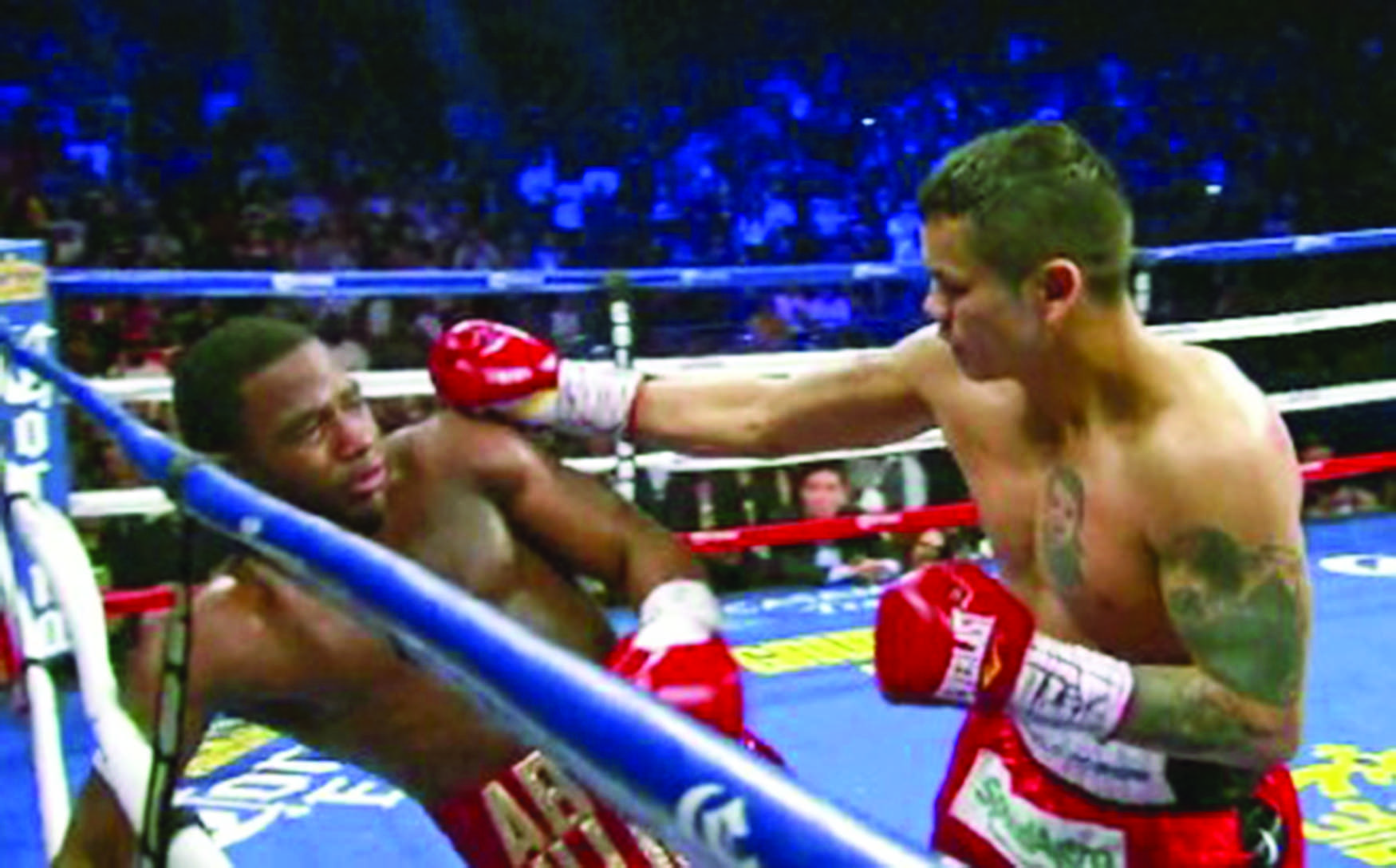 Now that we are aware who Floyd Mayweather will be fighting, we can assume that he will pick up a win. But not so fast, as there are still reasons why all is not completely lost, as there is still hope for Maidana and the fans.

We saw that Maidana will fight through anything, as he epitomizes the word “warrior.”  This fight is the better option than Khan for this reason. We’re more likely to see a 12-round decision, as opposed to a 5 round knockout. This, in turn, also means that Maidana will continue to pursue the slicker, more elusive Mayweather, despite the circumstances. Even if Maidana is losing on the scorecard late, he won’t give up, and will still be pushing for the knockout.

Maidana is a power puncher, which everyone knows. While he did look mediocre at best against a tactical fighter such as Devon Alexander, he still has a lot of pop in his gloves. It’s rare that Mayweather gets caught flush with a big shot, but if he does it could leave Floyd looking like his buddy Adrian Broner. Maidana will have to be persistent, and find his opportunity to land a big shot. He should watch some of his predecessors such as Shane Mosley and Zab Judah, who both did happen to hit Mayweather with some big shots early on.

3) The Role of the Underdog

Every fighter is an underdog when taking on Floyd Mayweather, but Maidana relishes the role. He lets the others do the trash talking, while he gets it done in the ring. Maidana beat up on the heavily favored Victor Ortiz early in his career and has done so on multiple occasions. His biggest upset came in his last fight when he battered the once to be heir to Mayweather himself. If he can find a way to stay in the fight, he may be able to dethrone the king.

Maidana at this point of his career is a proven veteran. He has one of the better resumes in the sport, and looks to build upon it May 3. He has the experience needed for an opponent like Mayweather, but is also not out of his prime. For a long time the Argentinean has fought on the undercards of the pound for pound great, but will now have a chance of his own. He did it the right way through the merits of hard work and winning fights, not just expecting the fight by name recognition.

Coming off a tough loss to Devon Alexander, and being 2-2 in his last four fights, Maidana sought a new trainer to help him improve upon his craft. In most of his prior fights, he was able to get away with being a one dimensional fighter with overwhelming power. But the defeat to Alexander exposed him, as a fighter who could be easily outboxed. Then Robert Garcia took the helm, and it has paid dividends. Maidana has not lost since; he’s improved upon his footwork, and uses more movement to get inside on fighters. Some of these small adjustments have had a substantial impact. The camp hopes to execute the game plan setout, which is easier said than done. But Maidana will look to take these improvements with him and pull out the win. The camp is confident after stringing together four victories in a row, they look to make it five on May 3.