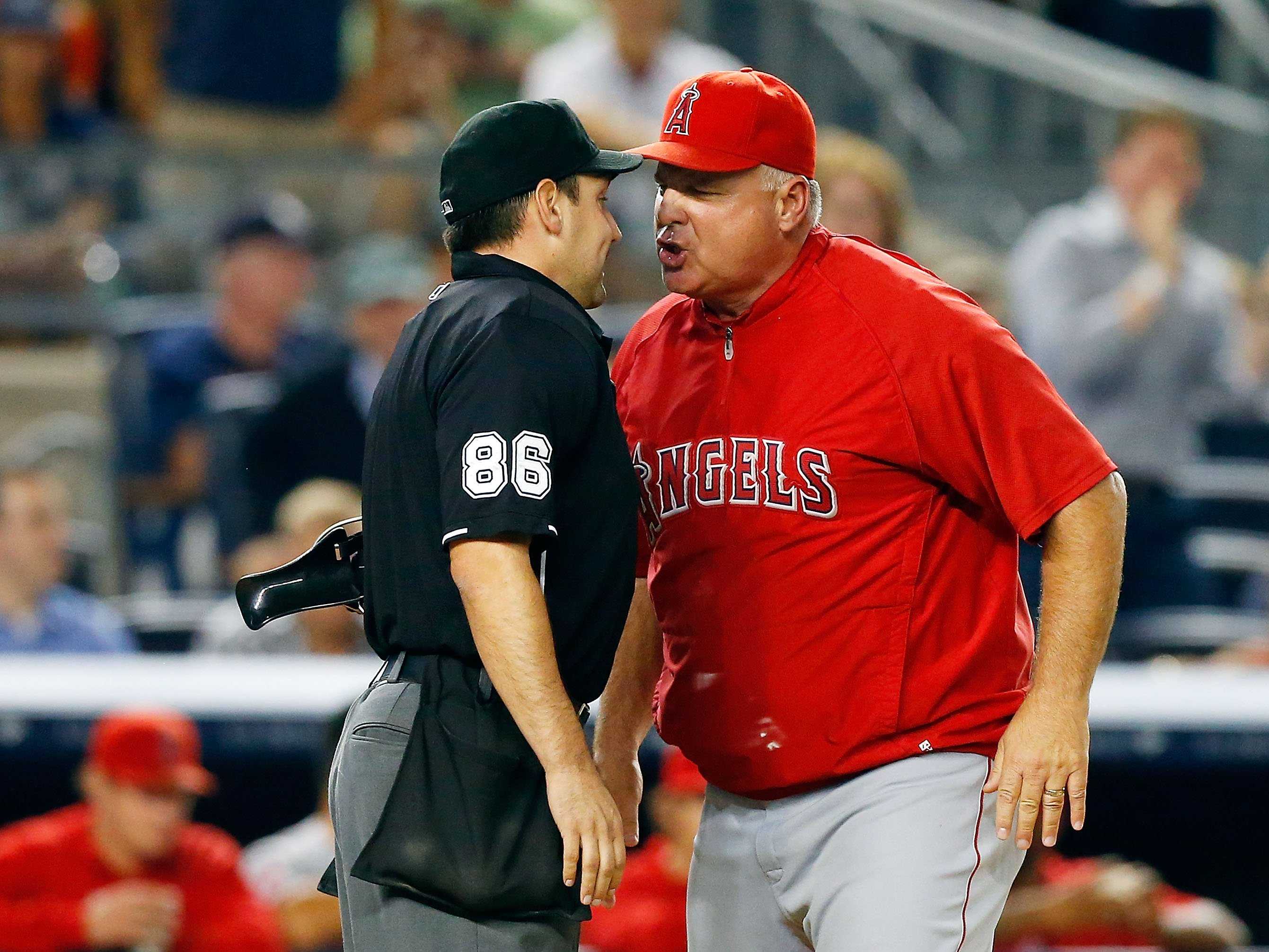 Opening Day is almost here, and the fans are ready to fill the stands. This year baseball will be slightly different, especially for those traditionalist that want to preserve the origins of the game.  With new technology readily available, Bud Selig and Major League baseball decided to utilize instant replay. Other sports have adapted this new method of making more accurate calls such as football and basketball. Just like football, baseball will now have a challenge system. We saw it used in a game with the Angels and Dodgers. Mike Trout was trying to score at the plate and it was a quick bang bang play. Trout was ultimately called out, and Angles Manager Mike Scioscia went to challenge the play.  The call was upheld, but it was interesting to see how the new system would work. It was fitting that Scioscia was one of the first mangers to use the new replay system since a bad call cost his team a chance at the World Series in 2005.

There have been too many times where a bad call has ruined the game for a team. A prime example was with the Angles in 2005 where there was huge dispute on a dropped third strike call, which changed the outcome of the game. The White Sox won the game as a result, and one week later, in the next round of playoffs- they won the World Series.

Another prime example was in 2011 when pitcher Armando Galarraga was one out away from a perfect game. Jim Joyce, the first base umpire made an erroneous call, which ended up costing the Tigers’ pitcher his perfect game. Everyone knew that the call was wrong, as the baseball world was flabbergasted by the outcome. If replays were used back then, Galarraga would have had the perfect game – one of the hardest feats in all of sports.

The system allows mangers to only challenge once a game, and twice if they get the first one right. It is similar to football in that respect, but with one less challenge. Only one mere challenge? The idea is to not have mangers abuse their challenge privileges, and use them only when absolutely necessary. Umpires are able to look at plays on their own after the sixth inning. Perhaps, Bobby Cox would have been ejected slightly less if the replay system was around during his managerial days.

Critics of the replay system argue the game will be slowed down, and baseball is already a game that can be slow at times. Replays were implemented last year for homeruns, but this year have been expanded to close calls in key situations. Ultimately, calls will be more accurate after replays are used.

Though the game maybe slowed down in the end, the benefits of replays and the accuracy is worth the wait for us baseball fans.