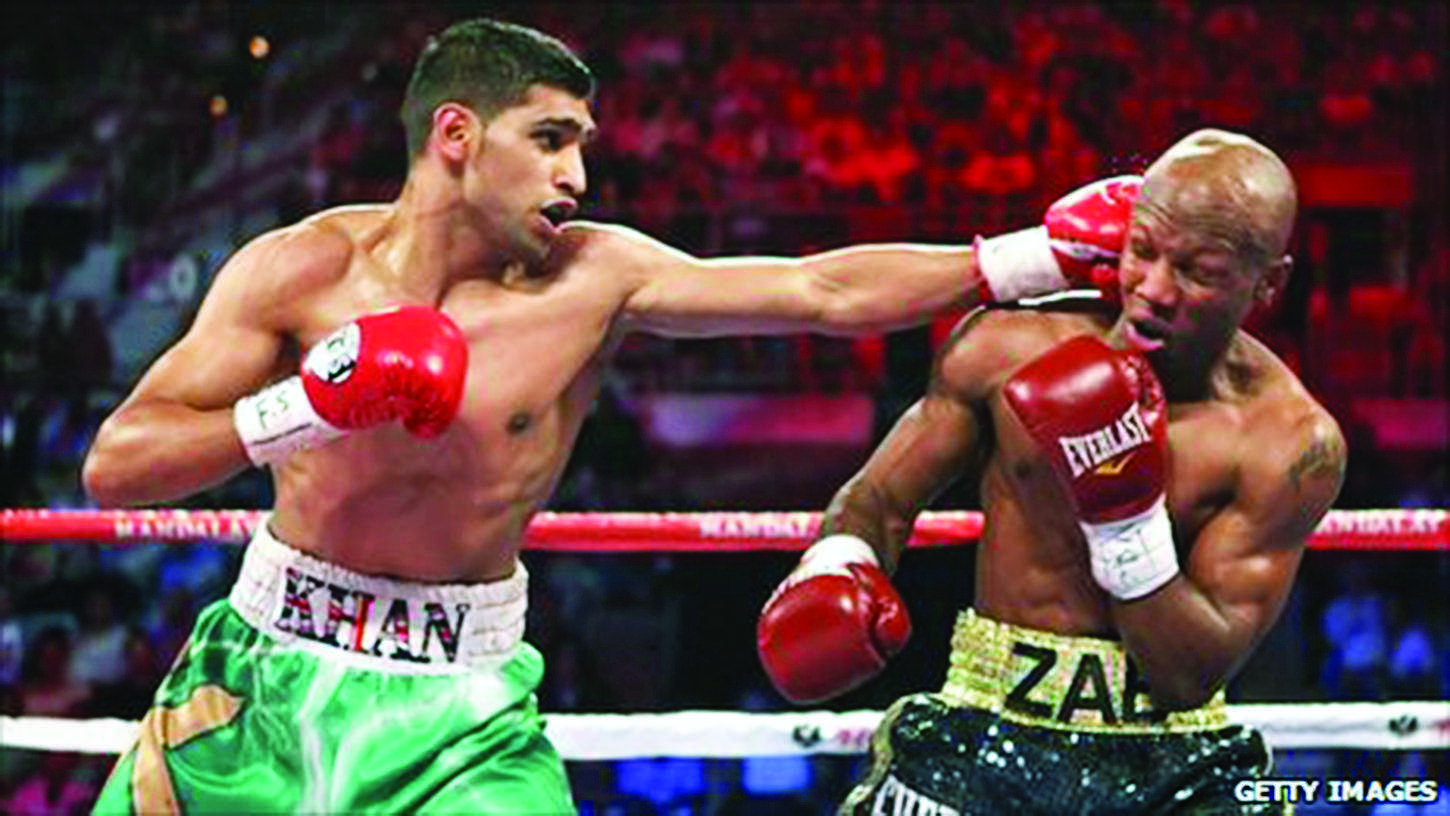 Amir Khan is devastated that he missed out on the Mayweather sweepstakes, taking to twitter to lash out at the number one pound for pound fighter. Khan was surely mistaken, when he thought he would receive what he perceived to be an obligatory shot at the champ. He avoided a big fight with Devon Alexander in pursuit of that bout in May, only to come up short. Now that Khan is reeling, he has to test the waters, and see what else is available. How about that guy, who is a want to be Mayweather?

Adrian Broner too, is now without an opponent, after Maidana chose not to acknowledge the rematch clause that the brash talking 24 year old wanted to exercise. Both men have lost to Maidana in a way. Although, Khan beat Maidana in the ring, he lost out to him on the big payday that he was after.  Subsequently, they are now both without a dancing partner. It would be mutually beneficial for these two men to square off, for a multitude of reasons.

Khan is a big talker, and we know that Broner is as big as they come in this department. The two would be sure to have a war of words leading up to the bout. Though it likely wouldn’t be a pay per view fight, the constant back and forth would certainly help promote the event. It’s a fight that will easily catch the public’s interest based on name recognition alone. Additionally, the fight can be made with limited obstacles, since they are both in house fighters with Golden Boy.

Both have looked short of stellar in their recent fights. These two men clearly still want the big fights, and though they have some notable wins, they have no real marquee victory. Khan has an impressive list of names on his resume earlier in his career, but what has he done lately? He’s 2-2 in his last four fights, and looked shaky in his last win. Broner is also in a situation where he needs to bounce back to maintain his reputation as one of the better fighters in the sport. He is seemingly all about the money, and this fight is still one of the bigger fights that can be made for him. A win over Khan could put Broner’s career back on the right track and lead to more big money fights down the road.

Khan will have to earn his way to big fights, not just bypass opponents hoping that he will get a chance at one. He has not fought since last April, and was nowhere near ready to take on a fight of that magnitude with a top fighter like Mayweather. If Khan does take on Broner and does pass the test, maybe in the future he will get a shot at Mayweather. After all no one messes with his little brother.  If Khan does win the fight, Mayweather has stated he would fight him. Although it may be an empty promise, it would be worth the gamble.