Great speech, but little hope for action in Washington 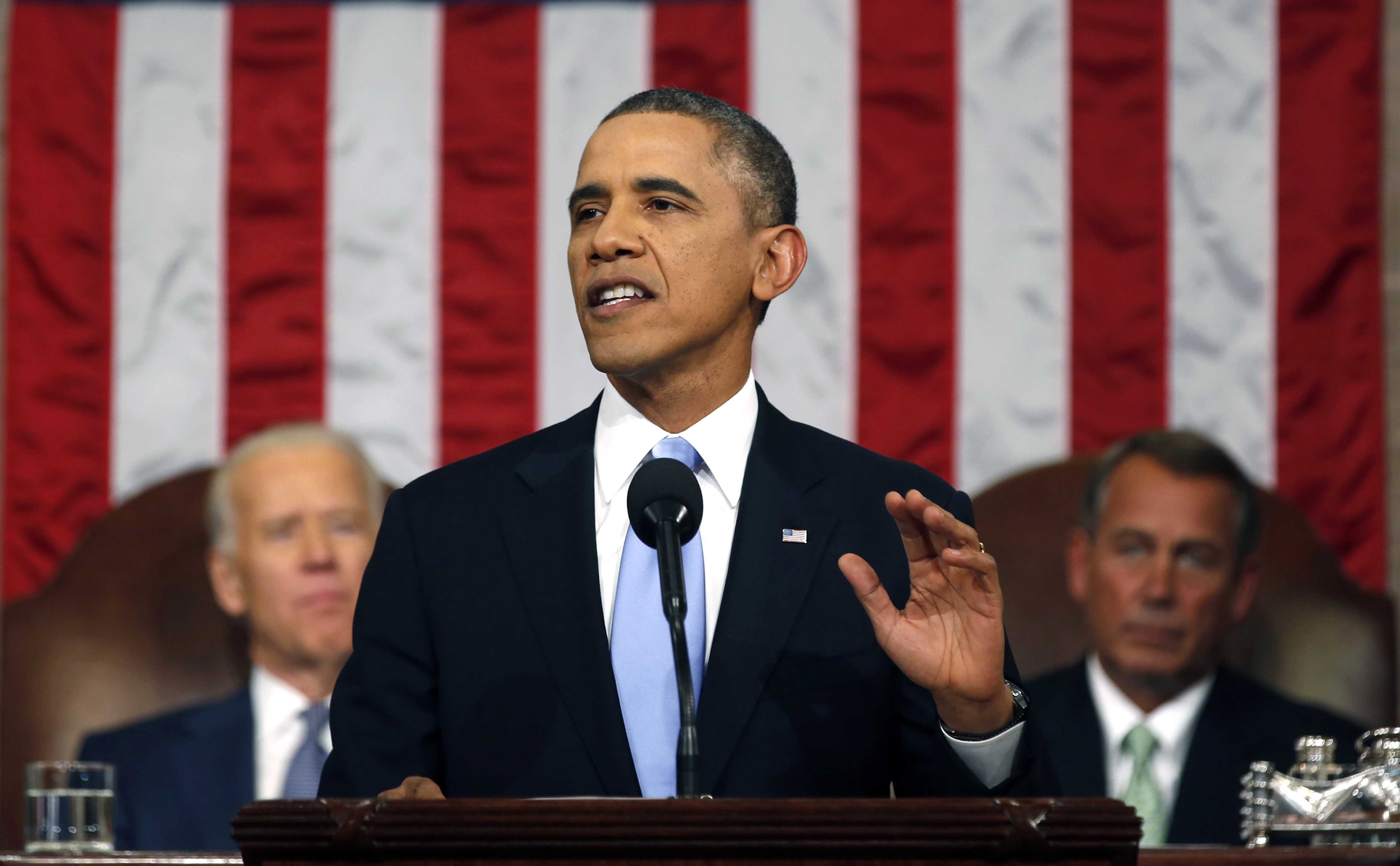 President Barack Obama’s State of the Union speech Tuesday night was a rousing reminder that from now on, his presidency is primarily about one thing: ensuring that all Americans, regardless of their status at birth, have the opportunity to reach the middle class and beyond. Amid the partisan rancor of our daily lives, it was a moment to stop and reflect on what Obama and his allies are really fighting for.

The speech was the most realistic of Obama’s presidency _ the first time he has so openly acknowledged that pretty much any proposal requiring congressional approval is going nowhere, at least before the November election. Depressing as that is, it’s better for the country to see Washington as it is rather than hearing a president pretend it’s different and list legislative proposals that will go nowhere.

There were no big new policy ideas, a reflection of this reality. Instead, Obama reiterated points he has been making for months and in some cases years. He asked Congress for preschool funding, tax and immigration reform, to eliminate subsidies to fossil fuel companies, extend unemployment insurance, raise the minimum wage, fund infrastructure spending, protect voting rights, close Guantanamo and impose some common-sense gun regulations.

Every one of these ideas enjoys widespread public support. Yet immigration reform is probably the only one with even a slim chance at passage this year, and that is because some Republicans realize immigrants are becoming a powerful voting force.

Still, Obama’s persistence is inspiring. He knows that the battle to restore upward mobility and the middle class, for example, will be a long one. As he recently told David Remnick of the New Yorker, “One of the things that I’ve learned to appreciate more as president is you are essentially a relay swimmer in a river full of rapids, and that river is history.”

It was also refreshing that Obama did not apologize for his flawed but essential health care reform law, which despite its glitches is bringing economic security and peace of mind to millions of Americans. He was right to challenge Congress to come up with some of its own ideas instead of just continuing to try to repeal his _ 40 times so far.

Obama’s promise to do what he could in the absence of congressional action was smart politics, even if it will result in little real progress. For example, his executive order requiring new military contractors to pay at least $10.10 an hour will affect perhaps a few hundred thousand workers _ but along with his promise to persuade employers to follow his lead, it is a pointed reminder to Congress that tens of millions more could be helped by an increase in the federal minimum wage.

A big question for Democrats was whether Obama could give them a platform from which to wage the bruising battle for control of the Senate this fall. Philosophically, he has done that. Whether that’s enough will depend on the response by Americans to the principles he reiterated Tuesday.